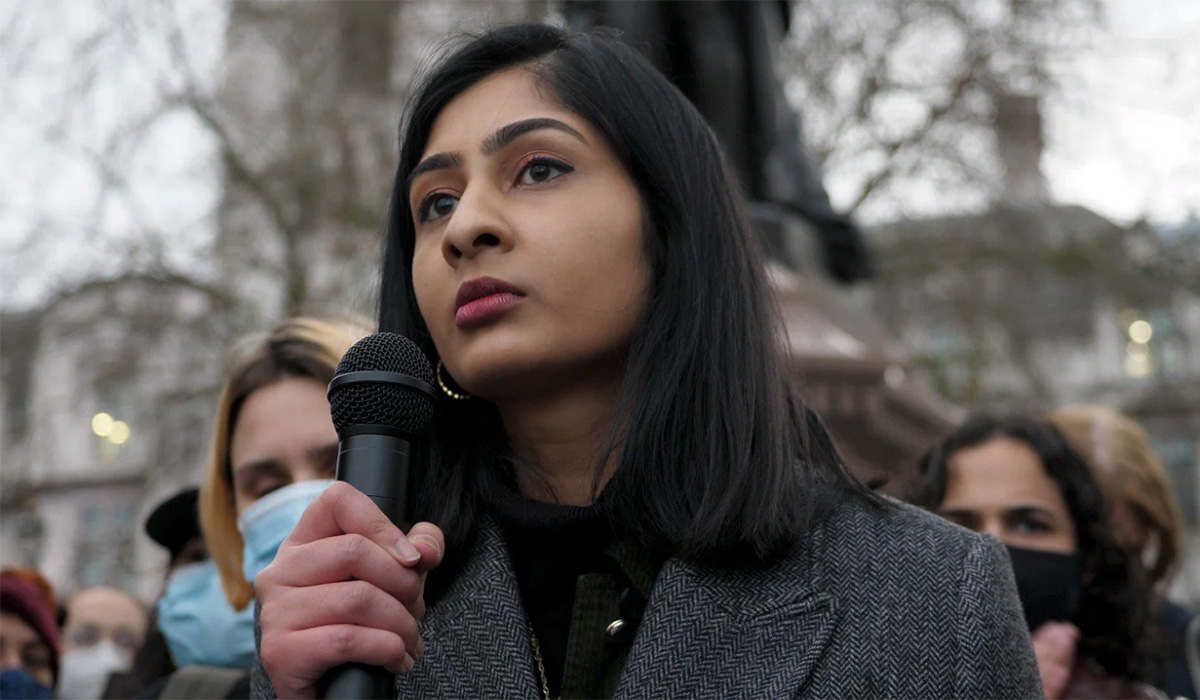 How Zarah Sultana is Sparking Political Fire in the Youth

A myriad of viral Tweets and TikToks have rocketed the West Midlands backbencher, Zarah Sultana, into being a favourite among left-wing, young people.

Her inspiring calls to action, relatability and willingness to hold the Tories accountable as a young MP, have all contributed to the online reputation she has received.

Racking up a total of 3.5 million likes on TikTok, Zarah Sultana’s comments are swarmed with people calling on her to run for Prime Minister.

A video of her speaking in the House of Commons about the wealth gap in this country is her most viewed TikTok and has been watched over 2.7 million times. Having a viral video from the House of Commons posted by an MP was previously unheard of, but that’s exactly Zarah’s impact.

Racking up 1.7 million views, was a video of her running to PMQs with Stormzy’s infamous Vossi Bop lyrics playing in the background: “I could never die, I’m Chuck Norris / Fuck the government and fuck Boris”.

People are surprised to see an MP ‘messing around’ on TikTok but the comments are a shining example that her ‘shock factor’ videos are encouraging education and discussion around important political events.

Growing up in a working-class community in Birmingham, Zarah Sultana has seen first-hand the negative effects Thatcherism and some Blair policies have had on her family and the people around her.

Her views are very much reflective of the Corbyn Labour Party and holds a similar command over social media, which arguably contributed to the success Labour had in the 2017 election.

Today, with young people seemingly becoming increasingly politically active, only around 47% of 18-24 year-olds voted in the 2019 General Election. Young people feel forgotten, but the 28-year-old Coventry South MP is changing that.

Part of the problem is that politics is still seen as an elitist interest that you have to spend years studying to understand, but that simply is not true. Young people engage with TikTok and Twitter on a daily basis, so coming across short clips and Tweets explaining difficult concepts is very important to dismantle outdated beliefs.

TikTok played a massive part in spreading information about the Black Lives Matter movement in 2020 and showed the world how social media can spread news like wild fires, maybe even more so than traditional news outlets, and Zarah Sultana is not ignorant to this.

She is changing the way young people engage with politics by making it more accessible. The way it should be.

Social media can often be breeding ground for misinformation and fake news, so having an MP being active in a way which galvanises those who may otherwise take a back seat to politics is a really positive step.

She often gets a bad reputation in the news because of the way in which she delivers her points, but behind the funny delivery is educational intent.

For example, Zarah gifted Jacob Rees-Mogg a copy of A Christmas Carol after he accused Unicef of “playing politics” for handing out food parcels worth £25,000 to British school children in December 2020.

Although she delivered her point in a tongue-in-cheek way, it brought attention to the views of the leader to the House of Commons which could have gone unnoticed.

Although Sultana was only elected as an MP in 2019, she has already made a positive change in the way young people engage with politics and takes action on the issues she believes in.

Straight talking MPs and journalists who are adapting to the way young people consume news are part of the positive change we are seeing and encouraging engagement with young people and politics.