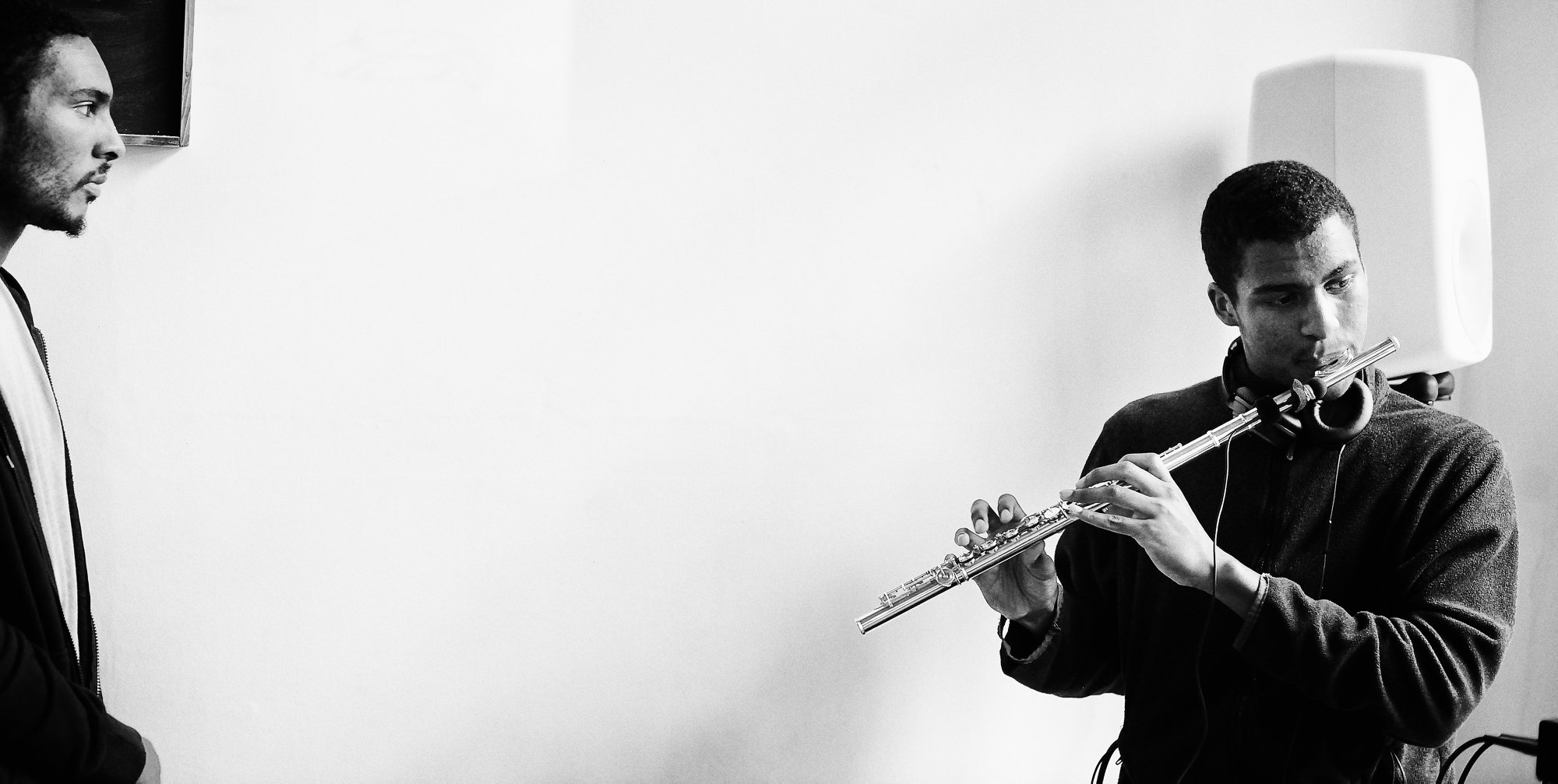 Over the years, Xhosa Cole has gone from strength to strength. From being named the BBC’s Young Jazz Musician of 2018, to shining as a composer and at multiple festivals such as Flatpack and the Ideas of Noise.

He’s collaborated with Brum greats such as Soweto Kinch and electronic duo EIF and Xhosa’s creative outlet shows no limits. In 2020, he also released Stationary Peaceful Protest, a piece of work that combines vibrant animation, spoken word and of course, jazz music.

Xhosa’s success has been attributed to the community arts programs he was able to access whilst growing up in Handsworth, a place with a rich musical lineage. From Musical Youth to Steel Pulse, Handsworth can’t be left out when talking about the history of music in the UK.

Today however, Xhosa Cole is one of many setting a new precedent for what it means to be a young Black man from Handsworth.

Xhosa speaks about his latest project: Jazz Nights at the Legacy COE. It’s a project which he considers to be his “adopted child” and the main reason why he’s back in Birmingham.

“I wanted to create a space where we could bring the music that we [usually] take out into concert halls up and down the country back into the communities that it’s come out of, back to the people who have a strong connection with the history of this music.”

As he talks it’s obvious that Xhosa is passionate about connecting communities and creating the same opportunities that he experienced as a young person for someone else. Moving forward, he and his team have plans to create workshops and masterclasses to engage with their audience.

Xhosa says that he’s simply picking up the baton from where Soweto Kinch and Andy Hamilton left off, when the project was formerly known as The Drum.

As simple as it may seem, moments like these are symbolic in a subtle way too. The name Xhosa, is synonymous with a native language in South Africa and similarly Kinch shares his name with the Soweto township in the same country. And so, Birmingham’s musical lineage is extended and kept alive by the jazz extraordinaire, almost as if it were fate.

As we dived deeper into the origin of his name, he said the following:

As we talk, he once again confirms the significance of music for him personally,

“That’s why this music is also important. This music is the manifestation of the emotional and the spiritual reconciliation of all that history.”

While his career proves that he is indeed a multifaceted individual who’s given us a range of works from a jazz and animation fusion to electronic live shows, Xhosa maintains that breaking his audience’s and peers’ expectations is not just limited to the realm of music.

The general sentiment and attitude towards Handsworth is quite negative, like many other areas, there’s not always enough investment in creating avenues and spaces for the youth to channel their energy. Due to this lack of opportunity, a harsh cycle begins as difficult circumstances pressure young people to pursue money and achieve financial freedom over creativity.

Xhosa doesn’t hide his background in the slightest, however, people are often shocked to find out that he hails from Handsworth.

He recalled a journey where he was picked up by a taxi driver who was originally from Aston, by the drivers own description, he was usually quite sharp and able to accurately size up his customers according to where they’re being picked up and dropped off from. However, apparently, he was baffled by Xhosa who was picked up from a classical rehearsal in Sutton and dropped to a jazz night in Newtown. In the taxi driver’s mind, the puzzle pieces failed to form a cohesive story.

Funnily enough, the strangers were shocked to find out that they had both attended Holyhead Secondary School, with the taxi driver having attended 10 years prior to Xhosa.

“Holyhead school, Handsworth, all these places are much more richly diverse than anyone could possibly think. Even from people within the community itself, people think ‘oh, we’re this one kind of thing’”

No matter where he goes, he’s always shattering the glass ceiling of expectations.

In challenging those perceptions, he continues to be a fantastic representation of what it means to be from a city as unique, diverse and distinctive as Birmingham.

To support Xhosa and stay up to date with the latest, you can follow him here. To find out more about Jazz Nights at Legacy, click here.