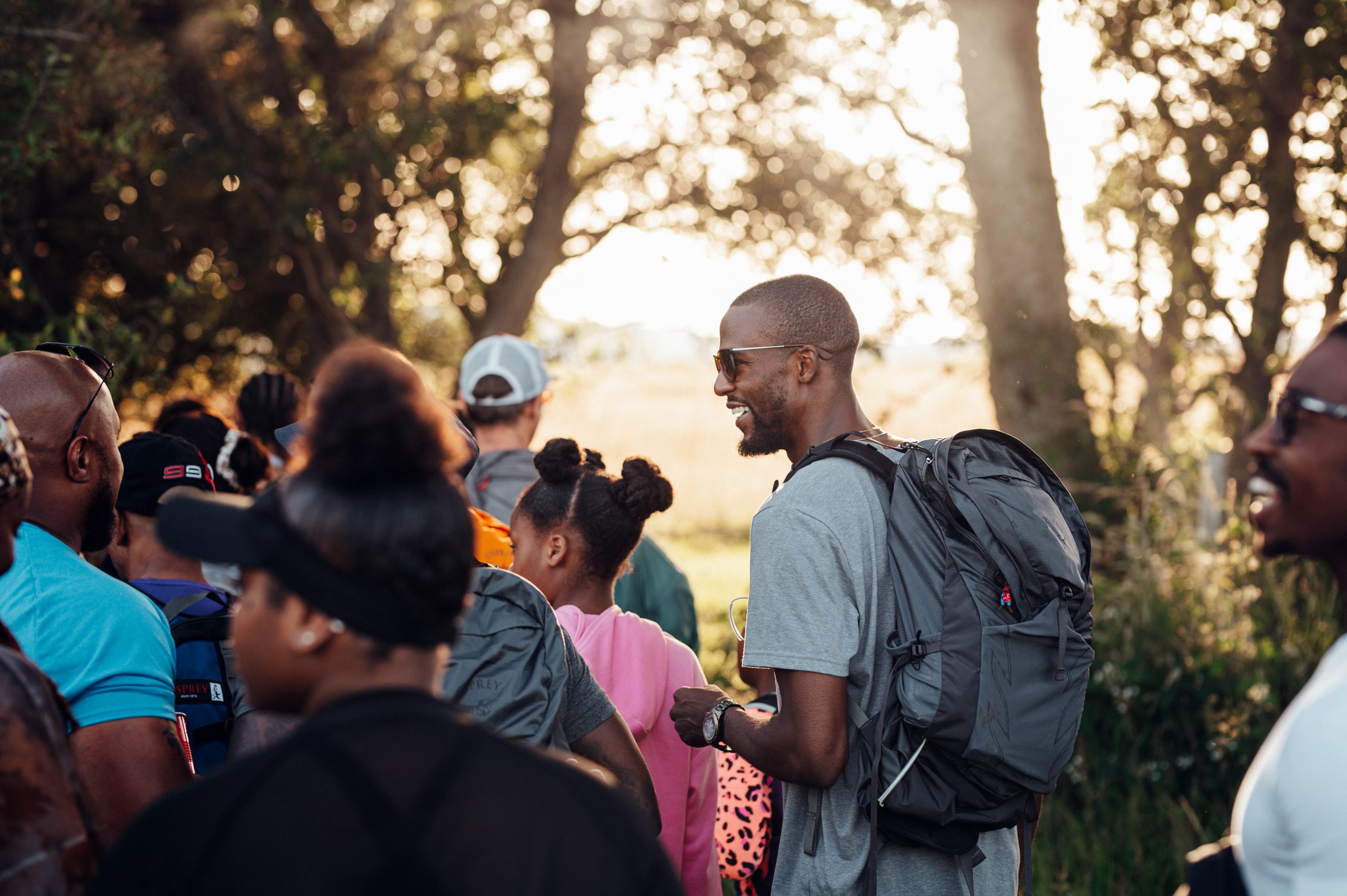 “We Out Here!” The Story of We Go Outside Too

What do you do when the unthinkable happens? Marlon Patrice, founder of We Go Outside Too, was faced with this daunting question when he tragically lost his son to knife crime.

With the effects of the pandemic in force, the only form of therapy he could access to help process the grief were online Zoom sessions which fell sort of providing him with the support he needed.

As a result, Marlon sought a different outlet and found himself connecting more and more with nature in a way he could never do via zoom. On his own journey to find healing and comfort, he began to empathise with other members of his community and realised how they were also deprived of access to green spaces.

The true value and power of nature and green spaces is something that can’t be underestimated. However, with the rapid, ever-growing expansion of Birmingham, parks and fields are being neglected in favour of skyscrapers, penthouse apartments and other luxuries that are inaccessible to the majority.

This has a particularly potent impact on inner city children and families who are often found in areas which are criminally under funded. Marlon discovered that for most of these families, the nearest green spaces are 3 miles away. In fact, for many of us, the only way we engage with the outdoors is through other people’s photo dumps on Instagram.

Having experienced the healing benefits of nature first hand, Marlon decided to change something and used his own initiative. He had already been posting about his personal expeditions and was garnering interest from increasingly curious people who wanted to know more about his travels. Instead of telling them, he decided to invite them to events which became a safe space for Black people to reconnect with something that has been branded as a predominantly white past-time.

A post shared by We Go Outside Too (@wegooutsidetoo)

From there the community grew quite organically, as more people started coming, they would share their experience across their own personal socials. Suddenly, the ripple effect had set itself in motion and the community started to grow in numbers.

Through We Go Outside Too, kids have been able to camp for the first time in areas that they never knew existed. Adults and young people have the chance to escape the rat race, retreat and give time to grounding themselves. From Shropshire, to the Jurassic Coast, to the Lake District – the journey continues to transform the distorted narrative that the Black community aren’t out there.

Marlon and his team have created a solid soul family, and while they are prioritising the needs of the Black community, they are opening up their doors to everyone. Today they are established as CIC and they don’t plan on slowing down any time soon. When asked about long term plans, Marlon mentioned that he would eventually like to make this international scheme, connecting with walking groups in Africa, or set up walks in Scotland.

There’s no doubt in anyone’s mind that Marlon and the WGOT family deserve all the flowers in the world for the work they’re doing. Actually, in Marlon’s case, one might say that it’s been a long time coming. He’s been active as community leader, involved in projects such as Run Brum and the Couch to 5k.

In addition to international expansion, the WGOT family also plan to incorporate more spiritual and holistic practices into their future endeavours. But, perhaps most importantly, a project close to the heart of WGOT is the 22 Waterfalls Challenge, an honourable quest to visit 22 waterfalls around the UK to commemorate Marlon’s son who was buried on 20.02.2020.

The repetition and synchronicity of the number 2/22 is significant to Marlon as it represents the continuation of life and is also a powerful indication that you’re on the right path.

As the group grows, spaces to attend the expeditions and activities fill up at lightning speed. So, if you would like the opportunity to be a part of this shared experience, meet new people and discover new landscapes, follow WGOT on Instagram @wegooutsidetoo to catch the latest news and updates.

We also encourage you to support the cause (if you have the means) as this is one of the ways you can ensure the continuation of such an incredible project. Specifically, if you would like to support their 22 Waterfalls Challenge, you can access the GoFundMe page here.

If you would like to familiarise, or remind, yourself of the green spaces around the city, check out our previous article here.

Go outside and get exploring!