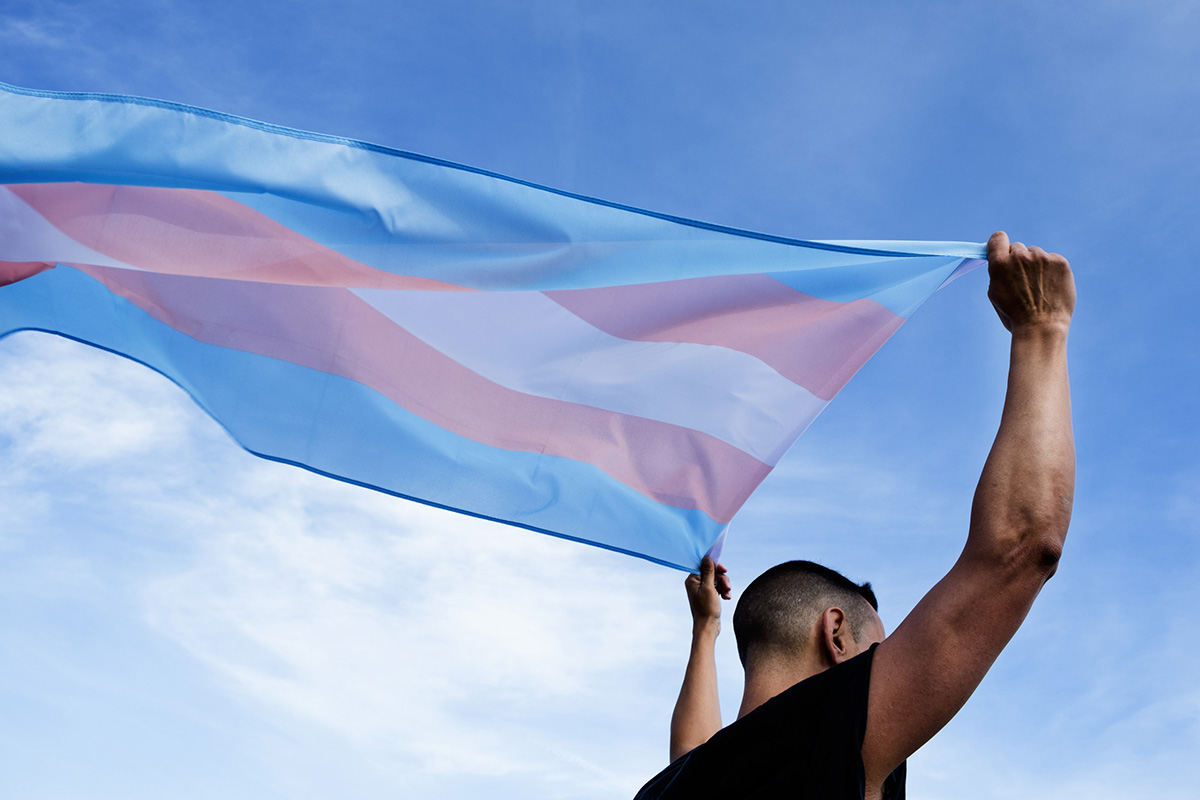 As we reflect on Pride month, it’s saddening that the anti-trans sentiment has once again reared its ugly head, this time in the form of Liz Truss and JK Rowling.

These cis white women use their privilege, both politically and socially, to spread an anti-trans sentiment. However, in our eyes it only serves to highlight the renewed importance of allyship which is especially important through the intersection of LGBT+ rights and feminism.

At the start of June, author of the Harry Potter series, JK Rowling, wrote a string of anti-trans tweets based on an article in Devex, which had the headline: “Creating a more equal post-COVID-19 world for people who menstruate”.

Rowling took offence to this stating, “’People who menstruate’, I’m sure there used to be a word for those people. Someone help me out. Wumben? Wimpund? Woomud?”.

She then went on to claim to “love trans women”, but ended her Saturday night discussions by retweeting an article from her website captioned “TERF wars” – TERF standing for Trans Exclusionary Radical Feminist.

Less than two weeks later, Pink News reported that the British Government (after spending two years stalling a public forum to decide the future of trans rights) have allegedly ditched all consideration for a self-identifying system.

The reforms which were proposed as part of the Gender Recognition Act, would have made it easier for people to legally change their gender but are being abandoned and replaced with a series of ‘pad-locked’ policies to better secure single-sex spaces.

This, of course, is all being spearheaded by Liz Truss, who despite being the women and equalities minister has historically advocated against trans youth’s access to healthcare. Furthermore, Truss has said herself she has a “general dislike” for identity politics.

Trans people all over the world are seeing their rights stripped away and are having to fight to be recognised. Most recently, US President Donald Trump has rolled back healthcare protections for trans patients, meaning that trans people will be faced with higher medical bills and will consistently face more issues in gaining health insurance and medical care. The denial of basic human rights continues worldwide across varied political spectrums with increasing severity of outcomes.

As exemplified by the actions of Rowling and Truss, cis white women now occupy a large swath of power in informing opinions on trans rights, be that negatively or positively. As female power expands an intellectual reckoning must take place to address feminism’s intersectionality and its treatment of trans women.

Portrayed as a largely whitewashed, middle-class movement, the feminism taught in history classes encourages the calling out of sexism in advertising, but fails to pick up on discrimination across a sphere of marginalised women.

Even in our modern-day, there remains a disparity between our readiness to call out sexism and our reluctance to call out transphobia.

This political agency can be weaponised, as seen in the thousands of cis women who signed an open letter to Liz Truss condemning her anti-trans rights reforms.

Cis feminist activists such as Gina Martin and Florence Given have encouraged cis allies to sign petitions decrying the government’s actions, with templates of complaint letters to send to local MPs being shared widely.

Feminists have also begun to make concerted efforts in their language – the acronym ‘TERF’ has come into the social media sphere to decry acts of transphobia.

TERF refers to a type of feminist who excludes transgender women from women’s spaces, rejects trans women as real women, and/or generally opposes trans rights. By creating this distinction within feminism, this means that harmful and problematic behaviour such as that exhibited by Rowling and Truss can be called out, and condemned.

In being able to expand feminist discourse to better understand and dismay anti-trans sentiment, this is a step closer to dismantling transphobia within feminism, and wider communities.

These steps of course are minor and more can and should be done by cis women to create a trans-inclusive space in feminism. As individuals, there are several things you can do to be a better trans ally, and contribute to the creation of inclusive spaces. This includes but is not exclusive to:

In taking these steps to advocate for and educate others on allyship and calling out the anti-trans sentiment in the feminist movement, you are making a safer, and more progressive political environment.