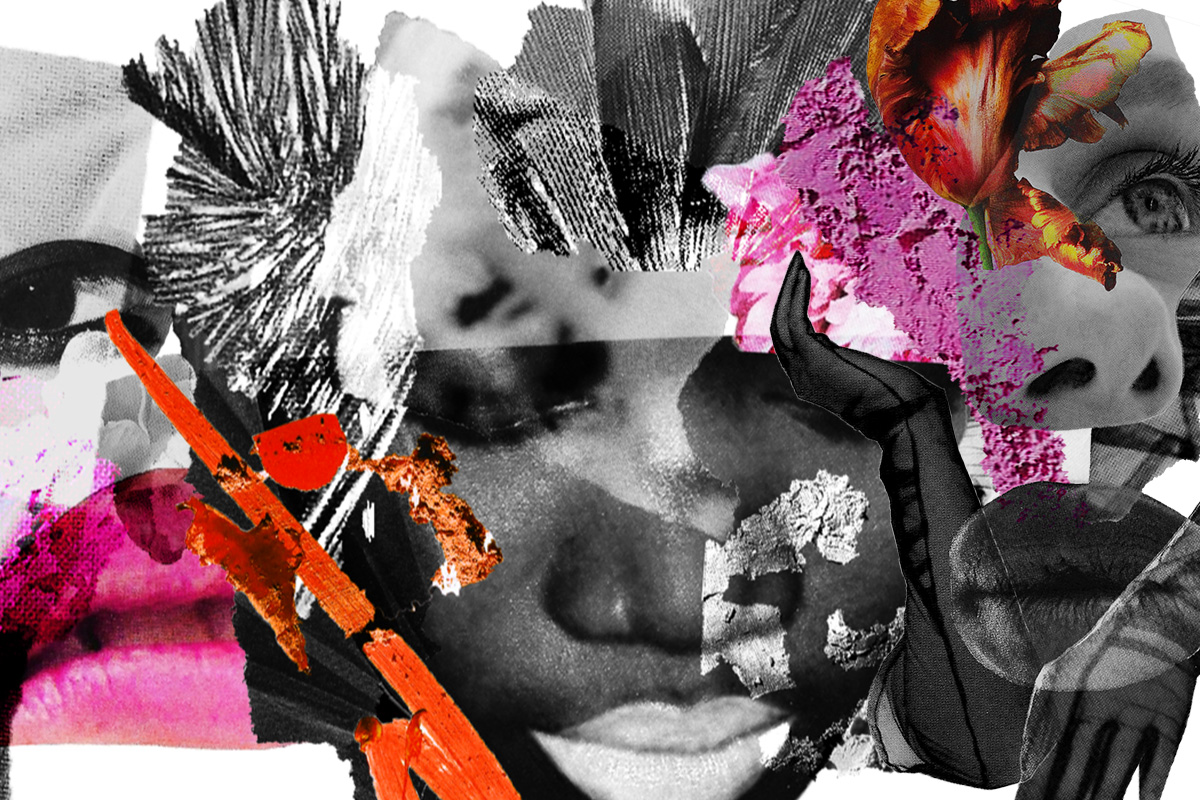 Performative Activism and the Importance of Being Angry

There’s an age-old narrative that reputable young people should refrain from making their opinion known so as not to cause offence.

However, in recent years many have called bull**** on this, instead opting to be outspoken on social justice issues.

Social media platforms have been a vessel for this new ideology to flourish, acting as virtual megaphones for political malpractice or human rights breaches, allowing their users to voice their thoughts, no filter. However, online activism has bred a darker subculture of champagne socialism, whereby involvement is from the safety of one’s phone and action is underpinned by performative motives.

Many prominent media figures are being accused of this behaviour and a growing proportion of former ‘spokes people’ are declaring themselves ‘anti-woke’ in retaliation. But is it fair to denounce all social media activism as BS? The ongoing campaign for intersectional equality remains a hostile landscape and is certainly not one which is easy to navigate. 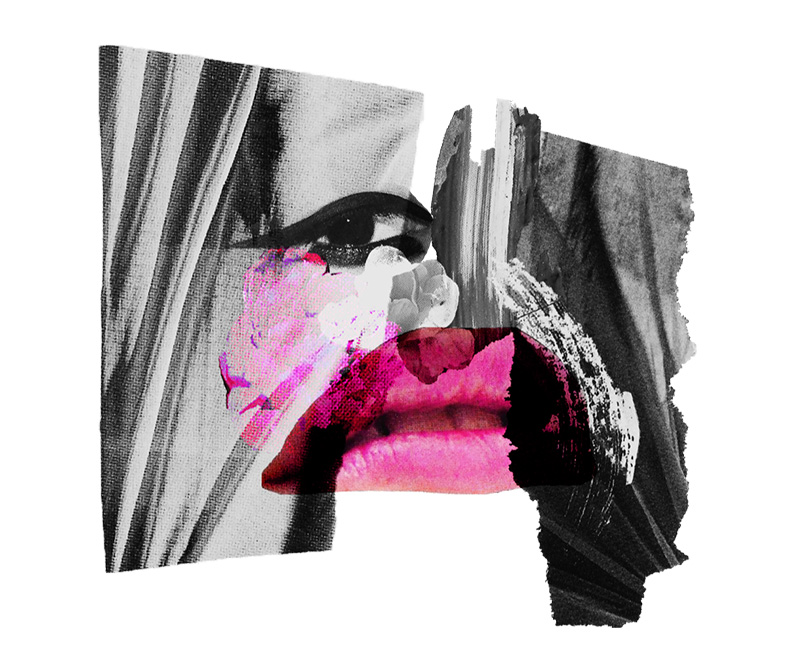 Increasingly there is a notion that there are good and bad social media influencers and the public disdain for vacuous, superficial endeavours which offer no contribution to the betterment of a unified society has grown steadily. For many content creators, this prompted a mass exodus from the fixation on ‘light’ topics, such as fashion or makeup, to weighted conversations surrounding gender, race and privilege imbalance. Others failed to extend past a counterfeit display of solidarity.

It comes as no surprise then, that a large cross-section of previously zealous influencers put distance between themselves and the falsehood of sponsored brand deals. But what effect is this having on social progression? For me, the fakeness runs the risk of the voices which carry pertinent messages getting lost in the hum of uninterested apathy.

In the latter half of the 2010s, we welcomed the appearance of the neo-activist. Although perhaps still a pejorative choice of a figurehead for some, the neo-activist has risen to pervasive ranks among groups – the majority being women – who have formerly struggled to find a spokesperson in the public eye who they have been able to comfortably align themselves with. An inflated interest in reclaiming a piece of political narrative has provided the basis for a resurgence of an accessible line of commentary within the digital communication sphere. An example, as inevitable as it is illustrative, is that of the idolisation of media maven Florence Given.

Given was fortunate to come into this world on a wave of privilege. Brought up in an affluent household in Plymouth, Devon, she went on to study at Plymouth College of Art for two years before pursuing an undergraduate degree at London College of Fashion. Her epitomisation of the everywoman’s mouthpiece was kickstarted after launching a petition for Netflix to pull their series Insatiable, which she accused of fat-shaming and gained in the region of 300,000 signatures.

The irony being that Florence Given is not, and probably will never be, fat. To speak candidly, she couldn’t even be passably plus-sized. Her advocation for fatness being associated more widely with beauty was undoubtedly admirable, but raises questions over the authenticity of her claim to an issue which she is in no way affected. 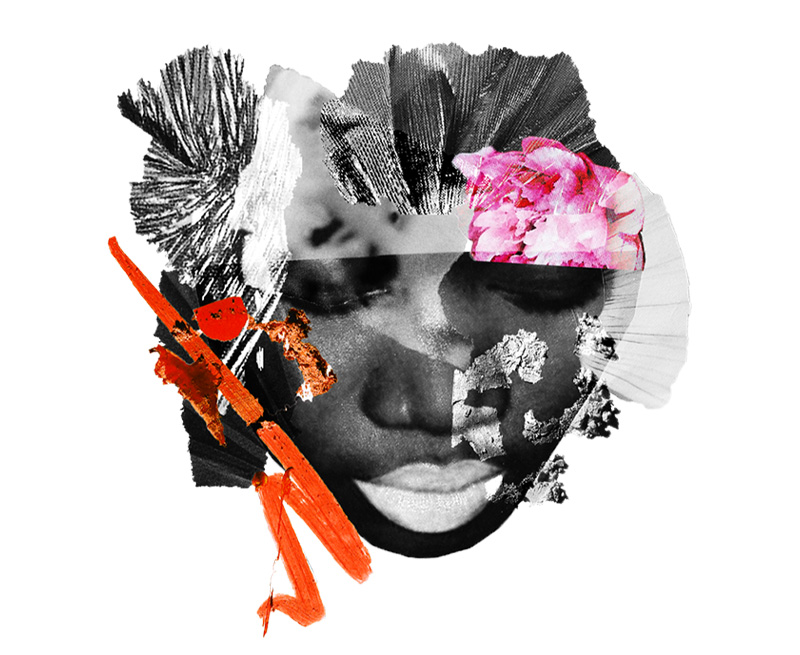 In 2019, Given readjusted her magnifying lens of social relevance by turning her attention to regaining confidence after suffering emotional trauma. To give credit where it’s due, this felt like a draw of new breath into a topic which has historically been stifled by the mainstream media. It felt pivotal. The fact that Given had not even reached the age of twenty one at the time didn’t seem to worry people, rather it gave the expanding Instagram circus a sense of wonderment as to how an individual so young could talk about a ‘taboo’ subject with such wisdom. Given delivered her audience what they were begging for and they loved it.

A chain reaction propelled Given to stardom and drew longer-established, socially conscious, class-acts, such as writer Chidera Eggerue, into the process. Here, incidentally, is where the tale takes a turn for the acrimonious.

Chidera Eggerue became the internet’s darling in 2018 with the publication of her book What A Time To Be Alone, a woman’s comprehensive guide to self-sufficiency. Focussing on the minutiae of conducting oneself, accompanied by proverbs in her native Igbo Nigerian tongue, plenty of illustrations and a zingy colour scheme. Eggerue spearheaded a movement to finally make inclusive feminism a trending topic in predominantly – read: mostly white – social media circles. It was a roaring success, as is evidenced by the sheer volume of young, white women snapping out of their stupor and standing up for the rights of Black people and other marginalised groups as allies.

Fast forward eighteen months, and Florence Given, a long-time admirer and supposed friend of Eggerue, announces that she too is in the process of planning the release of her very own feminist manual, Women Don’t Owe You Pretty. Covering topics from accountability to queerness, the book promised a conclusive companion in traversing the speed bumps of coming of age in an environment which continues to oppress women for reasons beyond their control. Its fruit cocktail-colours and statement title; punchy and shelf-ready for the swathe of teen idolisers who were expected to clamour for a slice of the outspoken pie.

But here we are forced to stall… That colour palette looks familiar, no? More than that, it’s… uncanny. Eggerue’s feminism lite had performed with such stunning success in sales charts that it seemed an impossible task to even attempt to replicate it – although it appeared as if Florence Given was doing that, and at breakneck speed. Published on the 11th June 2020, Women Don’t Owe You Pretty had sold around 50,000 copies by the 20th, and within six months of publication had shifted double that, with Given being crowned the Sunday Times’ youngest best-selling author in the newspaper’s history.

Despite the jubilation felt by the multitudinous Florenceites, the sinking feeling that Chidera Eggerue had been cheated out of the same accolades as a result of her being a Black woman in an overwhelmingly white arena began to seep through the cracks. Even more concerning is that Eggerue and Given were both represented by the Diving Bell publishing house for both of their authorial debuts, from which the former was swiftly dropped after she made (frankly) justifiable claims of plagiarism in November 2020.

Despite a statement from Given paired with a number of WhatsApp screen grabs, Eggerue had previously offered Women Don’t Owe You Pretty “enthusiastic” endorsement, but retracted her support upon seeing the book’s planned cover design. Although Given had ladled her own enthusiastic endorsement of Eggerue and her work out with generosity, even crediting Eggerue as a key inspiration in the dedications of Women Don’t Owe You Pretty, to see your personal efforts repackaged in an acceptably whitewashed parcel must no doubt have stung.

And where was the public anger or media outcry on behalf of Eggerue and her appalling treatment? Apparently, nowhere to be found. The intended audience was preoccupied with taking self-indulgent snaps of themselves to contribute to Given’s ‘FLOSS EFFECT’ Instagram highlight.

With her butter-wouldn’t-melt declaration of having “never felt this ridiculously grateful and happy just to be alive in my LIFE” from atop of her Portobello Market wicker throne, it’s understandable that one would be mistaken for thinking Given had been given the news that she was moments from death, rather than maintaining distance from the situation on the advice of her publicity agency. This was only made worse by the seventy-thousand Florence disciples who unquestioningly reinstated her as the Queen of Queer after her comeback post. 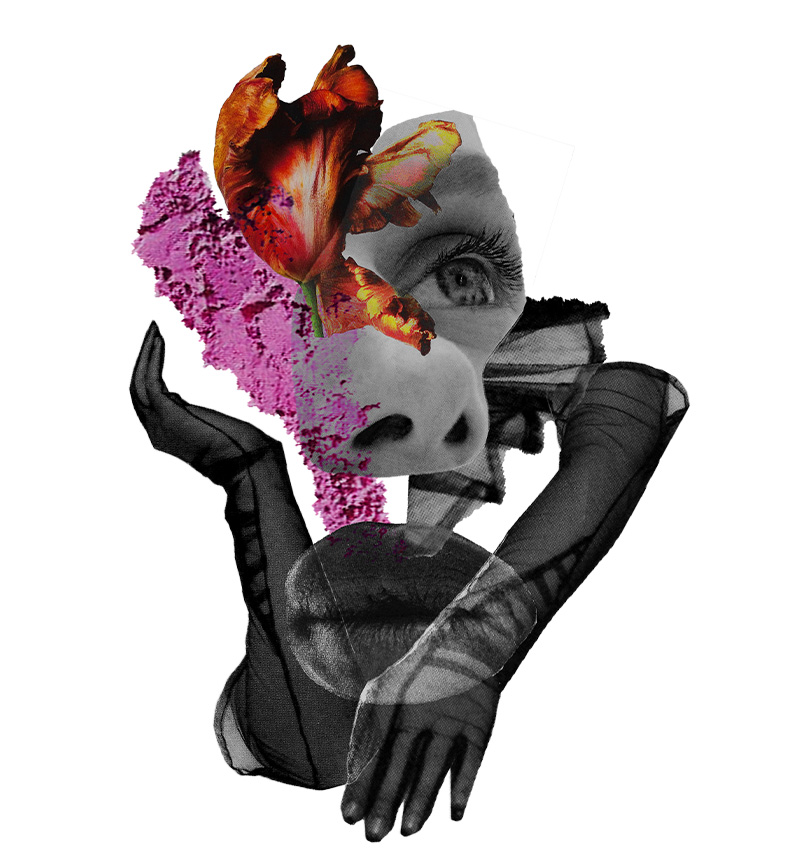 In the wake of Eggerue’s claims and subsequent dismissal from Diving Bell, it was Given’s return to reigning her bubblegum-hued Instagram kingdom following a substantial hiatus (a whole six weeks!) which engendered within me a swirling, frothing whirlpool of that all-too-precious anger that I am trying to communicate. Given burst back onto the timelines of her followers, in all her pantsuit-ed and shag-cut glory, with a social reanimation which was not far from biblical.

It’s not that I lack belief in Given’s stories of personal trauma. I am wholeheartedly of the faith that each person processes events in a way that is most suitable for them. But a blasé finger-point towards Eggerue as the unintended witch carries with it a stench of rotten malignancy, let alone childish blame. I struggle to recognise that I can be the only person following the debacle who, in an age of senseless violence against female-presenting individuals, such as with the tragic abduction and murder of Sarah Everard, expected more from a woman who is the supposed mouthpiece against this exact behaviour.

From a personal post-read perspective, I must admit that both books are, for me, more than a little problematic. I am a twenty-two-year-old queer white woman, as is Florence Given.

Given has sourced her answers to many a social conundrum from Eggerue, a twenty-six-year-old traditionalist, heterosexual Black woman. Although Eggerue speaks on behalf of a demographic which desperately deserves to be given the microphone, it is not a rhetoric which aligns with my own areas of focus or personal beliefs. Having this second-handedly appropriated by Florence Given and fed back to members of the queer community through vigorous finger-wagging and ardent virtue-signalling renders the content in-genuine and largely distasteful.

A generalised knowledge on a plethora of topics has never been the way to a girl’s heart. Receiving feedback on areas one can improve on without any kind of constructive framework nullifies the effort and makes the sweeping hypothesisation that there is a sole way of approaching obstruction, which seems to me like subterfuge.

Another feature of both publications which succeeds in giving me a strong sensation of discomfort is the poorly-disguised misandry which paints all cisgendered men as cogent scapegoats for the trials faced by any woman, Black or White, straight or otherwise. It’s no new theory that the actions of a select few cis-het men have dictated the shortfalls of an inordinate amount of women, but to devalue the worth of the entire male gender and the many overwhelmingly positive things it contributes to society seems not only unfounded and hysterical, but distinctly un-feminist.

Eggerue’s insistence that women actively avoid dating men from low-income groups as a method of gaining ‘reparations’ for existing in an imbalanced civilisation, through having their way paid in every scenario, is also exclusionary and nonsensical. There is more which goes into achieving equivalence than denigrating others in order to elevate yourself. I retain a personal belief that my anger at this hyperbolic grapple for superiority holds more value than relinquishing it just to enter a state of false agreement.

Anger is a potent emotion. It wields enough power to incite impactful change or smouldering hatred, and there is a delicate, hairline fracture between reaching the mark or pushing dogma too hard and alienating a prospective audience rather than enticing one.

I myself am something of a libertarian – I harbour high levels of tolerance for the approach any individual wishes to employ when pledging their time to furthering a cause. Vitriol alone cannot sustain an argument, but placed in balance with measured reasoning, it can help to propel impassioned whingeing to higher levels of critical evaluation. On the other hand, demonstrable indifference in lieu of anger-induced reactions amounts to little in the way of solid social reform.

Anger is a gift which has the potential to change the lives of many if we let it, and none if it remains self-serving. There’s an importance to being angry. Let’s endeavour to use it accordingly.