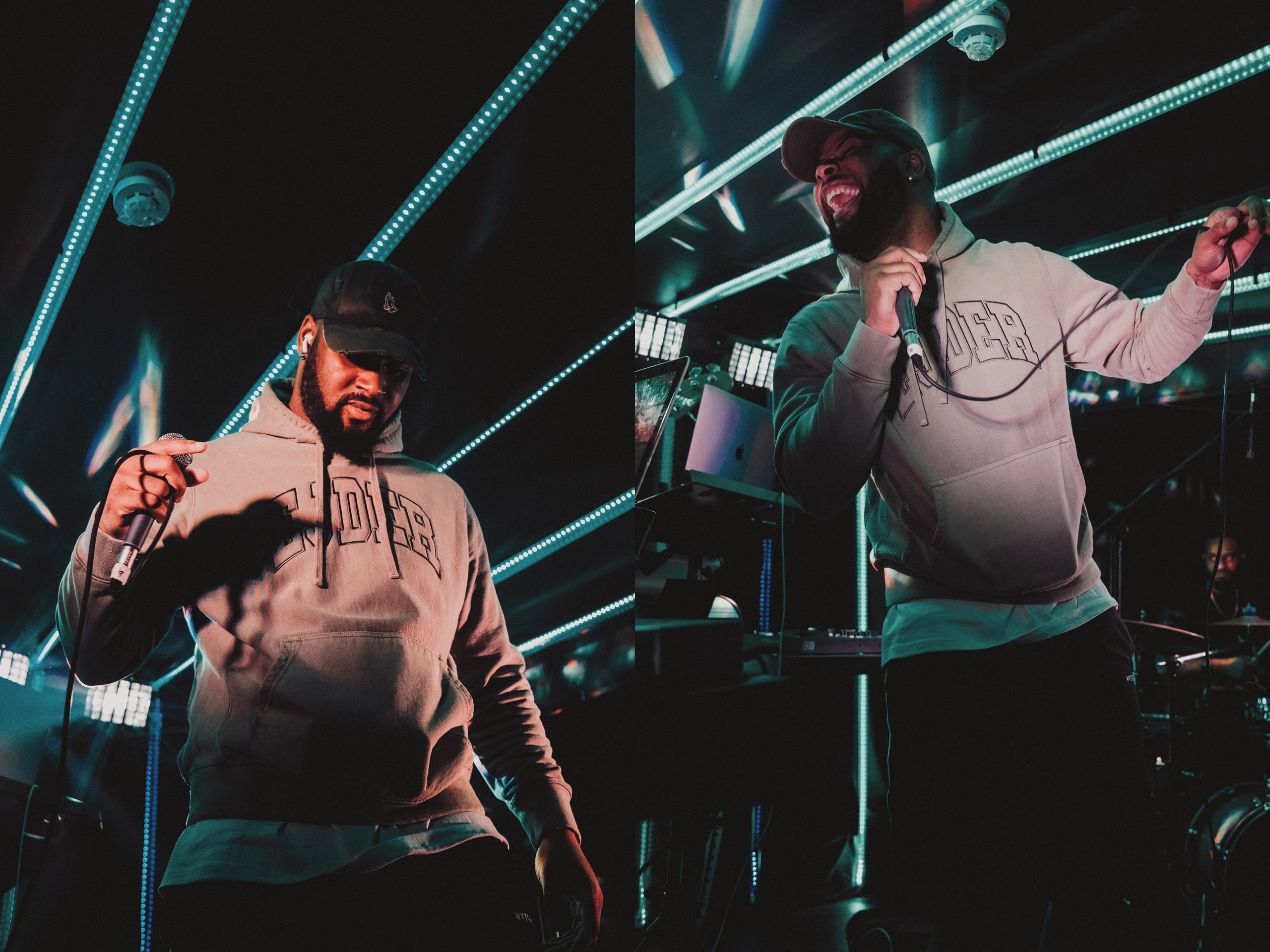 The I AM ME Showcase

The I AM ME live showcase was full of nothing but empowerment and raw talent. Giving the stage to up and coming Midlands artists, each performer rightfully had their place under the spotlight.

Thanks to Madi Saskia, Mahalia, and Dr Martens, Birmingham was blessed with a night of soul, lyricism, and good vibrations.

As well as being the organiser, Madi Saskia doubled up as the night’s MC. She brought the power and energy which set the tone for the rest of the night. It was clear to see the passion, belief, and connection she felt with each of the artists.

I AM ME is a development platform founded by Madi, dedicated to uplifting local musicians in the Midlands. During the week leading up to the showcase, the group of eight selected artists took part in a range of workshops, each one teaching them different aspects of the industry, including media training and social media workshops, the latter being held by BABMAG.

The week ended with their grand, final showcase. The crowd filled with friends and family, travelling from different cities in order to come together at The Rainbow Pub.

The songs ranged from soulful R&B, hip-hop and grime, which caused the body of the crowd to move like clockwork. Everybody was either swaying, head bopping, or holding up their gun fingers. The intermissions were also filled with great music. DJ TU3SDAY’s mix got everybody skanking and practicing their best two step with their mix of house, garage, and electro beats.

Lasse was the artist who opened the showcase. His RnB slash hip-hop sound captured the crowd’s attention. Most definitely an example of the talent that is here in the Midlands.

Next up was Pheleba, who rocked the house with RnB and soul. Paying tribute to her daughter and to those who inspire her, she moved the entire room. Especially with her 90s throwbacks, it was impossible to not sing along and catch the sensational vibes she bought.

T.Ace completely changed the musical vibe. This Wolverhampton rapper got all heads bopping with his impeccable flows. He stepped on to the stage like it was his home, with the confidence knowing that he was going to rock the house.

After the powerful rapping, Toldyaa slowed down the pace, and bought up the heat with his RnB set. Hips were swaying to the tune to his melodic voice. Cup in hand with his laid back persona, he made being up there look easy.

Shandanan is the Birmingham based singer who put everyone on their feels during her set. Her tropical vibe paired with her slick dancing got the whole crowd supporting her and singing along.

Classic old school flows were bought back thanks to Jordvn Emmanuel. He did not miss a beat, each bar bringing so much power and truth, not to mention his heavy rhymes.  Jordan may be Midland’s answer to Common and Mos Def.

Lahlia Cole put everyone in their feels with her beautiful melodies. She mesmerised on stage, capturing everyone in a trance.

Kchanna was the power house that ended the showcase. Each of her songs stirred up energy throughout the venue. Her raps being the fuel to pump everybody up in the final hour. Kchanna came with the straight bars that took the lyricism to the next level.

It is incredibly important that we champion local creatives. When based outside of the capital, it can feel like success it out of reach, almost as if you have been exiled to a place without opportunity and connections. But anything is possible with support and determination these artists will be able to thrive without the need for a London postcode.

This event really showed the amount of talent that is here in the Midlands. Don’t sleep on them, because each artist is destined for great things.