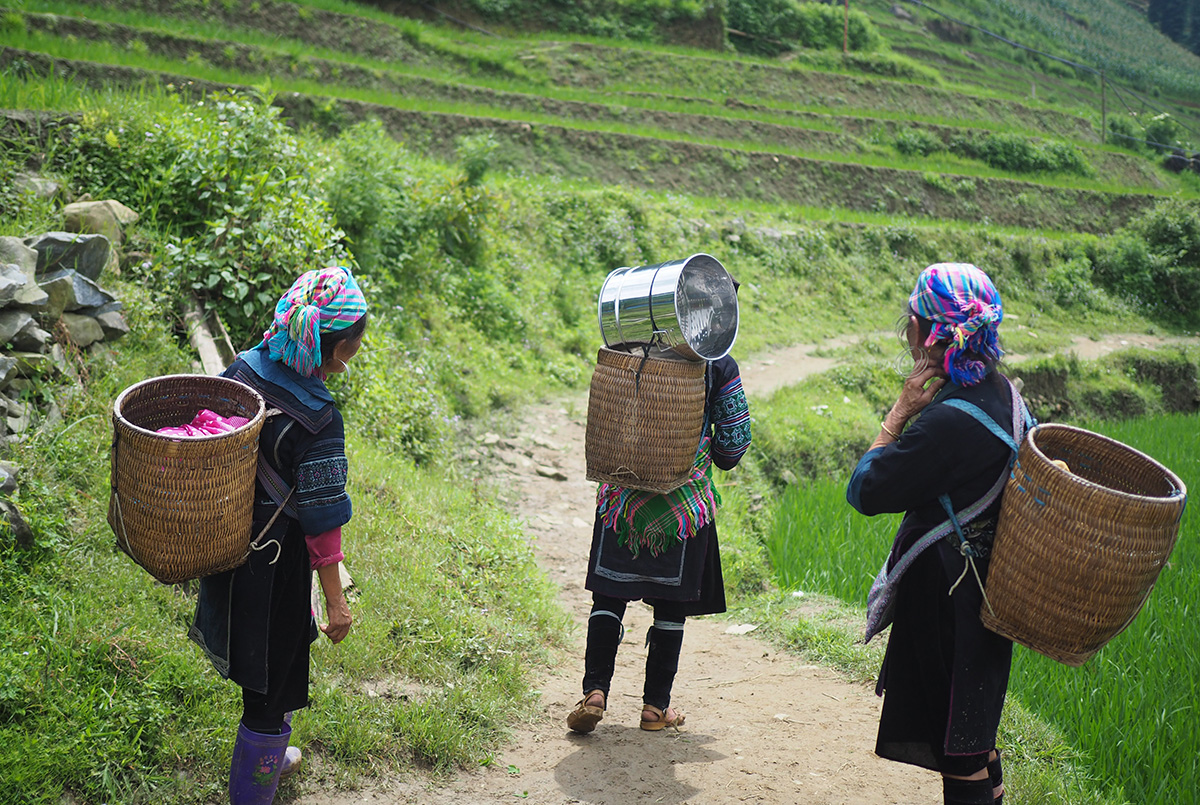 The Disproportionate Impact of Climate Change

Covid-19 was perceived as an overseas crisis, right up until it wasn’t, thanks to our universal tendency to assume that ‘things are better here than over there.’

This naïve sense of optimism can work wonders for our stress levels, but it also means than we are able to ignore the severity of a crisis and discount the risks of problems that need to be urgently addressed. Climate change is one of these problems.

Our ability to pass off global catastrophes as “someone else’s problem” makes the climate crisis so much more than an environmental issue: it’s a social justice issue that exacerbates inequalities both in the UK and across the globe. Its disproportionate impact on those who are least responsible and less able to take action means that countries like the UK have been able to downplay the severity of the environmental crisis and continue benefiting from the same carbon-heavy lifestyle.

Yet it is those who live in the poorer nations that face the devastating consequences of extreme climate disasters. In 2019 alone, Cyclone Idai stole over 1000 lives and devastated millions across Southern Africa. Just six weeks later, Cyclone Kenneth boosted the death toll even further and forced 20,000 people from their homes. This type of catastrophe is not uncommon in Africa, millions across Ethiopia, Kenya and Somalia were left to face food and water shortages that same year due to severe droughts which are linked by experts to higher sea temperatures caused by climate change.

Rising sea temperatures are also associated with the intensified monsoon flooding in South Asia that saw a third of Bangladesh underwater and a staggering 12 million people were displaced. The reality is that developing countries have experienced the impacts of the environmental breakdown for decades, but action on this side of the globe has not responded to accurately reflect the severity of the crisis.

People in the world’s poorest countries are in fact four times more likely to be displaced by extreme weather conditions than in rich countries.

This unjust burden of the environmental crisis means that there is also an inexorable link between racial justice and climate change, which causes more harm in developing countries and within communities populated by ethnic minorities. Research by the National Academies of Sciences has shown that black and Hispanic communities are exposed to disproportionate levels of air pollution compared to what they produce, while white Americans experience better air quality than the national average despite their activities being the source of most pollutants.

In some cases, this has been linked to historic discriminatory housing policies which led to certain neighbours having more pavement and fewer trees. Closer to home, studies have shown that harmful air pollution is most concentrated in ethnically diverse areas, where there is lack of green space.

A UK study of 400 hospital patients in 2020 in fact linked the severe impacts of Covid-19 on people from minority ethnic groups to the areas in which they live in comparison to white patients, explained in the video below. They were found to be twice as likely to live in areas of environmental and housing deprivation, and twice as likely to be admitted with severe symptoms of coronavirus.

Women are also hit harder by the climate crisis. This is particularly true in poor countries, where women often already struggle to access resources including basic human rights due to lack of economic independence. The International Panel on Climate Change (IPCC) has suggested that climate change further exaggerates gender inequalities and results in higher work-loads for women in addition to higher stress levels and mortality in comparison to men.

Women in China, for example, account for up to 70% of the agricultural workforce but have less access to land, income and resources than men and a lack of access to employment opportunities outside of farm work. This places them more vulnerable to droughts, floods, typhoons and extreme weather, which could wreak havoc on China’s agriculture and take away their livelihood. This issue is not unique to China. In fact, women represent around 43% of the global agricultural workforce but are denied property rights in half of the countries around the world and restricted in terms of loans and resources. They will be less able to adapt to the challenges of climate change due to restricted access to finance and lack of economic independence.

Whilst there is truth in the belief that we are ‘safer here than over there’, our sense of optimism around the impacts of climate change is short-sighted. We too are at risk in terms of flooding and coastal change, water shortages, food production, biodiversity, trade, and diseases; and we are still not prepared for even a 2℃ rise in global temperatures, with very little plans in place for the future. We must do as much as we can now to mitigate the impacts of climate change in a way that truly reflects the severity of the crisis – even if we are yet to feel the consequences already being felt by those less fortunate and less responsible.

I can’t help but feel that we have a long way to go in the fight for equality. Even with all the progress made so far, the climate crisis risks widening the gap and intensifying race, gender and economic inequality. We must make sure we are doing everything we can to fight against it together.