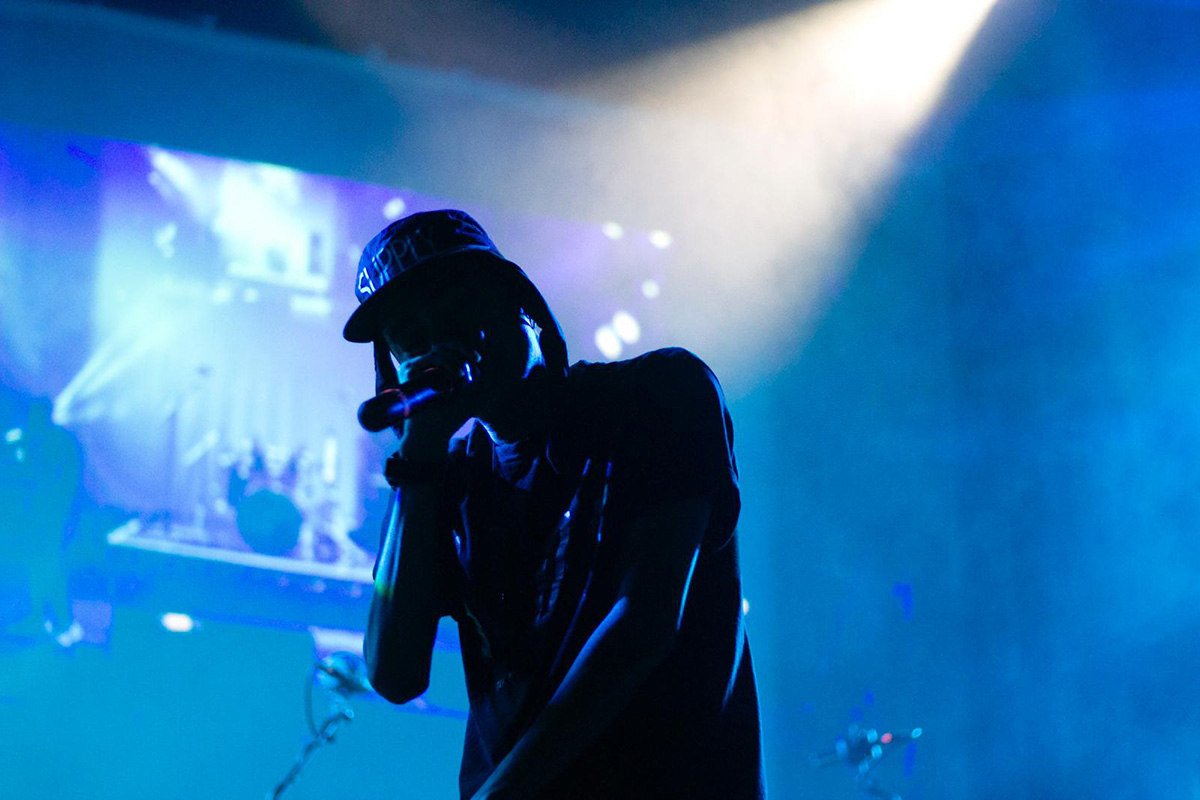 “You can be passionate and talented, but it can mean nothing if you don’t always know the next step.”

Tarju Le’Sano epitomises the millennial rap scene. He delivers punchy lyrics that speak to his listeners, whilst still representing the classic roots of grime.

Speaking to the south Brum rapper shortly after the release of his EP, NO12 Gu1de, pronounced “no-one to guide” with our famous 0121 area code embedded. Having come up in the scene – embarking on his path at 15 – he shares his perspective on streaming, marketing and knowing his contemporaries who are doing it well. Get to know Tarju Le’Sano: a young, independent artist in the grime scene, who’s grafting with nothing but motivation and a close network around him.

Tarju’s musical family is where it all started. Encouraged by his mother, alongside his father’s constructive criticism, he talks about how musical influences such as jazz and neo soul have shaped his music today:

“My parents used to play neo soul, such as Raphael Saddiq, he’s one of my biggest influences. When I was growing up I used to play guitar, but I never stuck to it, because I just wanted to pursue my writing and dancing.”

Despite Birmingham being a stronghold for grime in the UK and with recent, positive changes being made in the city, Birmingham rappers and MCs are still being rejected by the wider scene — artists site their accent and geographical location having a knock on effect on their commercial coverage.

Tarju has his own perspective; “I think it’s all to do with consistency. It’s only been in the last two years that I’ve actually seen people utilising the media and how it really benefits them. They’re learning the business side and I think that’s what’s been holding us back, we can’t put it all in the industry’s hands by saying we’re not getting anywhere because of them, when were not getting anywhere because we’re not taking it seriously. The people that have taken it seriously are on the top right now, like Jaykae, Mist and Dapps.”

“I think because we’re still very much in the infant stage in Birmingham, we’ve only really been on the grime scene for the past ten years.”

He continues; “Birmingham was really the city that carried on grime when London fell off the wagon a bit. I think it’s a generational thing, you notice that London has a lot of elders and younger people look up to them, so it’s like there’s always someone holding the baton and bringing you through — that’s what it is, its torch bearing.”

Tarju explains how he sees this as inherit leadership; those pioneering a scene carve a path for others to follow. “Because of the infrastructure and culture of grime, rap and the ‘urban category of music’ in Birmingham – people don’t believe they have those people in place they can talk to whilst coming up in the scene, so a lot of people manage to find a way to talk themselves out of it. I came into the societal culture of grime, where I thought I would pay homage to people – they always show me respect because of that.”

As an independent artist, it can be tough knowing whether you’re doing it the right way, however Tarju stands by his talent and motivation – “I’m very passionate about what I do, but I’m also very technically driven and know how to achieve my goals, because you can be very passionate and talented, but it can mean nothing if you don’t always know the next step.”

“This also stems from things like school. To me, education doesn’t necessarily set you up for the world in the way it should. We don’t have any experience of marketing or business planning, it’s terrible. I think there’s a lot of work that needs to be done on the infrastructure of our nation, so we can understand how to achieve our goals and to help us in believe in our purpose.”

Using his own initiative and platforms such as Instagram, TikTok, Facebook and Snapchat, he promotes his music successfully on his own. However, Tarju explains releasing music online today is not without its challenges, algorithms can determine how visible his music is, “In the last seven days, my Dawn Freestyle has had 92 streams, so that’s not a mad amount, but I’m still in the early stages and streams and views don’t mean so much to me personally. I care about reaching people, but I create for my own self-expression and I create for people to relate to my expression.”

He gives us a deeper insight into how he manages his brand; “Streams are constantly changing, right now, I’ve got a cult fan base with my monthly listeners going between 75 to over 200 a month, but it all depends on how well my algorithms are set and how good my marketing has been. When I’m really consistent on my social media and I’m doing it on a daily basis, my listens stick to over 200 listeners, but without marketing it drops to 100 monthly listeners, which is still decent, but it will come.”

Tarju Le’Sano’s initiative is to educate himself and learn from the masters of music industry with a strong production team behind him. He expresses his raw and insightful scope, through his music, narrating his experiences as an young independent artist in Birmingham. He vows to continue to make tracks and inspire the youth of today, in Birmingham and beyond.