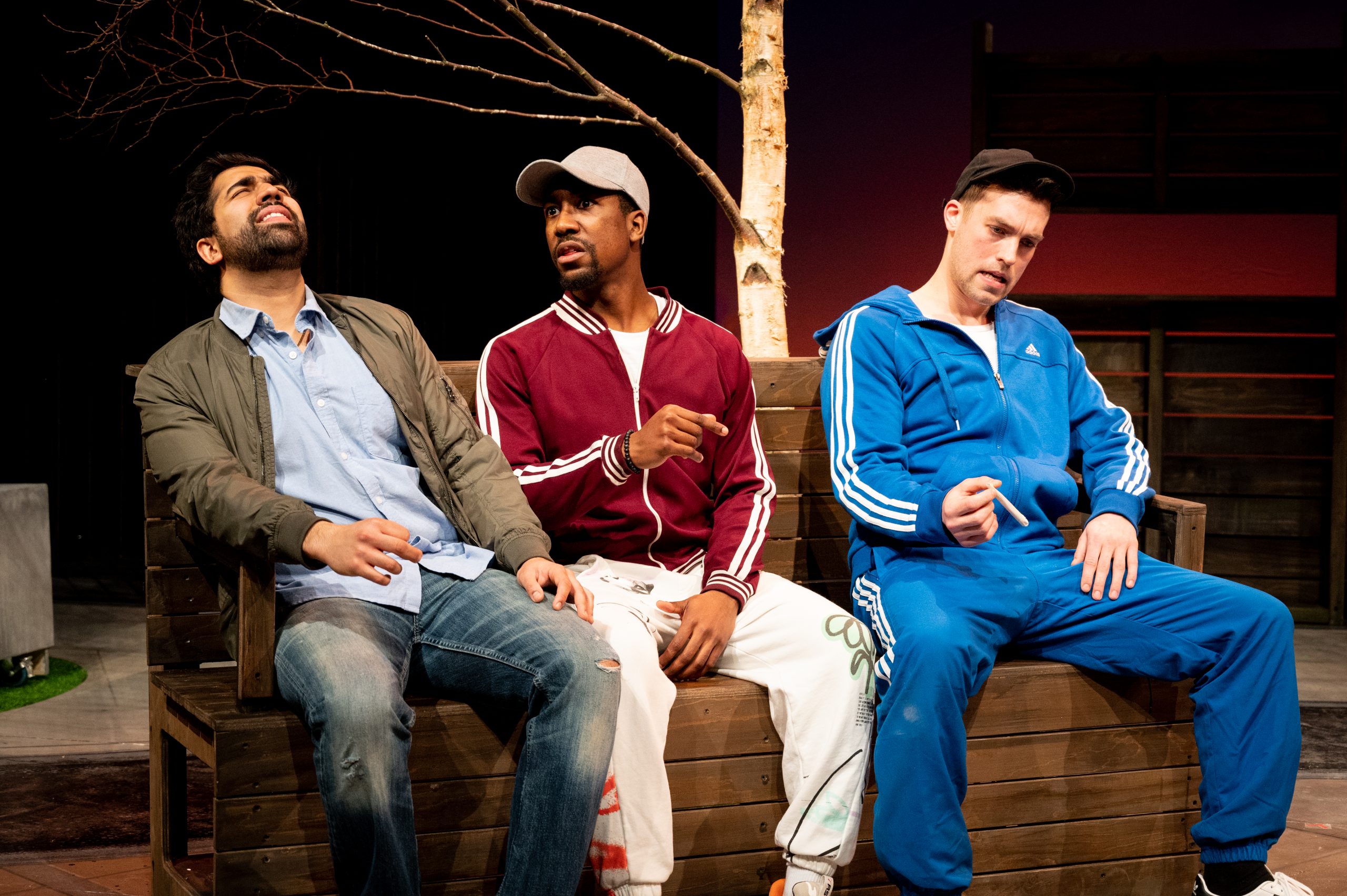 Sky Comedy at The Rep, Boys Who F*** And Cry

The comedy festival consisted of five short plays, each play was as funny as the next, but the favourite had to be ‘Boys Who F*** And Cry’ written by Ryan Walker-Edwards.

See the synopsis of the other plays here.

Jason moved to London to study whilst the others remained back in Birmingham. Several years later, they all link back up to share a spliff and talk abut old times but not everything is as it seems. The cracks begin to show and the boys begin to realise why they drifted apart.

The performance begins with dubious trapper, Demetri, MCing whilst Mr Vegas and B15 Project – Western End plays in the background. At this point, it became apparent that this play was going to hold an honest depiction of young Brummies. The question being, are you from Birmingham if this song doesn’t fill you with nostalgia from post 2000 rave days?

I wanted to show something unapologetically Birmingham – the play is very much “I said what I said”.

The play covers some taboo subjects in an informal, light hearted way. Throughout the screening, the boys take a deep plunge into class, sexuality and racial politics amongst each other

There are several themes presented that most people can find similarities in, especially post lockdown. One being the awkwardness of meeting up with people you were once close with and realising after so much time (and a pandemic) apart, you no longer have anything in common as you’ve both developed new personalities, boundaries and principles.

All of the characters have imperfect qualities within them, yet none of them are the ‘bad guys’ in the scenario. Each have faced their own trials and tribulations finding their way through manhood and coming to terms with the wrongs they’ve committed in the past. From tripping out after smoking spice to hypothetical yardies, this play will leave you in stitches and have you wondering who was really in the room all along.

The play was directed by Iqbal Khan (RSC, Birmingham REP) and Ryan was mentored by Danny Brocklehurst (Shameless, Brassic, No Return). Ebrahim Nazier was the set designer, and the programme was headed by Anil Gupta creative director of Sky Comedy and Sean Foley artist director of the REP.

The play was brought to life by actors Colin Ryan, playing Demetri, Reece J. Morant as Jason, Maanuv Thiara as Naz and Sam Butters as Toby.

Read more about our past articles on Ryan and his work here;

Look out for upcoming shows at The Rep here