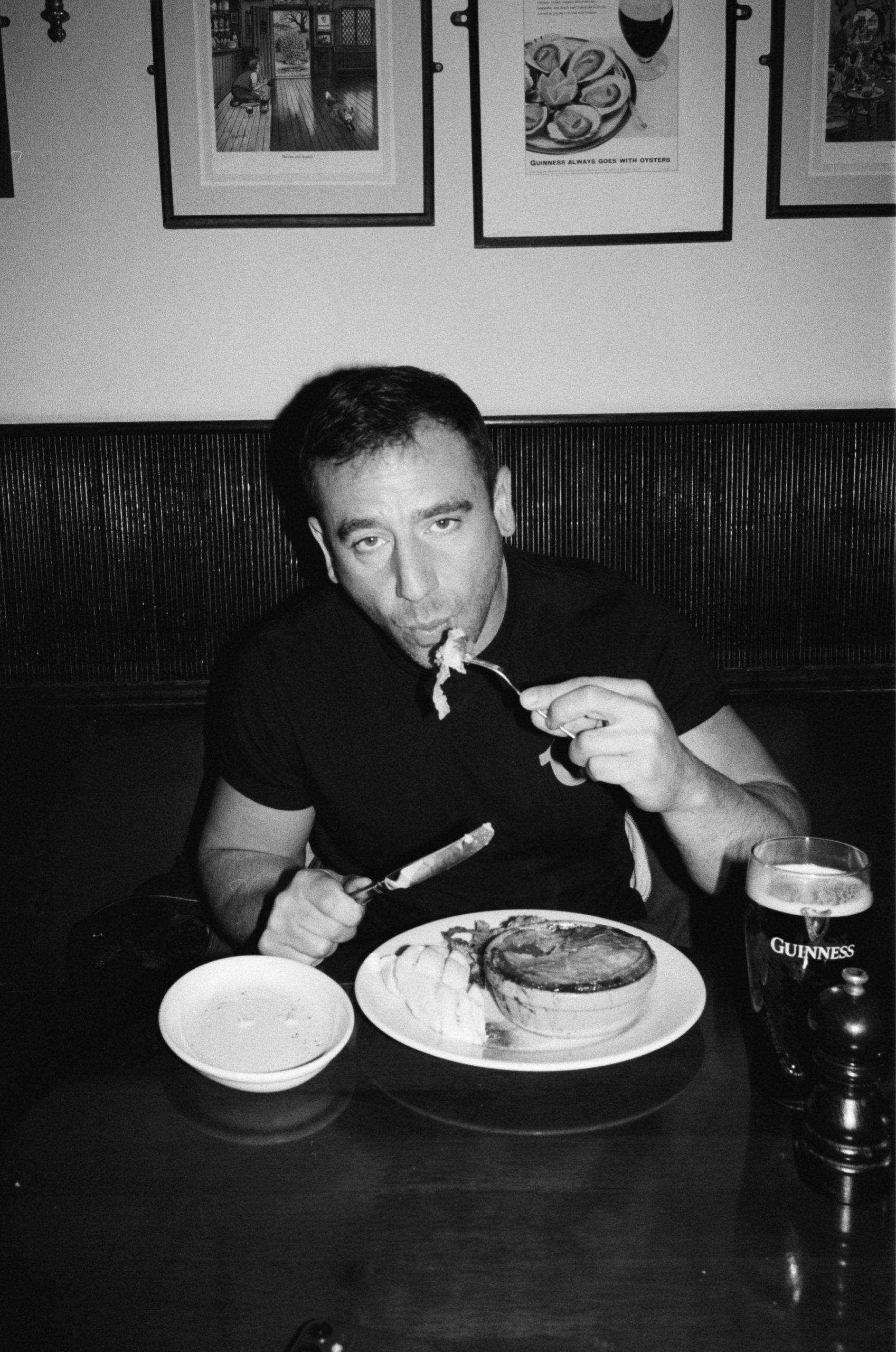 Robert Bares his Soul on Orange Is The New Black

Robert holds his own on a boastful feature list as the West Bromwich enigma releases his debut album, Orange Is The New Black.

Stacked with features from Soweto Kinch, Rag’n’Bone Man, Jason Williams (Sleaford Mods) over a concise nine tracks, Orange Is The New Black is a beautifully honest release from the Black Country MC.

To develop a clearer picture of who is Robert is BABMAG sat down with the two syllable guy, who explained: “Robert is a fairly new conception really, I  changed my moniker [formerly Sleaze], but I’ve always been a traditional rapper. My mates Purist and Sonnyjim saw something in the new direction that I didn’t see myself.”

Upon first listen of the LP, the era that comes to mind is 90’s hip-hop, so it’s perhaps unsurprising to hear that Robert comes from “the Wu-Tang days, Raekwon is my favourite rapper.”

The road to Orange is The New Black contained many turns before it hit completion. Including fatherhood, incarnation and the coming together of Sonnyjim, Purist and Kool Keith.

“I met Purist through my boy Sonnyjim (we go back around 15 years), we’ve got a bit of work together. He heard the early materials of the album and said he wanted to help shape this record with me. We’d already been working on it for about two years or so, then played it for Purist who heard the record with Kool Keith and couldn’t believe it was me! So he came in and deconstructed half of the record and then recorded five new songs. So Sonny really instigated changing its direction but Purist came in and gave it an artistic direction we didn’t see.”

There is a supreme level of lyrical sparring on Kelly Had A Seizure between Robert and Kool Keith, we asked, how was it linking up with him? “Kool Keith for me is a big legend! I’ve got some real favourites from him, you know Dr.Octagon shit mainly, so I didn’t really know what to expect. But he complimented Kelly with the deadpan and dustiness of my verse.”

We know the US, UK hip-hop connect has been documented heavily and it’s getting harder to tell who’s rubbing off on who, but Robert does justice to both side of the pond and unapologetically raps with a West Mids twang.

“When it comes to West Bromwich, I’m very proud of my Black Country dialect. Growing up, everything about the council estate and everything that happened there is vital. That family first, community mindset and also the multicultural aspect, I was one of only three white people, so growing up in that [environment] has really shaped me.”

Touching on the period Robert spent incarcerated, it’s the music moving him forward in life now and providing the ruler to draw a line under the past, especially when it comes to fatherhood and sharing his art.

“Music has always been way for me to me to exaggerate things I’ve seen in my life, but Robert is more plain, it’s very much me. I’ve been home now for around four or five years, so it’s almost revisiting [another time] with this album. All these interviews feel alien to me, I’d left that life behind! But the lyrics on this record were mostly written when I was away and that’s probably the most special to thing about the album to me. It’s honest and something my kids can listen to and I don’t feel ashamed.”

Change is possible at any point during our lives and Robert shows that one day your heroes can be your collaborators with the track No Cooperation with Jason Williams; “I grew up on grunge as a kid before hip-hop in the mid 90’s, so I hold that movement close to my heart anyway. Any kind of punk or anything anti-establishment I love! He [Jason] just reached out to management as he liked the record. He didn’t want anything for it, he just loved the music. What’s really interesting to me (don’t know if you get this from his verse), but it’s really intelligent, it almost sounds like he’s saying random things, but it’s a very smart rap!”

There’s no age limit when it comes to rap, as with age comes experience and with that comes more fuel for the lyrical cache. Consciously or not, Robert demonstrates this beautifully, straddling demographics with bars like “Cover every post like Pinto” or on the tune, 15 Years, he paints a vivid picture of riding on the back of the bus in 2006 / ’07.

Making it to the album album artwork and having a track named after him, the Bhagwan A.K.A Osho has been a big influence on Robert, “Osho was integral due to us being so interested in his story, more than meaning anything to me personally. His story was so profound and I’m a spiritual person myself so that was the linkage to him pretty much.”

What do you ask of your listener’s to do before going into this project?
“I want them to know it’s not a rap record, don’t go into it expecting the maddest bars. Listen to it the same way you’d listen to punk, blues or funk, sit down and listen to it the natural way.” – However you may take that to be…

Lastly we had to find out if we can expect to see this project live, “we’re looking at a few options at the moment and we’ve had a few enquiries – I’m eager to get back on stage, but all in good time! It’s been about four years so I want to get back out there.”

For now, stream the album above or consider supporting Robert on Bandcamp – merch and vinyl available!