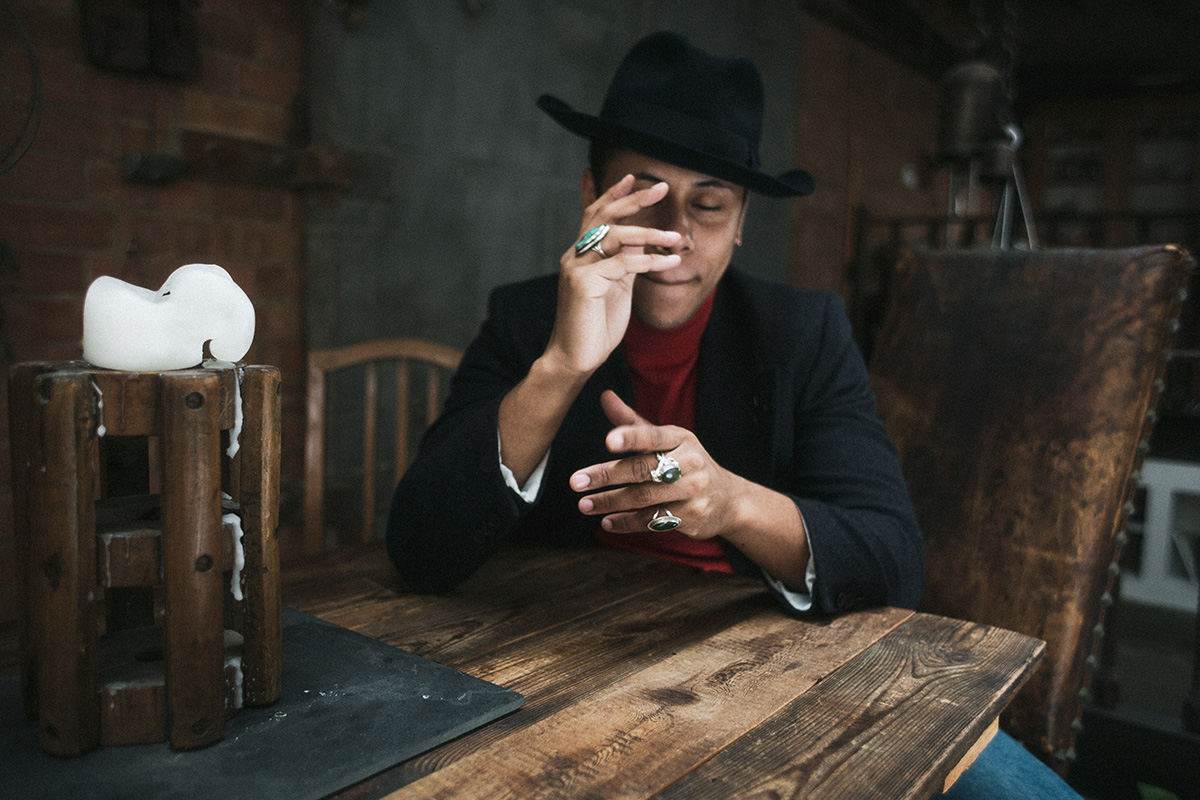 Reuben James has worked alongside some of the industry’s biggest names, collaborating, performing and writing with Roy Ayers, Tom Misch, Honne and Sam Smith. However, James started his career in humble Brum at the Royal Birmingham Conservatoire where he studied jazz piano every Saturday.

Talking to Reuben was a very calm and relaxing affair, we chatted between his Birmingham gigs at THSH (November) and The Bramall on the 13th of this month. A double tour date in Brum almost got us choking on our porridge, but it displays the continued hard work Jazzlines puts into supporting the scene and artists such as James, who they’ve been working with from a young age.

Whilst playing at Ronnie Scott’s, James was scouted to be in Sam Smith’s band, a catalyst in his career which lead him to co-write tracks The Trill Of It All and Him. He informed us on working with the stars:

“Sam Smith, Tom Misch, Disclosure, all of them having been amazing. It’s been wicked to work on those records and it’s been great to play on Tori Kelly’s new album as well. I love working with Honne, it’s so much fun and we just make really good music together, we’ve got a great thing going. Also Bruno Major. I had so much fun writing for his first album. He was a good friend for a long time and it’s just so beautiful that that happened and it did what it did.”

As well as taking inspiration from the kingpins; Frank Sinatra, Stevie Wonder, Nat King Cole, James adds; “I’ve definitely taken influence from playing with all of these artists. It’s all a part of my musical journey and [has shaped] the sort of music I love. I take influence from everything around me. I don’t just want to work on the same types of things, it’s not like I listen to just one thing, so why write just one thing”.

The love of James’s songwriting comes from a surprising source, as he talks about his interest in first generation youtube star Passion who inspired him to get into composition. “When I was 15 I loved his stuff and started writing my own little songs, I’ve actually hooked with him and worked on some music! There was then a period where I stopped writing and was just concentrating on being a jazz pianist and then while I was on tour with Sam [Smith] I started writing some bits again”.

Asking him why he decided to embark on a solo career now, after having dedicated his time to writing and playing for other artists, he laughs and says “I felt like now was the right time…although it’s always the right time, I was always putting it off and then I realised there is no right time! So I just put it out”.  (Note to all those putting off there releases.) He also amusingly adds; “my manager said it’s coming out on this date, so I pulled my finger out and got it finished. That was literally how it went down, without that deadline it probably still wouldn’t be out”.

Adore; a single which doesn’t limit itself to just one genre, but draws influences from across the spectrum and explores the intersections between jazz, soul, pop and R’n’B. The EP incorporates all James’s “favourite sounds; jazzy vibes with the brass and horns and harmony and more R’n’B on the beats and vocals” – James produced a lot of the tracks, recording all the synths, piano rhodes and vocals himself.

However, what BABMAG finds really exciting is the collaboration on this single. As Reuben chats to us about his choice to involve some of the top musicians in the game; his passion for collaboration oozes out and is genuinely exciting.

One can feel he is really channelling the spontaneity of music rooted in jazz improvisation and a DIY culture. Indeed, asking Reuben how he got to meet and work with these different musicians he really comes to life, “collaboration is the key” he reminds us several times throughout the interview.


“[I’ve worked with] Chris ‘Daddy’ Dave before, we recorded a record for this amazing artist called Hikaru Utada, the biggest selling artist in Japan of all time. We linked on that and then when I was in LA, we had some whisky and we went to Capital Records with our friend Nick Littlemore from the band Empire of the Sun and we laid down some stuff.

I’ve always been a fan of Braxton Cook’s music, we meet years ago in New York. I just text him and asked whether he wanted to play on this track… Twenty four hours later he sent me the stems and that was that.

I met Keyon Harrold at the jazz awards in London. I took his number and texted him the next morning saying; ‘yo, do you want to go to the studio?’ but he was like ‘I’m leaving for New York in a few hours’, so I asked him to come to a studio straight away. I basically blew up all the producers I knew to find a studio, went and picked him up, recorded him and then put him on a flight!

Michael Mwenso literally just sent me a voice memo of him speaking which was used on the Outro of the EP. And QMillion mixed the EP, he is grammy award winning and mixed Robert Glasper’s record and a lot of other dope records”.

So what can we expect from Reuben James in the upcoming months?

He assures BABMAG he’s going to keep writing and collaborating with other artists on a weekly basis, however, this aspect is going to take a back seat as he focuses on developing his own sound. He is also currently on tour with Birmingham forming two of the dates, a natural state to him as he tells us that he has been touring for the last 7 years almost nonstop. His new tour takes on a live interpretation of ‘Adore’, with “all the extras that didn’t get on the EP”.