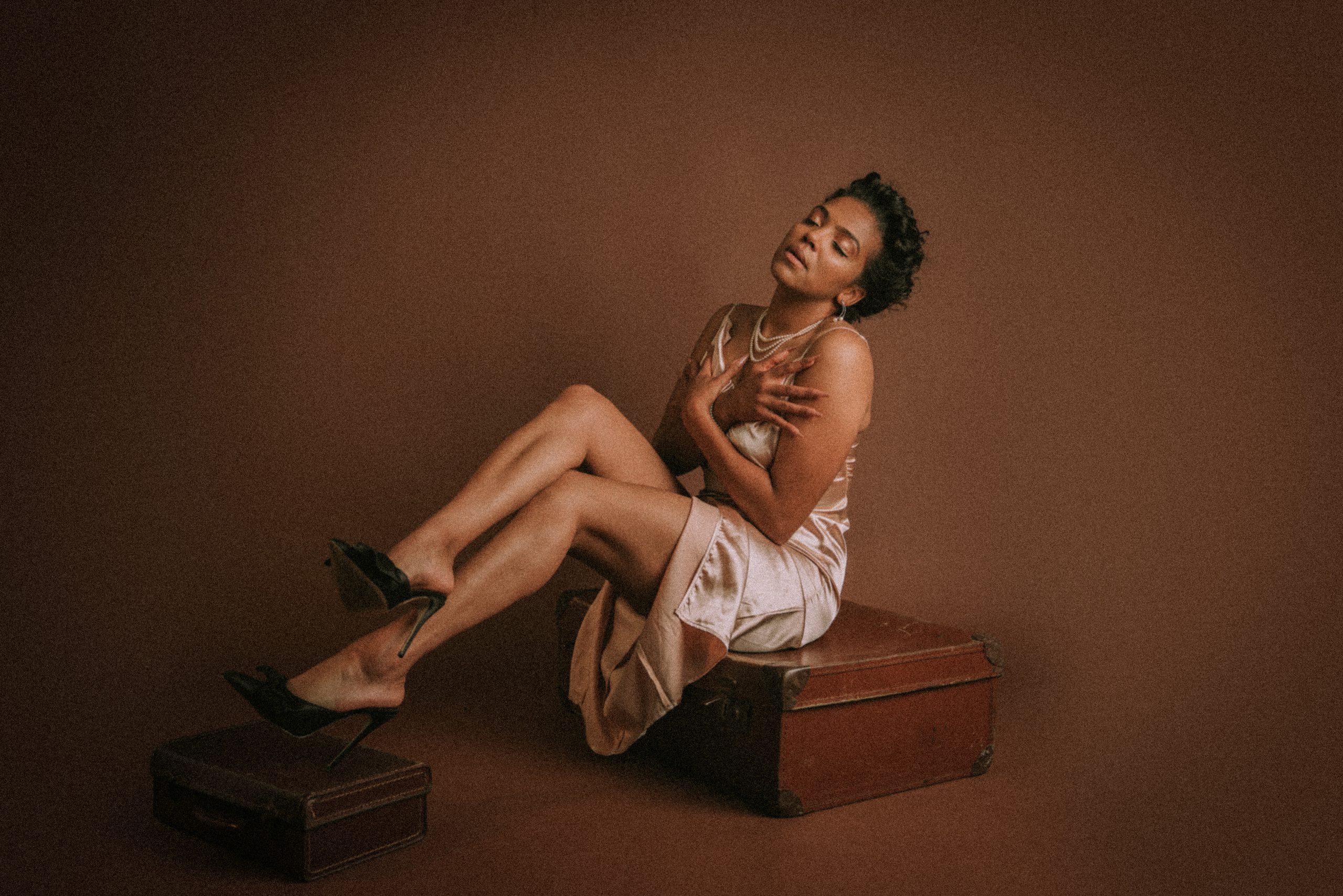 We spoke to PleasePrettylea to find out what inspired this new track. To find out why this music video is so stylish and sophisticated, especially considering her last video SHOVELLING SH!T consisted of crocs, pea costumes and several women covered in sick.

This stripped back ballad strayed too far from her usual sound, to not have an interesting explanation.

“I was watching The Crown and I really found myself relating to Princess Margaret and her infamous love stories. It inspired me to create a song that could fit The Crown’s sound track, hence why it’s got that classical feel to it.”

For those of you who don’t know, Princess Margret is Queen Elizabeth’s belated sister. Although The Crown does provide a (somewhat) dramatic interpretation of the princess, historically Margret has always been considered quite un-royal. Namely because she once posed nude, among other scandalous, “unladylike” activities.

Curious to find out what it was about Princess Margret that PleasePrettylea related to, she continued.

“She’s so free and I don’t necessarily think she was being wild, she was just being herself. She felt so restricted and confined by the bounds of the royal family, she needed that outlet. I think we can all relate to being confined by our jobs, parenting, just home life in general.”

“Sometimes you do need that release. I term it as chaos, the chaos inside me.
But I think that’s why I related to her the most, I wanted that fun. But it wasn’t always fun for her because it was emotionally traumatic as well, and I think again, that’s where I can relate.”

Prying a little, we wanted to know the pressures PleasePrettylea struggled with personally that make the connection so strong. With a slight smile, she directed us to Nude Silk Dress’s chorus:

“I think in today’s society women are sexualised based on how they look and we’re deeper than that. I’m a lot deeper than people might think. And that’s what the song is expressing as well. I have a sensible life in terms of work, then the other side is, I want to be free with my creativity. So it’s like I’m leading a double life in a sense.”

Acknowledging the “poor me, I’m pretty” narrative is passé, PleasePrettylea has still experienced sexualisation and the barrier it creates for her and her music.

“I struggle to get my art across the way I need to because of how I look, especially with this music video. I don’t normally try to sexualise myself, I try to look as chaotic as possible to avoid that, whereas with this music video I deliberately look glamorous to fit with the song.”

“It’s difficult because people are probably not even going to be listening to the lyrics. They’ll think she is being sexy. But if you listen to the lyrics it’s a really sad song..”

I am feeling reckless
In my nude silk dress,
JD in my cup fill it up, fill it up

Then the lyrics of Nude silk Dress go on to talk about:

Walk into the street and see who she’ll meet,
Will it be love at first sight or will they just want to…
Sleep with me

“It’s sad because it’s me questioning my sense of self-worth. Am I ever going to meet anyone that’s going to take me seriously in my entirety, my creative sense, my professional sense, my sense of humour, my chaos, my depression.”

PleasePrettylea really hits notes of low self-worth, but manages to stay true to herself and know that these requirements for herself are not an unreasonable ask.

Getting to know PleasePrettylea’s points of reference further, we asked how she feels about casual sex culture.

“I am in an old mind frame of not having casual sex because of the judgement that come with it. It’s a personal thing, but I think it is because I want someone to love me… my whole character with my murky waters”

So why switch it up, and decide on such a sexualised video for Nude Silk Dress?

“I have conversations with my friends in the music industry, and we have always said, one thing that seems to be a theme is females are made to feel like they have to sexualise themselves to sell music.”

PleasePrettylea explained that her character in the track is almost revelling in the stereotype, because it’s hard work to always be proving the opposite point.

“I think me doing this video was playing into that a bit on purpose. Like yeah, I can do it if I want to do it, but I don’t want to do it. You’re only having this one music video and then I’m going back to what I’m used to.”

Finally, asking what was meant by “Love in vain”, an emotive lyric that PleasePrettylea’s dynamic vocals, harrowingly repeat throughout the track.

“It’s about your love potentially being wasted because it’s not meeting someone’s expectations. You’re never good enough and I think that’s where it comes into play, conflicting with my self worth.”

“Knowing that I’m good enough, but in a certain situation I feel like I’m not good enough. I think that’s why I wrote “more than love in vain”, because I am more than your expectations of me. If I don’t meet those expectations, I can’t do anything about that. It’s about me taking my power back and saying no, I am more, there’s more to me!”

As we said our goodbyes, I asked what fans could look forward to from PleasePrettylea and she was quick to reply:

“Expect the unexpected. I’m really pouring my heart and my soul into exploring the realms of my creativity, and I can’t wait for my next release.”

You can listen to Nude Silk Dress in our City Sounds: Birmingham Spotify playlist