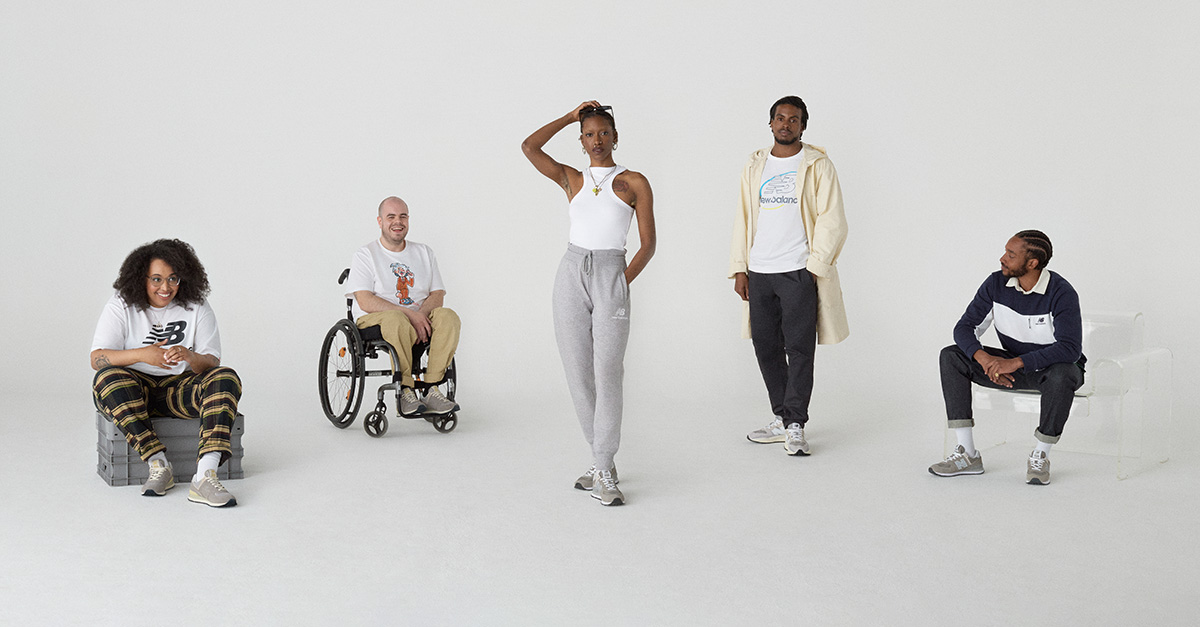 An Invite from New Balance Into the World of Lauren Ralph

Seeing Lauren Ralph, Eden, or simply 3 (to some), transition through different phases over the years has been both natural and occult.

There was his time with the indie rock band, The Heist, to being influenced by Yung Lean and the whole ‘Sad Boy’ wave of Ralph Lauren bucket hats and New Balance trainers. Shortly after, the grime resurgence occurred and Blue Room Mafia began to perform all over the country.

Born and bought up in the musical village of Moseley, the producer and DJ has long been a person to look up to for their adaptability and creativity.

International street wear brand, New Balance recognised this and Lauren Ralph is part of their 2021 Grey Day celebration, along side Cktrl, Sumuyya Khader, Meme Gold and Wheelman who are representing their respective cites.

After taking some time out, Lauren Ralph re-mapped the route he was taking and developed a keen ear for Afrobeat, Baile funk and French rap along the way. Still honouring his Blue Room origins with menacing instrumentals and production styles, he’s never been one to worry or stress over making a song align with today’s palette of commercial taste, a feeling that has always been the motivation for him to make his art.

We managed to grab some time out of his jam-packed week to ask him some questions about new music, life experiences, New Balance and working with black radio station, No Signal.

Catch Lauren Ralph on No Signal Radio today at 4pm in celebration of NB Grey Day and drop of the exclusive grey 574 Un-N-Ding.

Firstly how have you been Eden?

I’m great bro, I’m feeling confident for the future. Obviously The New Balance campaign and this No Signal show is a great look, but I’m equally as excited to finally get my individual streaming platform for my own music, that’s my personal highlight.

You’ve been very busy this week releasing Rose Gold w/ Eyez, what was it like connecting with him, how did that come about?

It was very organic. We’ve had mutuals for a while and it was only right to come together and make a banger. It was mad for me though ’cause as you know, me and the guys used to rinse his JDZ Media football bars vid, if you know, you know in secondary school, no cap those were the days man.

Speaking generally and music wise, do you feel like you’re currently on top form?

I don’t know about top form. I’ve got more to show! But in regards to how I’m feeling, I feel pretty good. It feels nice to be making music with different people, creatively I feel amazing.

What was the process working with New Balance like? Does it make it easier working with a brand you resonate with?

That was extremely natural. I’ve enjoyed it a lot it’s been a pleasure to work with such a nice team. Of course working with a brand that you’ve worn for years makes it more enjoyable and it’s made me realise how many other opportunities can come from making music.

The summer of 2018, you relocated to Paris for a short amount of time, how did that experience influence you and what did you learn?

In so many ways! That experience took me right outside of my comfort zone at the highest level. I mean I had to find an apartment on Le Bon Coin (France’s version of Gumtree/Facebook marketplace). It’s definitely helped me with my music as I’m more likely to put myself in sticky situations than before the trip.

Did moving down to London for University a few years back encourage you in becoming more familiar with your African heritage, your Grandparents are Ghanaian right? Did this influence your use of instrumentation within your music or the music you listen to?

Yes they always had the Naija channels on, so man was hearing afrobeats all day everyday and yeah I did start listening to more of that afterwards when I moved down and ate a lot from Occra Palace!

Will you ever look at putting all the Soundcloud classics onto streaming services?

I have thought about that, but same way it’s nice to have left the tracks where they are too.

How would you describe the Lauren Ralph sound now?

You know what, the best way to describe my sound, I’d say is eclectic.

What does No Signal represent and how will Saturday’s show differ to the normal sets you have done with them before?

It’s the first show where I’m going to be actually chatting and shit. I’ve really tried to style it like a real professional show. I have Ninioh in for a guest freestyle and quick interview. That’s something I’ve never done before, but as I’ve said, coming out of your comfort zone can be a good thing.

What does Birmingham mean to you?

One thing we have truly learned about Lauren Ralph, especially during the most recent lockdown, is that he is literally a master of anything he puts his mind to.

It could be a new music programme, launching a startup, Japanese automobile, learning a new guitar loop in record timing, you name it, he’ll learn it – it’s this inquisitive thought stream that will ultimately see Lauren Ralph go to the moon and beyond.

Looking back on his BABMAG article from a few years ago and seeing him grow from boy to man, bringing Birmingham up with him, makes him a real treasure of the city.

Always learning, thriving and pushing boundaries, we’re thrilled New Balance has picked up on this talent and are sharing his magic far and wide.

Long may it continue.