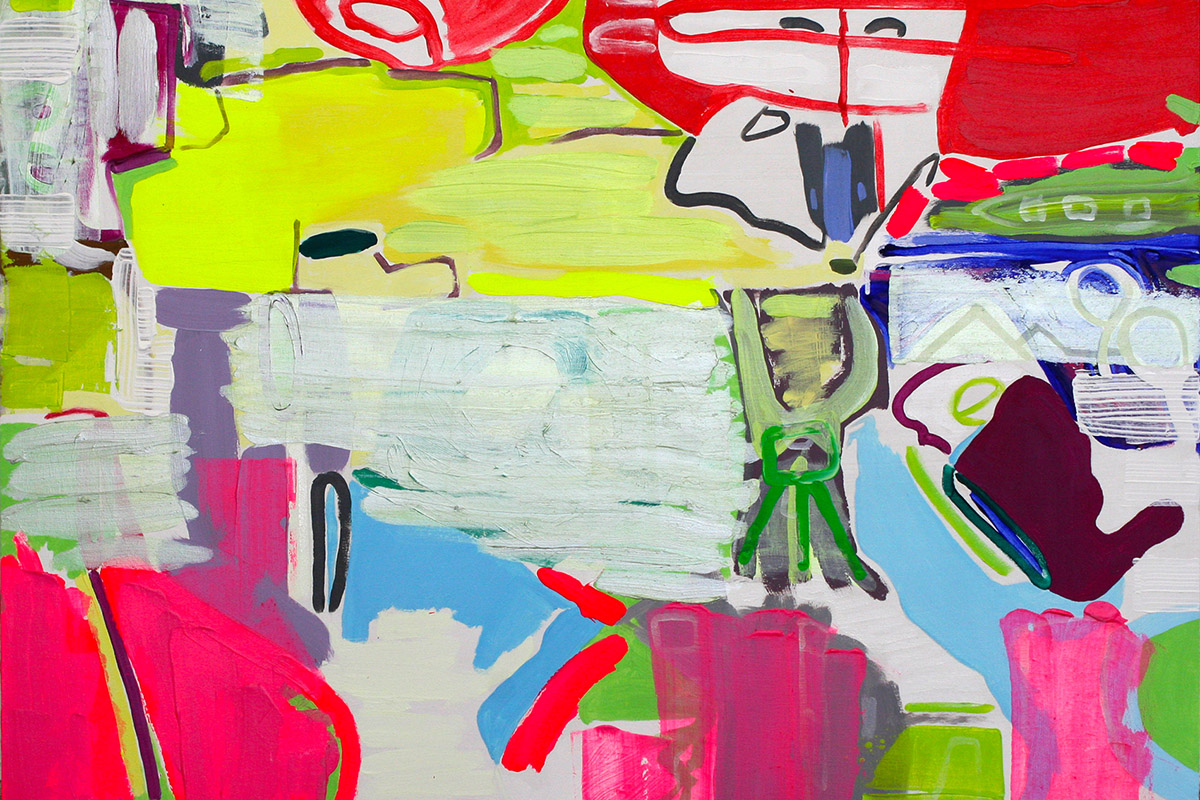 New Art West Midlands does exactly what it says on the tin. Local galleries will be showcasing new, exciting art from graduates of five West Midlands arts schools, with work being displayed at Birmingham Museum & Art Gallery, Wolverhampton Art Gallery, the Mac and the Herbert Gallery & Museum in Coventry from 12 February until 15 May.

Providing one of the only platforms for emerging contemporary artists in the city, New art West Midlands gives us a glimpse into future artistic talent, with artists working in a mixture of painting, photography, sculpture, video and installation. New Art West Midlands is organised by Turning Point West Midlands, a network that works to promote and develop contemporary art in the region, hosted by Birmingham City University. With five universities and four venues, and 43 exhibiting artists, the initiative is the largest partnership of its kind in England.

Wendy Law, Director of Turning Point West Midlands, commented: “It is exciting to see just how much New Art West Midlands has grown over the last four years and to be working again with our partners. There is a diverse range of talent and work coming out of our art schools and universities in the West Midlands. New Art West Midlands provides an important opportunity at a crucial point in the careers of these artists, enabling them to have their work displayed in highly respected galleries and to be seen and enjoyed by a wide public.”

Some of the highlights on the bill this year are Laura Haycock’s extraordinary self-portraits, which take reference from traditional nudes such as Velasquez’s 17th century oil paintings. Haycock is interested in the spectator versus the subject and subverts the gaze and therefore the viewer’s dominance by looking directly back at us. This sense of voyeurism is also explored in video and installation work by Jack Marder who takes a look at gluttony in the modern age.

Chervelle Fryer’s vibrant jungle-like work is derived from a narrative illustrative tradition that focuses on animals and flora. Her illustrations reflect upon the cruelty of both nature and man-made influences on the environment, whether good or bad.

Eleisha M Gordon’s works are influenced by black heritage and culture, her large scale sculpture and film work Afro Politics (2015) explores the political and cultural significance of black hair to consider her heritage and black personal histories. Juliana Kasumu’s photographs also consider the contemporary African symbolism of African hairstyles, in particular, Irun Kiko.  The theme of heritage and identity continues with Ally Standing’s photographs exploring the remains of Birmingham’s Brutalist architectural legacy, whilst Kyle Cartlidge’s paintings of a featureless-head reference his youth growing up in post-industrial Stoke on Trent.

It’s also possible to get lost in mesmerising landscapes represented in Jakki Carey’s painterly video work, Ís, the work captures a glacial lake in Iceland in what appears to be a direct warning from nature about climate change. Frederick Hubble’s installation Harvesting dew to make a cup of coffee with is a warm take on the romantic notion of living amidst nature. Meanwhile at Wolverhampton Art Gallery visitors can find Rachel Bint’s photographs of Hengistbury Head in Dorset and Aaron Sehmar’s lone figures in desolate rural and urban settings, both works tinged with a sense of mystery and drama.

There is a competitive element to the exhibitions, with five successful artists being awarded £1,000 at the end of the exhibitions. In the past, it has also been a launch point for many emerging artists at the start of their careers.

The private view will be held this Thursday 11 February at Birmingham Museum and Art Gallery 6-8pm. For further information, dates of the exhibitions and locations visit www.newartwm.org