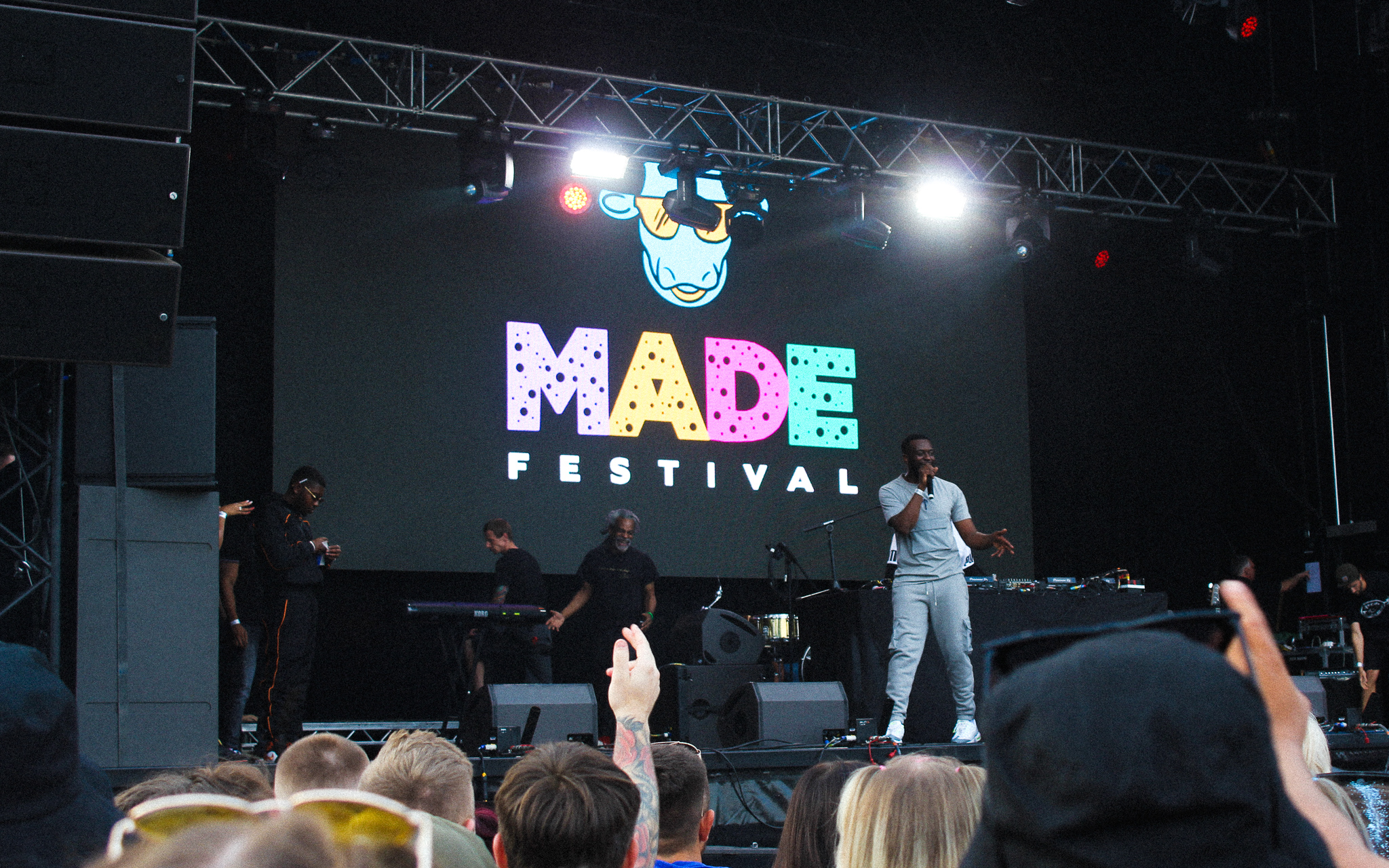 MADE Festival 2021: Brummies Unite to Seal Off the Summer

As with many festivals, MADE had its own Covid-19 hiatus, but finally returned (after a couple reshuffles) for its seventh instalment, this time to Sandwell Country Valley Park. Thousands of festival goers, old and new attended the one day event and it would be an understatement to say they caught up on lost time.

Many acts absolutely crushed their sets. Reeling off a few standouts, we saw K1 Strange alongside Mugun and Minor Formula’s Patches, who delivered optimum, high energy and ensured those who weren’t aware of them beforehand, did after.

Selextorhood’s LEV and reli.ah played alongside Voyage’s Trieste to a large crowd earlier in the day on the 20 Years of Leftfoot tent. Rocking bold, bright and matching outfits(!) the b2b was even more colourful, packed with many, many dance tunes. Speaking to LEV she said:

“It was more of a task [than usual] figuring out what people wanted to hear, but it was super fun to play with reli.ah and Treiste!”

The Sum Cellar boys, Brad and George had a wicked set, drawing in a huge crowd and providing the feel good vibes they are renowned for. In true Brummie style, George expressed how they were surprised people were messaging the club event to see when they’d be returning! We had a chance to catch up with them after:

“We went from putting on events every month, to not doing one for nearly two years, so it’s great to be back!” – Brad

Dapz On The Map was a true gent and professional, absolutely killing his set. Not a single syllable was missed in front of the home crowd. He spun some of his biggest tunes and notably a new song that we’ve heard will be on his upcoming project Landed, expected late autumn.

The West Bromwich star brought out some familiar faces such as Jaykae for Froggy 2, who caused a stampede of fans with his presence, Wolves’ newcomer Trill Troy and his other half, the amazing Pheleba to perform Beautiful.

Vital and Girl Grind Collective came with that natural raw presence – which so many artists from Birmingham carry.

The Weird and Wonderful stage boasted big crowds with Brum’s own OJE b2b with Tom Fire, bassline legend, Jamie Duggan and the Rowdy northern collective, Bad Boy Chiller Crew. There was festival favourite, the Police Rave Unit, designed in the style of an actual riot van which had crowds flocking to see respected D&B veterans such as Serial Killaz and Ray Keith.

The only flaw was that it was such a heavily male-dominated line-up, seeming to miss many of  the ladies doing their thing throughout the West Midlands like S.Bambina, Lady Sanity, Keyrah, Mya Remi. Diversity will improve with awareness, but we must voice these issues in order to actualise change.

A real positive to mention was the attitude of the staff, from backstage crew members to security, who were staying alert but also taking time to have a little boogie with festival goers – it’s the small details like this make these days ones to remember and enjoyable for all.

Speaking with one of the guys working on West Midlands based The Spice is Right street food truck said, “I’m gassed to be working here today. I’m being paid to listen to tunes and serve good food, its not far from mine either! What could be better?” That attitude is how we feel festivals should be for those working in hospitality, something you don’t often see at festivals elsewhere.

Overall it was a successful day. Unproblematic and safe for all those visiting the city, who hopefully left with a glowing smile!

It should also be noted that current queen of neo soul, leading the troops out of Babylon, Greentea Peng told the crowd,

“the Birmingham accent is my favourite. This is my first time, it’s so mix up!”