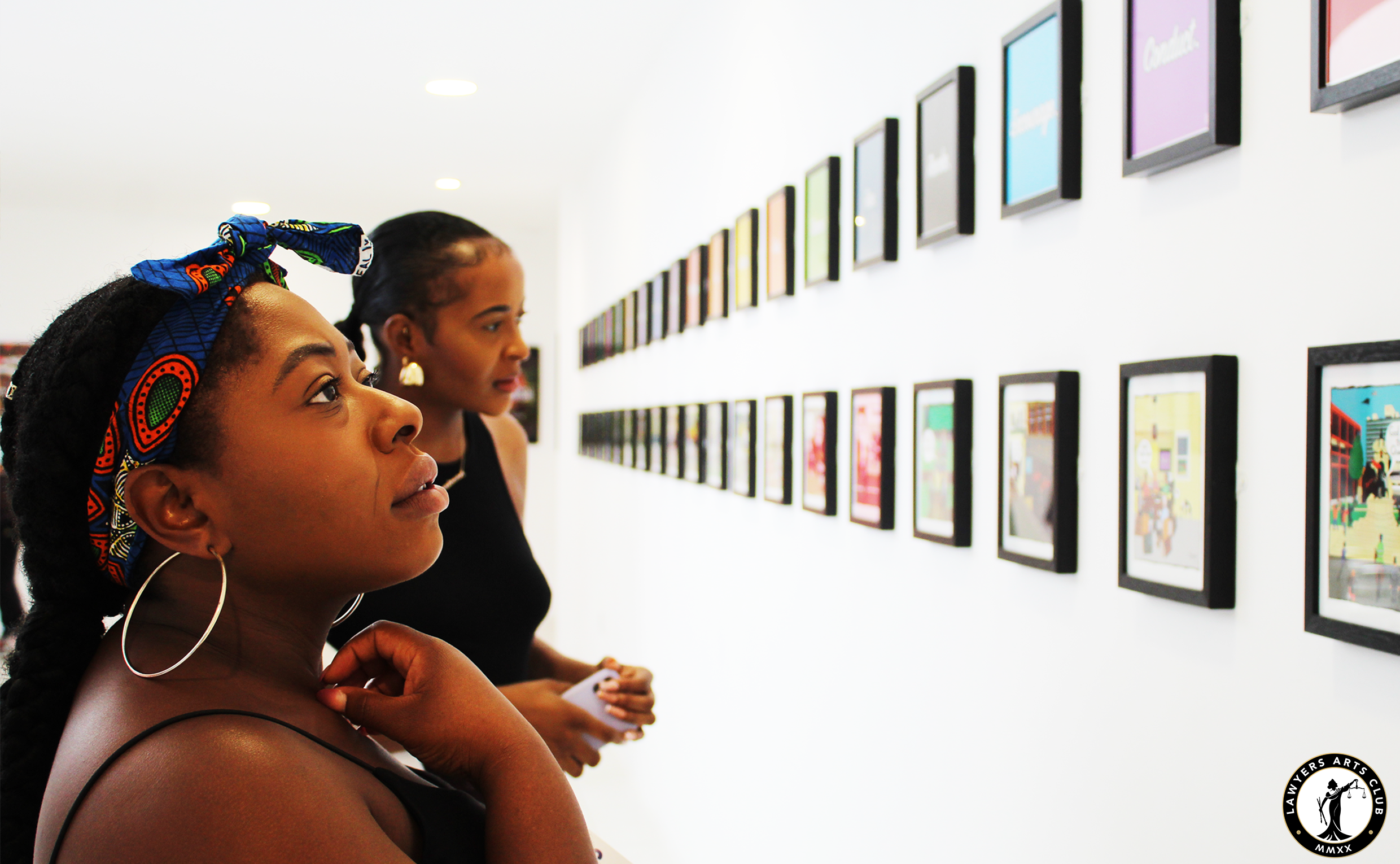 This includes illustrations by Harri Hampson, who produced a variety of drawings for the Law On The Wall project, which explore the importance of particular words in parliamentary acts.

As well as artist George Cox, who’s created a pop culture series which encourages people to explore the complexities of Vaccinationism (treating people differently based on their vaccine status).

The LAC was recently founded by criminal defence lawyer, Paris Theodorou and artist, Alexander Mahrra. The pair endeavoured to form an organisation that allows lawyers and artists to come together to add some colour to those legal grey areas which can be particularly tricky for people to grasp.

By bringing together two stereotypically different professions, LAC aims to create a fresh, innovative approach to understanding law. One which is easily accessible to the general public and can thus provide a platform for informed, reasoned debate about jargon heavy, legal precedents. LAC believes that this kind of open discussion is fundamental to the democratic progression of the law.

Harri Hampson’s artwork reflects the significance of a singular word in 20 separate acts of parliament. Interestingly, all these parliamentary acts have played some kind of role in current affairs during recent years. Hampson’s works include depictions of the term ‘Consent’ from the 2003 Sexual Offences Act, and ‘Faith’ in the Abortion Act of 1967, as well as ‘Fine’ from the Coronavirus Act, 2020.

George Cox’s pop culture collection on Vaccinationism takes its inspiration from advertisements specifically films, TV and music. It then applies these narratives to those surrounding the Covid vaccine and its uptake. Here, it is crucial to note that the Cox’s art itself is not intended to be anti-vax in any sense. Cox has received both his vaccines and in personally pro-vaccination. However, the Vaccinationism series endeavours to showcase the potential dangers of treating people differently based on their vaccination status.

Cox’s work provokes discussion surrounding the importance of individual human rights, in contrast with general public safety. It additionally references the vagueness that has been present in the governments approach to Coronavirus and the vaccine throughout the pandemic. A vagueness which could explain why particular communities and certain individuals are less than enthusiastic with their vaccination uptake.

Local resident, Navdeep Nakhwal said, “The art for this Vaccinationism idea, comes from so many different angles, it really makes you think.”

Whilst Cox’s series necessarily touches on how Vaccinationism might impact people in the UK. It also prompts further questions about how this discrimination (justified or not) might impact people’s world view as the pandemic continues to unfold.

LAC’s exhibition is open between 10 am and 6pm Monday – Friday, its free to enter, but the exhibition ends on Thursday 30th September, so make sure you don’t miss out!

The LAC will also be releasing a documentary on December 2nd about Vaccinationism.

Finally, if you’re a lawyer or an artist whose interested in complicated, creative conversations, then you can join LAC via the link below:
www.lawyersartsclub.com