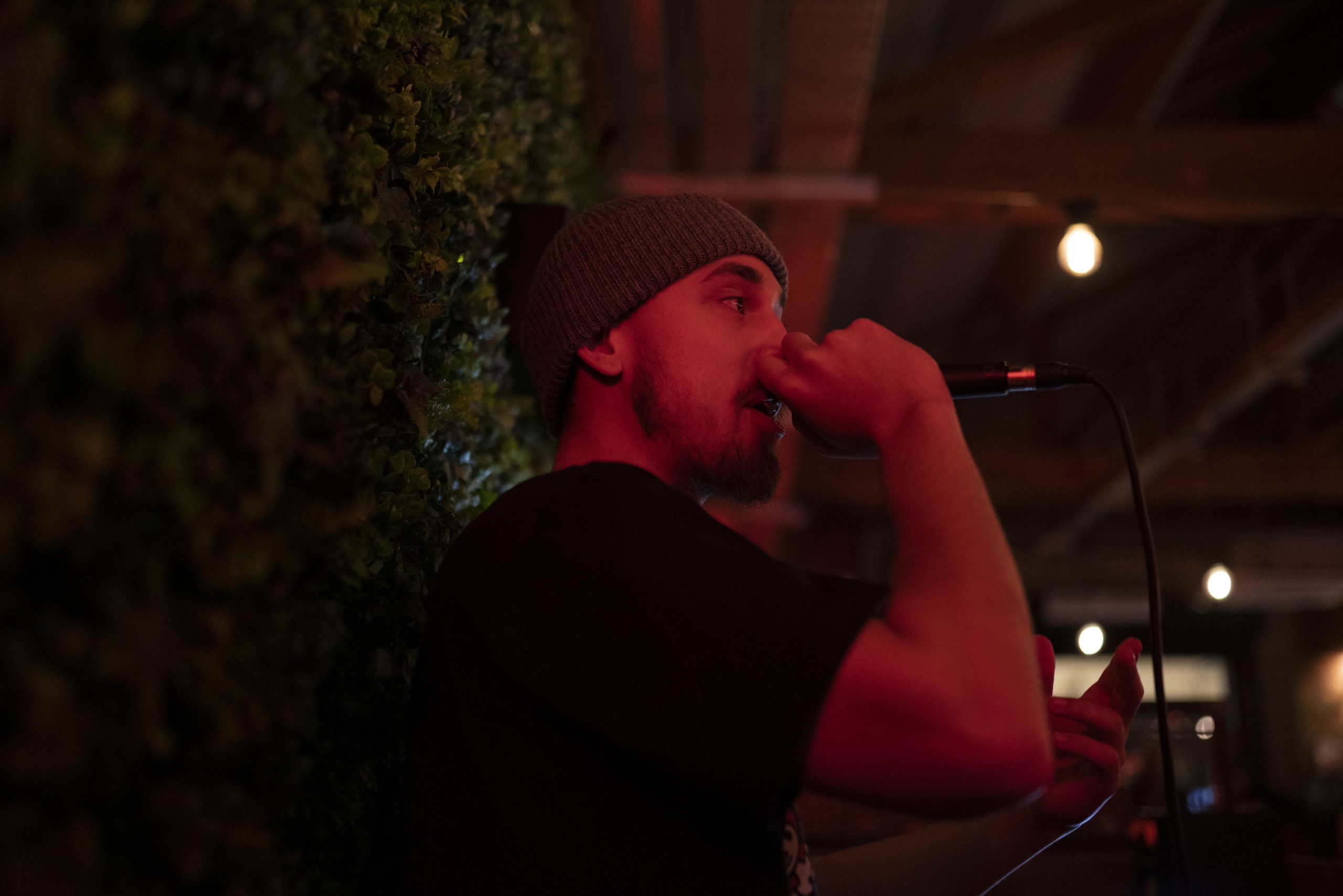 LANDEL Turns Heads With New EP, Yours or Mine?

Birmingham’s vibrant vocalist, LANDEL hosted a listening party under dimmed and intimate lights for the launch of his EP.

If you have been in town recently, it’s hard to miss the posters for the project that have been dotted about. Following the posters and LANDEL’s social activity, we came across this show at Stag Barbers and his latest music offering.

Yours or Mine? is a cohesive and enjoyable listen with the production mostly handled by LANDEL himself.

The intro to the EP; Way Deeper Than That, kicks off on a lighter note to that where Good Alone, his first EP, concluded, defiantly stamping a change for the rhythm and blues crooner.

Pull Up is a poppin’ lead single with an off-piste beat which allows LANDEL space to breathe over the mellow instrumental. Accompanied by a hilarious visual, that were premiered at the listening party, it features the artist and his female counterpart mobbing through the 0121, doing up ultimate power couple goals.

Overthinking is a relatable and standout tale about a tussle between believing in yourself and self doubt. In this track LANDEL explores the experience of having something, but not feeling particularly secure about whether it’s yours to keep.

Laced with dreamy production and thrilled to perform the song with a full band set up, he raised the levels on Addicted. As intimate as the lowlights of Stag Barbers in the Custard Factory, the song tells a tale of him coming to terms with the fact a certain individual has a pull on him in which he can’t shake, but certainly isn’t mad at.

Best Friends is a voice note of a rendition of Musiq Soulchild’s classic, which he does justice. Taking elements of the OG version and makes it his own, he sings;

“She the type of girl that you wanna text quick, put on Netflix, get undress quick, where the bed sits you get the message”

Bright Side, a collaboration between him and another spurring talent, Katus Myles, in which the fellow R&B stars come loaded with bars. The project closer, Pass Time, sees out Yours or Mine? in style. The song is his refusal to accept time with his love as past tense and pleas for it to be everlasting.

Yours or Mine? is certainly a strong effort that will no doubt attract ears from far and wide as the year progresses.

LANDEL is here to stay and definitely should be in rotation at yours, or mine.

Keep yourself in the loop with LANDEL on Instagram @LandelBlaac

Catch him performing at the Unique Experience alongside Call Me Unique and NeOne the Wonderer at Hockely Social Club, Feb 24th or at his headline show at the Rainbow Pub, 11th Feb.