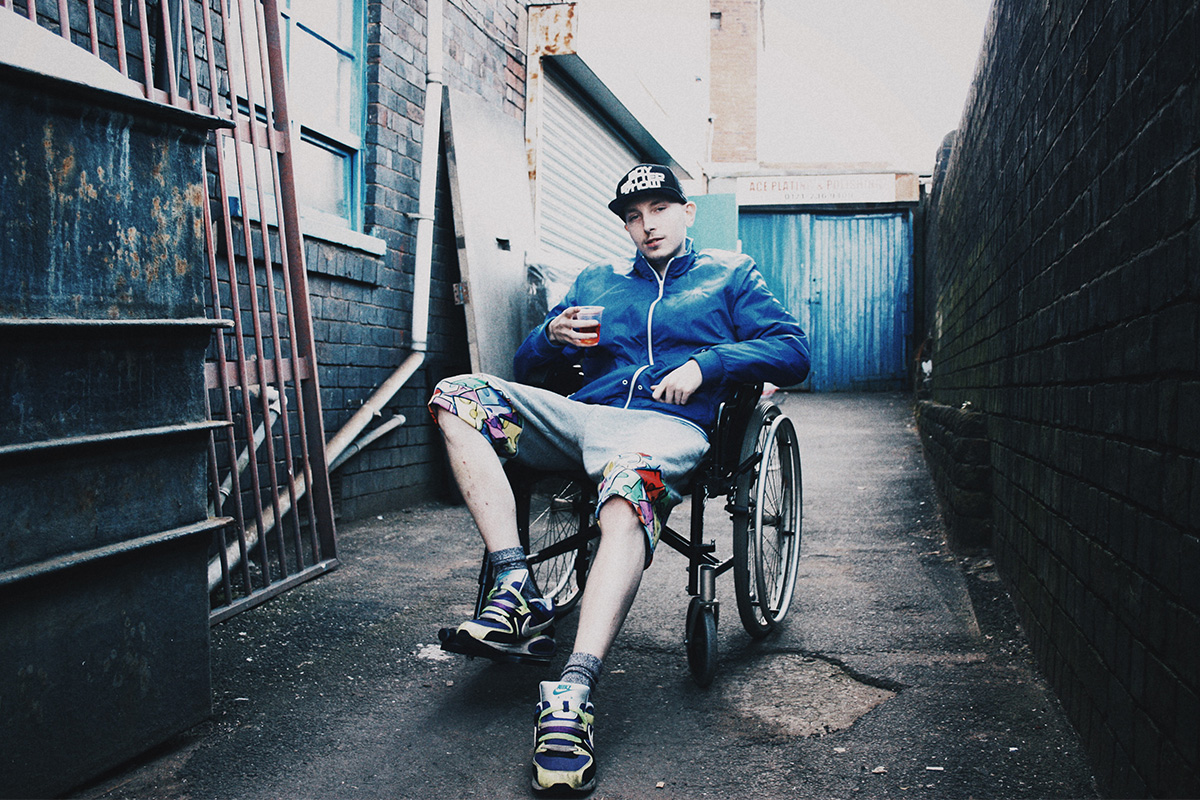 A 2014 MOBO nominee, who’s spent time learning his craft under the Boy Better Know label. A unique style and flow that comes from being born and bred in inner-city Birmingham and a much talked about Lord of the Mics, Part 1 battle that was infamously hard to watch. But he came back and held his own on the rematch.

Now boosting his status with party tunes to fluent freestyles. Those lucky enough to have made it to the sold out Sketpa gig in Digbeth last month would have seen Sox warming up and performing alongside the big man on the popular tune Shutdown.

We caught up with Birmingham MC Sox at Xenophorm Studios while he records new material for the summer antics.

How did your relationship with grime start?

Well, it progressed from garage, from So Solid Crew, I would say the year 1999 or 2000 when they first dropped 21 seconds. I ended up going to a local youth club and heard people making their own songs that I considered better than what was out there in the music industry at present; like just friends rapping back to back. Once I realised that local people could make songs and go to recording facilities, I fancied my chances – before I  realised it was called grime – it was music you could make, regardless of your financial situation. So grime was the urban street culture that was just part of my upbringing.

How strong is the Birmingham grime scene and is it still growing?

The Birmingham grime scene is very strong  – it’s a big area, there’s a lot of people who live here and of course, it’s the second biggest city in the UK.  Most UK artists that have blown up in the scene have “new accents”, easily recognised in America. While most have London accents, those who want summat a little different turn to cities like Birmingham, Manchester and Leeds that play off their alternative, strong accents, putting them in at an advantage as they grow their audiences and start putting out successful music

What are your thoughts on the sudden love for grime from Americans artists, where do you see it taking the UK scene?

I think recently, especially with trap and drill music, it’s all produced at a similar tempo and the fact that in grime we rap at double tempo, over the same tempo beats, gives grime an edge. Americans are getting to know UK rappers more and more, especially Stormzy, Skepta etc. grime has gained a big following, there’s a lot of people showing love.

You had a good relationship with the guys from BBK, how did that help you along in your career?

Them lot helped me literally take my career to the next level, they helped me in artist development, showing me the ins and outs of the industry, how to release a professional album, even helping me get shows both in the UK and internationally. They probably got me my first few dates abroad, literally gave me a course in grime! Bro, if you wanna go there, I got love for man still, cause there’s no other way to take that course.

What’s summer got in store for you?

I’m looking at doing the Yacht Parties in Zante, I’ve got a few tunes made behind the scenes that are focused on certain DJs that are out there; looking at taking it back to 2013 when I did the abroad seasons, made a lot more party music. Then, probably a serious album will come after that, over the winter period when I’ve come back to the UK.

Do you feel grime carries a bad reputation?

I don’t feel grime has a bad reputation at all I think artists develop bad reputations for themselves through their own actions. Grime is globally appreciated in 2016 as a positive British movement and has definitely gained mainstream respect as a genre in its own right.

How important is it to support the youth?

It’s the most important thing in the world man because if you can point someone in the right direction you will be surprised where they will get to, they might end up helping you out when you’re not so well off! So I always look out for the youts, trust me.

Any of those young artists making waves that we should look out for?

Yeah definitely! Shout out Tiny, Shadow, CV6… not necessarily young but he is putting in the work from Coventry. Shout out Killa, Stubzy, these lot are putting in mad work as well, and the kids that are in there Tamz, Jay1ace they’re a group, just 14, coming in their school uniform, straight off the bus and putting in the work.