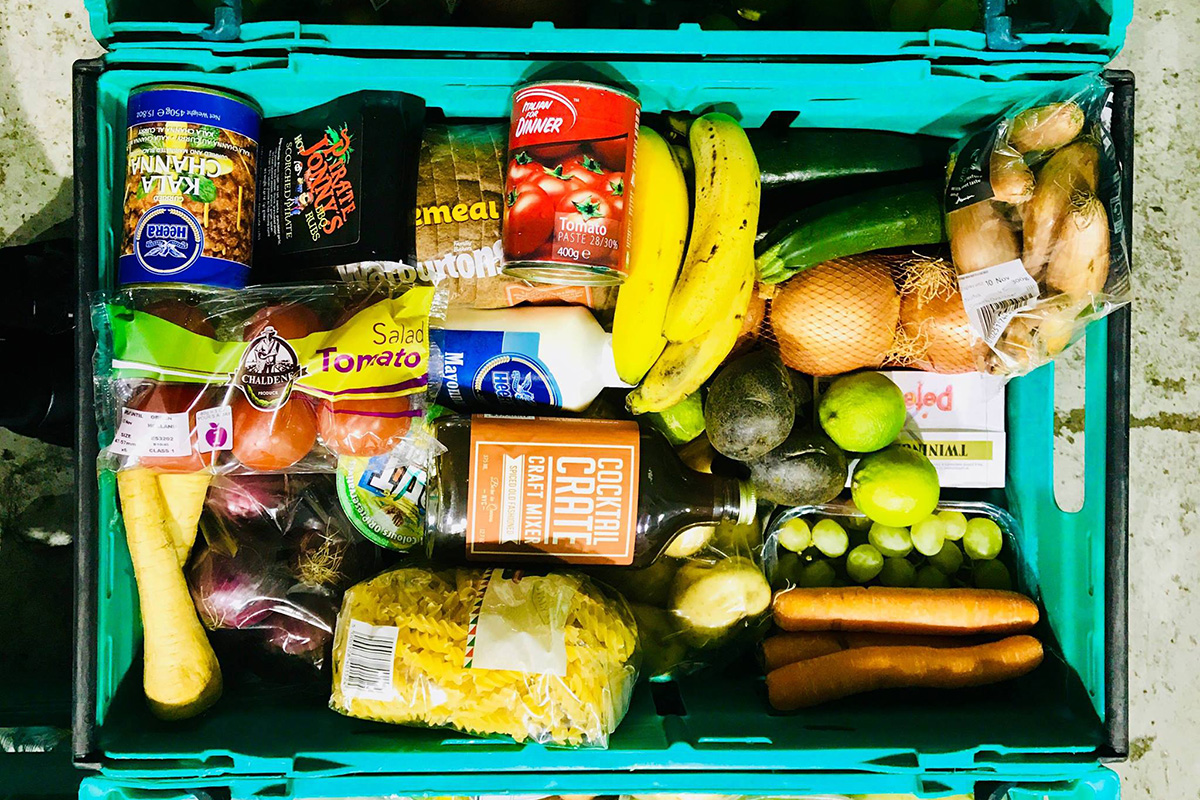 Junk Food Gets a New Lease of Life

8.4 million people in the UK struggle to afford food and require the use of a food bank – that’s the equivalent of London’s entire population.

Furthermore, in 2019 food bank usage in the West Midlands hit a record high, showing people simply cannot afford to eat. And it’s affecting some of the most vulnerable people in our society; the young, elderly, homeless and those living with chronic health concerns.

However, while millions across the UK go hungry, each year the UK food industry wastes 1.9 million tonnes of food, with 250,000 tonnes of that food still being edible, yet often not even considered for a food bank  – that’s enough for 650 million meals!

4,500 tonnes of food is wasted every week in Birmingham alone – that’s about 37% of all the food in the city – but if food waste were a country, it would be the third biggest contributor to climate change after the United States and China!

In Birmingham, we don’t have council provided food waste bins which means most our food waste goes to landfill. As well as wasting the food produce when we throw the product away, we’re also wasting the energy and water it takes to grow, harvest, transport and package it.

When food is sent to landfill, it produces methane – a greenhouse gas even more potent than carbon dioxide. Other greenhouse gases are also produced during food production and transportation. About 11% of all the greenhouse gas emissions that come from the food system could be reduced if we simply stopped wasting food.

The Real Junk Food Project (TRJFP) is Birmingham’s answer to reducing and redirecting food waste closer to home. TRJFP has been operating since 2014 and has helped Brummies across the city to access affordable, healthy meals through a pay-as-you-feel deal.

TRJFP has already rescued an impressive 600 tonnes of food from going to landfill, this food comes from supermarkets, restaurants and other sources to create around 200 nutritious meals each week for those who need it.

To see first hand how waste food can be turned into something delicious, you can visit TRJFP on Insta, at one of their cafés or food boutiques, the Sharehouse that they run or you can order one of their weekly Freegan Boxes. If that isn’t enough options for you, they regularly pop up at events all over the city and even offer event catering services!

The remedy to our food waste presents an ideal possibility for people, on an individual and community level. Through this social act you can contribute to the goal of reversing climate change and at the same time, look after those who need help the most.

Right now, this problem is glaringly obvious. COVID-19 has created a mass hysteria of panic buying, which has left many without everyday essentials in isolation and made it near impossible for some to find food and toiletries.

Although the media taunts us, think about what that ‘just incase’ purchase could mean to someone else. Extreme panic buying will only lead to a lack of produce for other people and will cause an increase in food wastage.

If you, or someone you know is struggling through this hardship, TRJFP are showing unbelievable kindness and can help. They’re promising to stay open as long as they can to ensure those who need it can get food and other necessities, even toilet paper!

If you have any spare food or items that could help someone, offer them up!

It’s time to band together and make this turbulent period as easy as it can be.