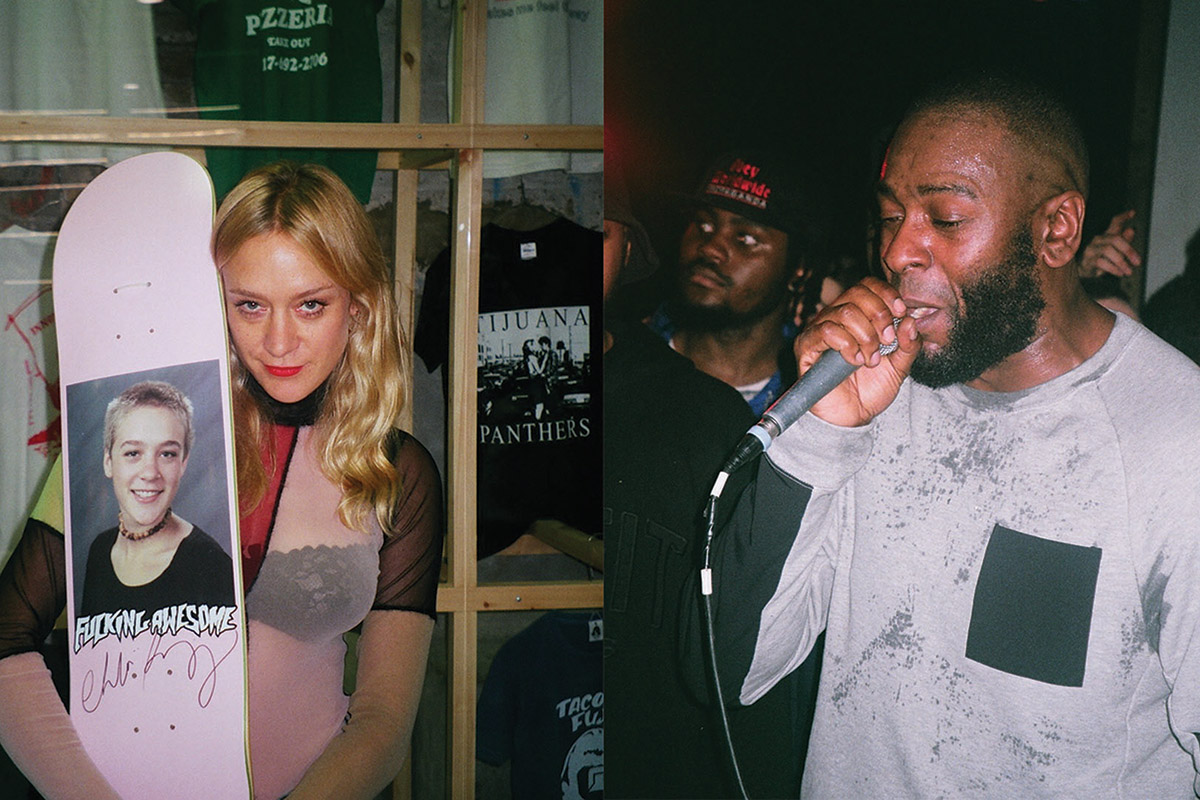 Joseph McDermott is a 21 Year old Graphic & Media Design Student from Kingswinford currently residing in Peckham. In his spare time he likes to skateboard around London whilst taking photos of the UK’s finest MC’s, his friends hanging out at the local chicken shop or Chloe Sevingy if she’s in the neighbourhood.

I spoke to Joseph about the release of his first photobook “Get.Got”, his approach to photography and dream portraits. 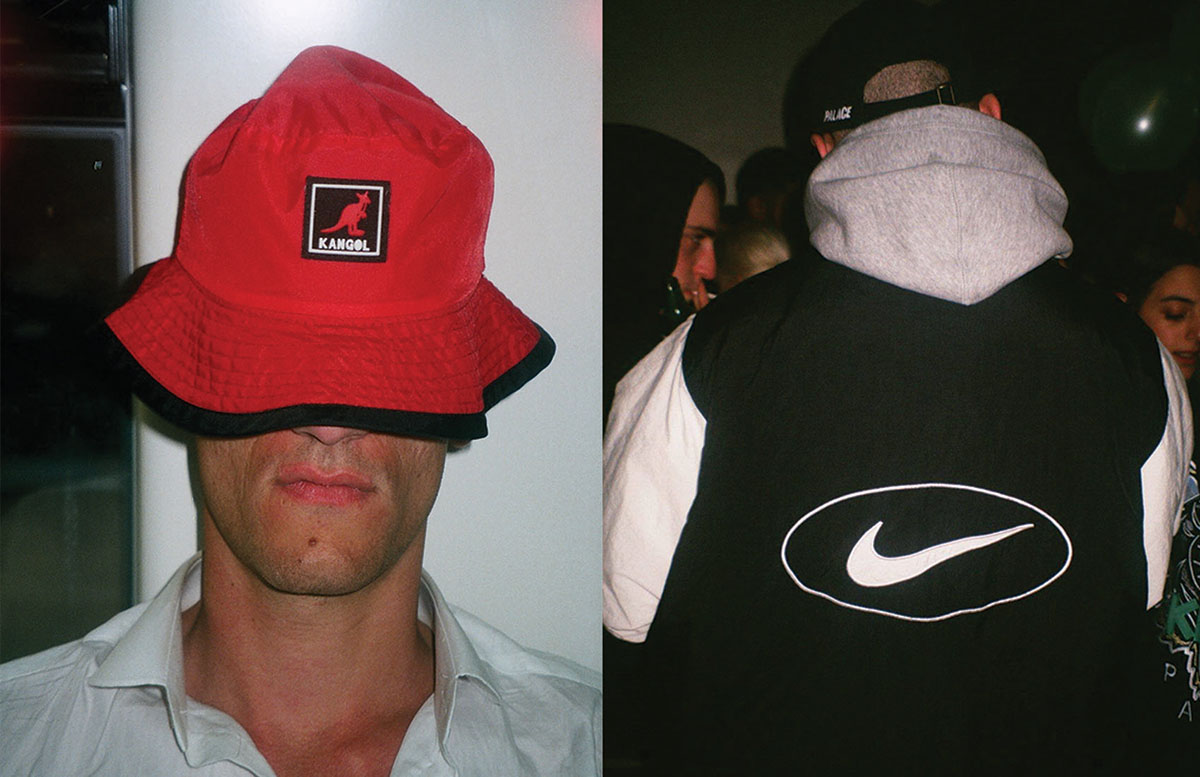 So Joseph, tell us a little a bit about the how Get.Got came about?

Well, the photo book came from me and my friends all carrying cameras and documenting what we found interesting on a day-to-day basis. I had been saying we should do something with these photos as we all had stacks that we were sitting on that were going unused. It started off as a zine and as more and more people got involved I decided to take it to a hardback book. I always wanted to create something physical from it. I think in the current digital age it’s even more valuable to have a physical product. I wanted all the photographers involved to have a copy they could hold on to forever and even look back through in ten years time. It wouldn’t be possible without those guys too so shout out to: Ashley Robinson Dodd, Jake Ranford, Nicholas Borgehsi, Cameron Wilson, Luke Saunders, Joe Shaw, Joshua Price, Jack Aldridge, Nat Turner and Maxwell Granger.

What inspired you to start documenting everything around you?

It really started to appeal to me when I moved to London, you really do see the craziest stuff on a daily basis and some of my friends were already shooting, it seemed fun and I wanted to try it. After a few weeks, I just started carrying my camera with me everywhere and I haven’t stopped since.

You’re into skateboarding, would you say that photographing daily street life is a natural byproduct of your interest in skating culture?

I’d say there’s a connection there, it just took me a while to realise it. I’ve grown up videoing and taking photos of myself and my friends skateboarding since I was about eleven. We’d always be filming ourselves skating and just documenting what we found fun and interesting, now I see this photography as just an extension of that. And I still find it as fun as I did growing up.

Why do you prefer to use film over digital?

There’s just something more special in the entire process of shooting film, there’s excitement when you get your rolls developed. I’m a vinyl collector as well and I think it’s the same mentality, there’s just something about the entire process that I find much more satisfying and fun. I have a digital camera and it’s great for if I need something immediately but if it’s something I’m shooting for fun I’ll always opt for film. I’m only shooting on an Olympus MJU 3 150 and it’s been my most reliable camera for a while now and I picked it up in a job lot for £2.50 and whatever film I can get my hands on.

I think it’s important to not get bogged down thinking about equipment and I want to emphasise that anybody can begin shooting on whatever camera they have already, the biggest step is just going out and experimenting.

Your Instagram features scans of your 35mm work, interesting use of that particular social media platform considering its original function, would you say Instagram is essential to spread a photographers work in this day and age?

I’d definitely say it’s essential, there are designers and photographers and all sorts of creative people getting their work discovered through Instagram every day. It’s a crazy tool that scares me, but I think it’s very important for the upcoming creatives to display their vision. I’ve already had some great opportunities and met some great people just from posting some of my pictures every couple of weeks. 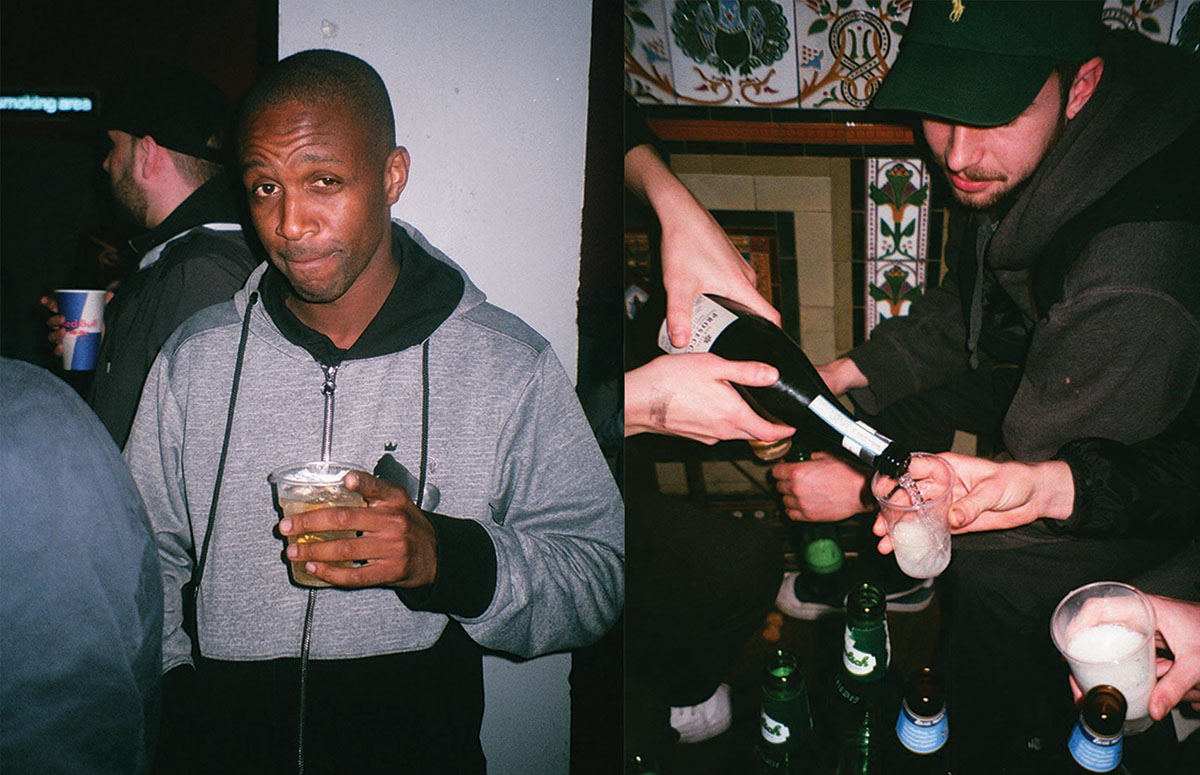 The photos in the book and your blog feature a mixture of your mates and musicians, would you say it’s different taking photos of either?

I try to shoot them the same, I love shooting a musician as if they were just one of your mates. Having a laid back approach to shooting can lead to really organic shots and I try to keep that as a consistent theme. In some situations, you have to just ask for the shot and they’ll pose but I really don’t want to control the subject or ask them to do anything. I feel like I just want to capture the atmosphere of that moment.

You mentioned earlier about having stacks of photographs lying about, is there a photo amongst them that you’re most proud of?

That would be the portrait I got of Chloe Sevingy, I met her at Dover Street Market and got her to sign my ‘Fucking Awesome’ skateboard that has her high school photo on. I remember taking my time on that one and being worried about it being out of focus and being super stoked when I got the film back.

Who would you most want to photograph in the world, living or dead?

I couldn’t even begin to think out of people who are dead, but I think I’d want to shoot somebody who’s alive. There’s so many powerful photos of the greats in their prime that will go down in the history books, I’d like to shoot somebody today that could potentially go on to be one of those great shots. I’d love the opportunity to shoot Young Thug or Lil B as they’re two of the most interesting figures in music today for me, especially if Young Thug styles himself for the shoot.

To grab your copy of Get.Got head over to http://getgot.bigcartel.com/