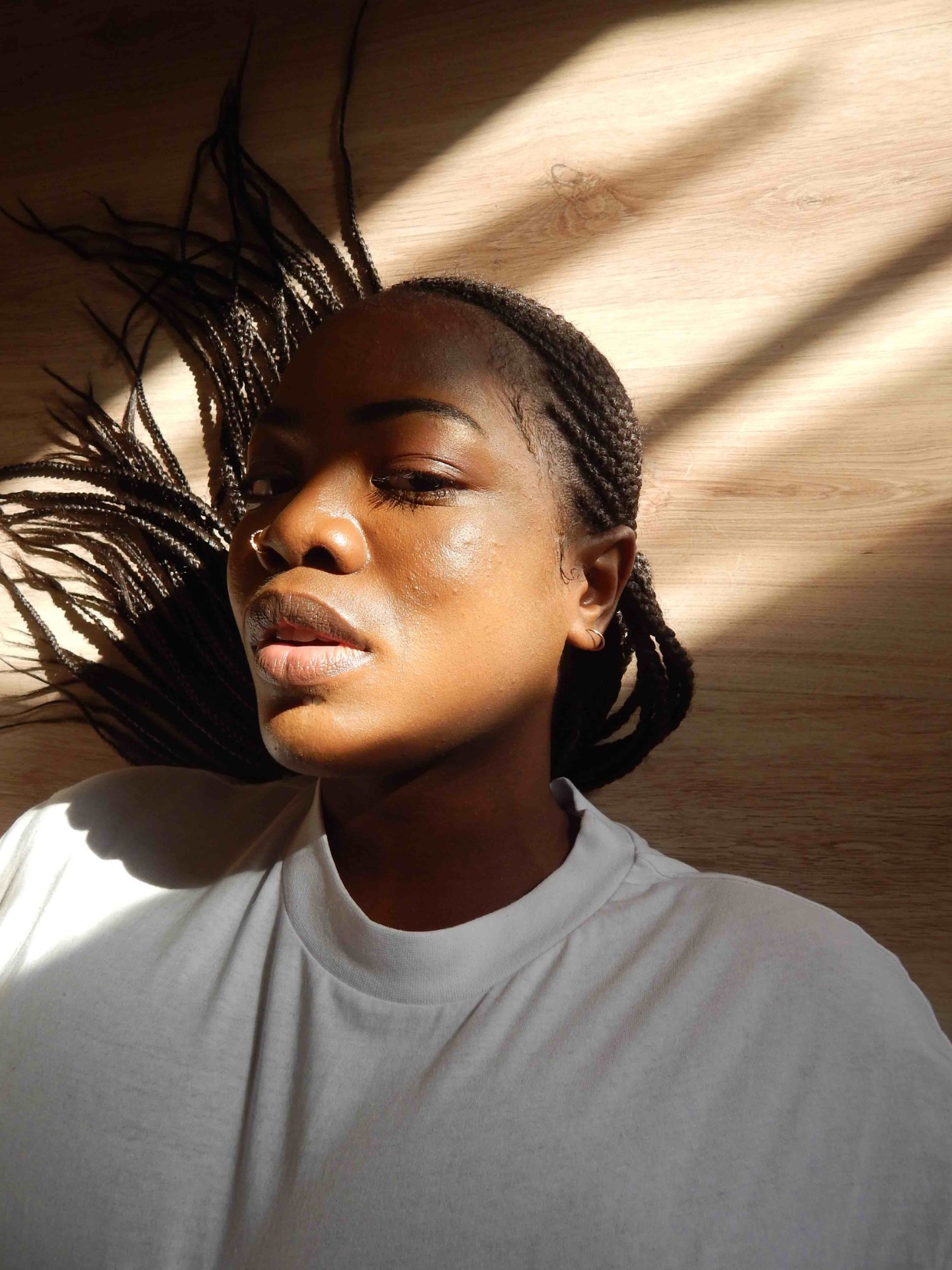 The singer/songwriter from Birmingham is not your usual indie/folk type. Amika fuses influences from hip-hop, pop and r’n’b to create her own electronic productions in an intriguing, fully formed package.

The Songwriters Portfolio Vol.2, released at the end of 2019, is a five track collaborative EP that demonstrates her talents as a lyricist and songwriter – we wanted to get to know this new artist a little better and who the other halves of her TWIN alias are.

Can you tell us about yourself? How long have you been making music?

I’ve been making music since I was 16, so five years properly. I played the trombone as a kid and always sang in local choirs and school shows. I been writing things down (but wouldn’t really call them songs, just words) for as long as I can remember.

Growing up, how did you discover music?

Back when MTV Base was full on, it was always on in my house as my older siblings use to watch it all the time – so they were kinda my first introductions to music.

How would you describe your songwriting process? Do you write lyrics first and then create music to fit or vice versa?

Most of the time the lyrics come to me first, or a title and then I figure out a melody around it. But recently I’ve been getting the melody ideas first which is different and a new way of working for me.

Tell us about OllyOllyOlly and your track with him…

His music and songwriting is just really engaging and upbeat he kinda mixes in that old school RnB with that Hip-House vibe. I wanted to work outside of my usual comfort zones and OllyOllyOlly is currently workshopping different ideas for his future projects so collaborating with Olly was perfect in doing that.

All the artists that I worked with are my friends first and foremost so sometimes working with them is more like, yo I’m going through this really shitty time and I wanna write a song can we bounce some ideas.

Tell us about Laizer…

Laizer’s music has these really strong chord progressions and her production is really unique, so originally I wanted to work with her for that reason. But then as the co-writing progressed and we both wanted to focus on things in the songwriting process that we felt we could improve or just wanted to challenge ourself. So she kinda took the lead with the lyrics and I took the lead with chords but then it ended up being an equally yoked collaboration that just flowed.

Your music is very smooth and relaxed but full of introspective lyrics, who would you identify as your influences as a lyricist?

I’m inspired by a lot of artist, but I think for lyrics Sampha and Solange. I like how Sampha leaves a lot of stuff up to interpolation and paints really vivid imagery and Solange because she kind of does the same, but somehow she says everything by keeping it simple.

In the same vein, who are your influences as an artist in general?

A lot artists inspire me, but the first one I remember vividly was Lauryn Hill and her Miseducation of Lauryn Hill album. I also love frank Ocean, Sevdaliza, FKA Twigs, King Krule and Billie Holiday to name a few.

Tell us about P.F…

I was really inspired by P.F’s use of rhyme, rhythm and just the general vibe of his songs so I wanted to combine those elements from my work and his and just create something. When we started working on it I don’t think we were even sure what we were creating, we just knew that there was a certain atmosphere around the track and somehow by taking the uncertainty and aimlessness with that comforting feeling of nostalgia we ended up creating Seaside Daydream.

If you could collaborate with another artist who would you pick and why?

If I had to pick right now all the people I mentioned and Little Simz, I just think her work is amazing it’s not just one thing and she’s a great storyteller.  I would quite like to write for SZA, she’s a great artist and her songs are emotional, fun and shady. I would also like to write for Lana Del Rey she was also one my first influences for songwriting and as an artist in general.

How do you feel about being an artist from Birmingham? And what do you think about the music scene here?

I think its quite special to be an artist form Birmingham, I just feel like wherever you go, when you say you’re an artist from Brum you feel like your from a community and people are always interested to know more. I feel like the music scene in Birmingham is blossoming and on the cusp of exploding. There have been great musicians from Brum and I feel like my generation are taking advantage of having access to certain things that musicians before us didn’t and are quite determined to build an identity and community around the Brum music scene.

Finally, What are your plans for the future? Are you playing any shows?

The Songwriters Portfolio Vol.2 by TWIN / AMIKA is out now on Soundcloud: https://soundcloud.com/amika-3/sets