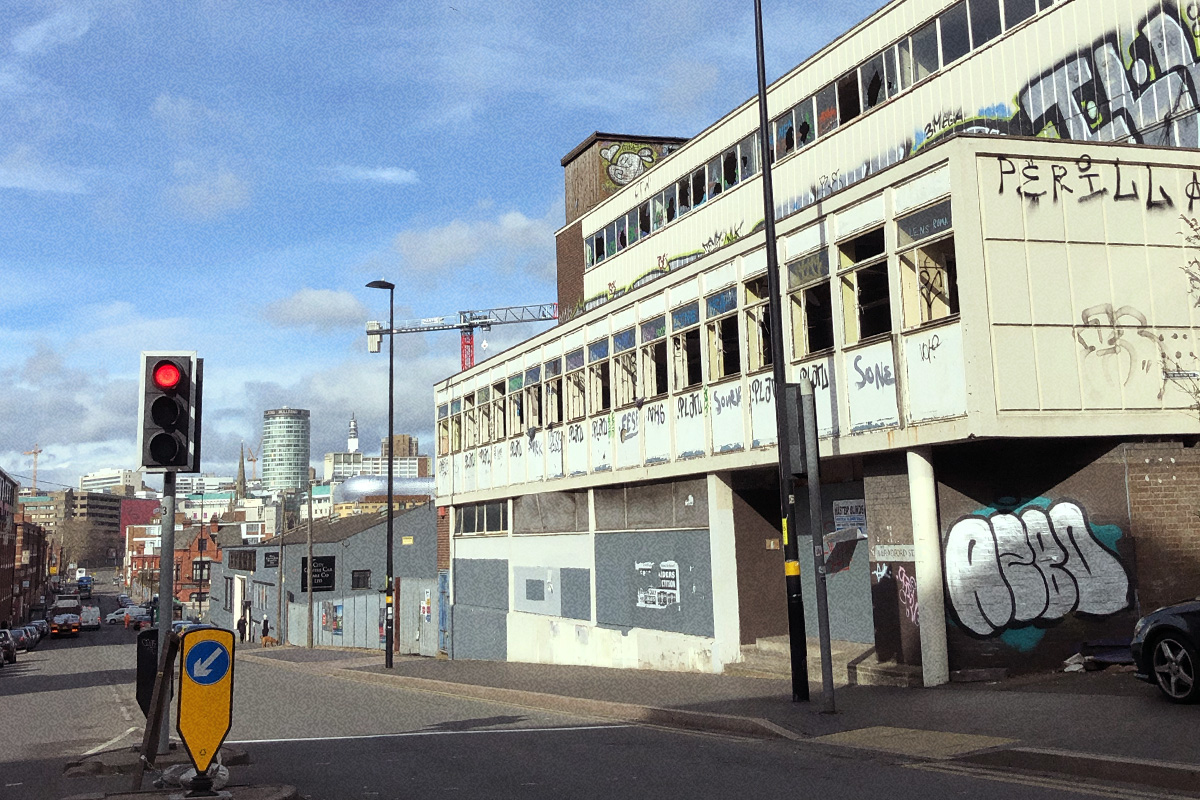 Neighbourhood Improvements – For The Many Or The Few?

As of 2019, over 70% of Birmingham’s population is under 35, with 40% of that under 25. (JLL Research) For us, it’s easy to understand why young people are flocking to Birmingham – it’s cheap, fun and we have relative freedom.

Considering Brum’s reputation, amazingly, The Times named Digbeth as one of “the coolest addresses in Britain” in 2018. But we know Digbeth is much more than a trendy postcode; it’s the people, history and derelict scenery, the conversations that are had in rave spots, independent shops and creative spaces. But it only takes one article to pronounce something “cool” for it to catch on.

So when the tagline of the article satirically read; “get in before they lose their edge”, it’s saddening that a mere two years after the masses recognise what we’ve got going on, Digbeth’s very soul is at risk after catching the attention of big money, property developers.

All across Birmingham, you’ll find it hard to ignore the luxury apartments flying up in order to house the extra bodies, with the term “urban living” seeming more prevalent than ever.

Stone Yard is the latest development from company Court Collaborations that’s causing controversy. The proposed 30-storey tower will be home to 928 luxury apartments, none of which will be classed as affordable and only 70 car parking spaces have been promised – an immediate red light for the already overspilling streets of Digbeth.

It seems decisions that effect the future of our neighbourhood have been taken from the community and put into the hands of those where money equals power. The Stone Yard development is a collaboration with Tory backer, Tony Gallagher, who not only donated a cool, half a million towards the current PM’s campaign, but also personally hosted David Cameron’s 50th birthday bash.

Perhaps more surprisingly, it was revealed that the Labour MP, Jess Phillips, has also received donations totalling £6,000 from a company called Court Consultants – a quick Google search will show you that their developments are run through another company, Court Collaborations. Property developer, Anthony McCourt, CEO of Court Consultants, has been a long time backer of Jess Phillips and has donated towards her campaigns before.

“Why is this a problem?” you may ask, let us explain.

The way that local authorities have been known to create affordable housing is by offering outside property developers planning permission, in return for incorporating affordable housing into their new builds. However, it’s been proven in the past that this isn’t a very effective, or reliable way to go about it.

In meetings with Leeds Council, Court Collaboration refused the council’s target of having 7 percent of the flats at affordable rents and wouldn’t even agree to a compromise of 5 percent. This ended with the council agreeing to just 15 of the new homes – or 4.23 percent – being affordable.

Are we shocked the £220 million, Tory endorsed, Stone Yard scheme includes no affordable housing at all? No. But what’s our Midland Maiden doing with her wealthy backer? Vice News enquired;

“We are not commenting on individual donations. Jess’ campaign is aiming to raise a large portion of our funds from small individual donations from the public and we are very grateful to everyone who has donated so far through our crowdfunder. Of course no donation gives an individual any say or influence over policy positions or the direction of the campaign.” – Jess Phillips Campaign Spokesperson

As a Labour MP who positions herself strongly with the many, we have to hope her spokesperson is speaking with conviction when they said; “Jess’ campaign is based on speaking truth and being honest about what needs to happen in our party and our country. She will continue to do this without fear or favour.”

In response to the Stone Yard plans, #DigbethDeservesBetter has been shared across social media to encourage people to sign a petition which directly opposes any construction of the building and with it, hopes to save the integrity of Digbeth for the many small, independent ventures and hard-working creatives.

But how many neighbourhood improvements should be made? Perhaps one of the early signs of change was the arrival of Dead Wax, followed in quick succession by the gaming arcade phenomenon of Drop Shot, Roxy’s Ballroom, NQ64 (to name a few) – all in the vicinity of the infamous Lower Trinity Street independents.

Unlike some of Digbeth’s more recent additions, Dead Wax is dressed up as an independent venue, their industrial, bohemian interior features old TV sets, fairy lights and vintage style furnishings, giving the feeling of a quirky and eclectic local boozer. The venue has arguably already done a lot for the Birmingham music scene, with a plethora of different musicians playing shows and hundreds of Brummies frequenting their weekend parties.

The conversion of Wagon and Horses to Dead Wax left people of the area feeling particularly torn; does this change enhance our nightlife, or is it the start of commercialisation erasing our history?

Whilst the opening of Dead Wax may not be directly comparable to the plans for Stone Yard, for the reason that Dead Wax fits with the philosophy and style of the independent venues, pubs and eateries that make up Digbeth. Stone Yard, on the other hand, is a huge, commercial block of flats that doesn’t appear to add anything to the culture of, or make space for, the people of Birmingham.

There are many proposed plans to ‘improve’ Digbeth and the area that surrounds it — it is important that we make this an ongoing conversation between the people, the council and the property developers, so we don’t see drastic, gentrified changes to our creative quarter, instead of some homely DIY.

If you want to learn more or sign the petition to stop the Stone Yard development CLICK HERE.