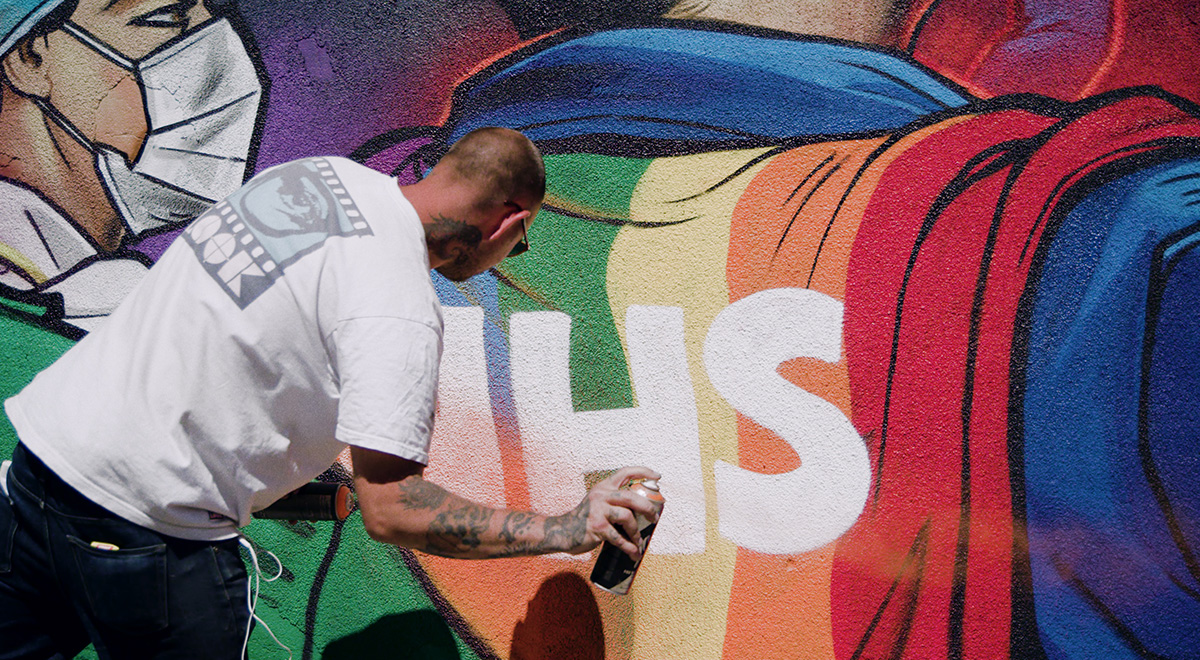 Peak levels of uncertainty, misinformation and post-truth nightmares have been flooding our senses this year.

But let us take you away from the heaviness of the world and reflect – in times of crisis there is often hope and unity on display. Art4charity are one organisation harnessing the power of charitable giving at this unparalleled time.

Set up during the pandemic by Paul Cadman, Professor of Entrepreneurship at Birmingham City University, and Nathanial Hanna, co-founder of Melting Pot Birmingham, their mission is to work creatively in the community to drive Birmingham forward and provide charitable aid where it’s needed.

Their first project, Forward in Unity is with world renowned and Birmingham bred graffiti artist Gent 48, who has created a mural of the City’s NHS and front-line workers fighting back against the evil grasp of a planet sized, behemoth virus.

The virus looms over the city and has taken hold of the social lives and economic well-being of the residents of Birmingham. Joining the fight are NHS workers, Paramedics, Police and Firefighters. The iconic Bullring Bull also makes an appearance, charging towards the Goliath in the sky.

You can go and see the masterpiece by Gent 48 on Meriden Street in Digbeth, or take home a piece of history with limited edition print of the mural signed by the artist and notable people of Brum. Donations can also be made via JustGiving, with proceeds going to the Lord Mayor of Birmingham’s Charity.

The creation of the mural was documented by BABMAG and other local creatives to encapsulate the vibe of the city while in lockdown. Joining Gent48 in the moving image piece is BAB favourite, Lady Sanity who nails the charity’s message with a powerful piece of spoken word poetry.

Art has always been a tool to mark history, to tell us stories about social issues with clarity that people can universally view and understand, and when that visual landscape transcends the stuffy walls of a gallery and meets us on the streets, the message is even stronger. 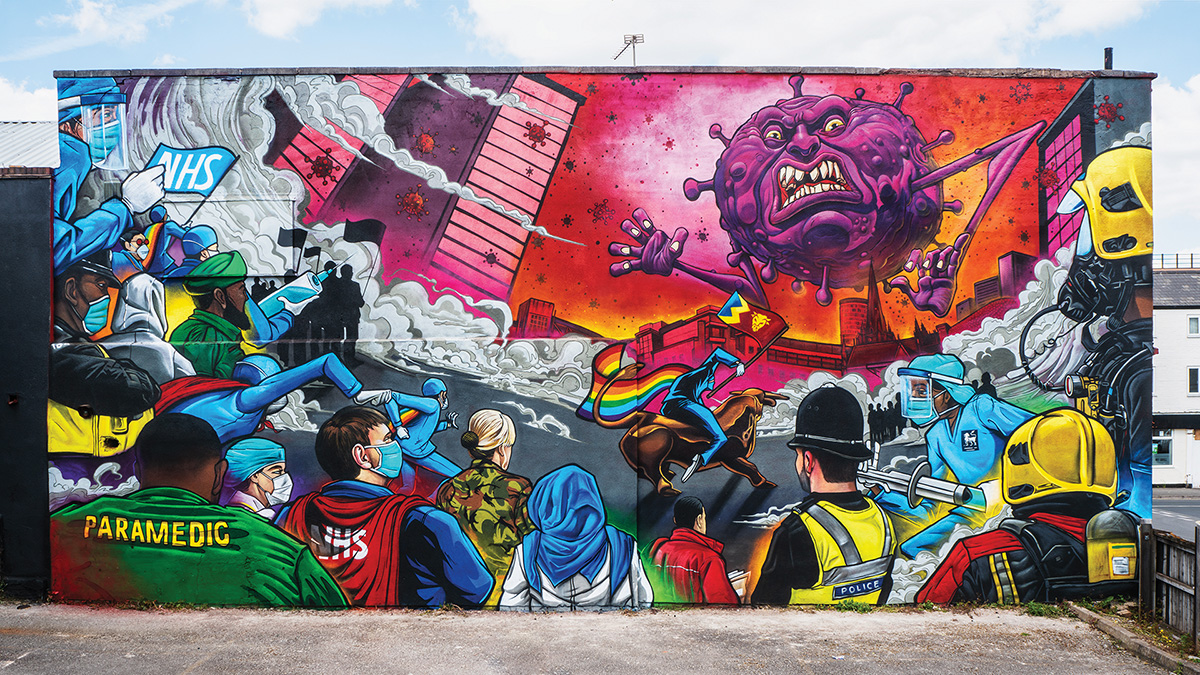 By moving Forward in Unity, let’s not forget those who have made huge sacrifices to keep us safe and keep the country going; from NHS workers, refuse collection, volunteers and shop assistants, coming together from all communities but particularly those from communities of colour who have been disproportionately effected.

The pandemic has highlighted that power lies not solely with politicians and policy makers but also with those on ground level, grafting through it all.

You don’t need a mural to prove our city and its people are the greatest, but in case you did, you won’t find one that better represents the resilience, strength and pure grit of Mighty Brum.