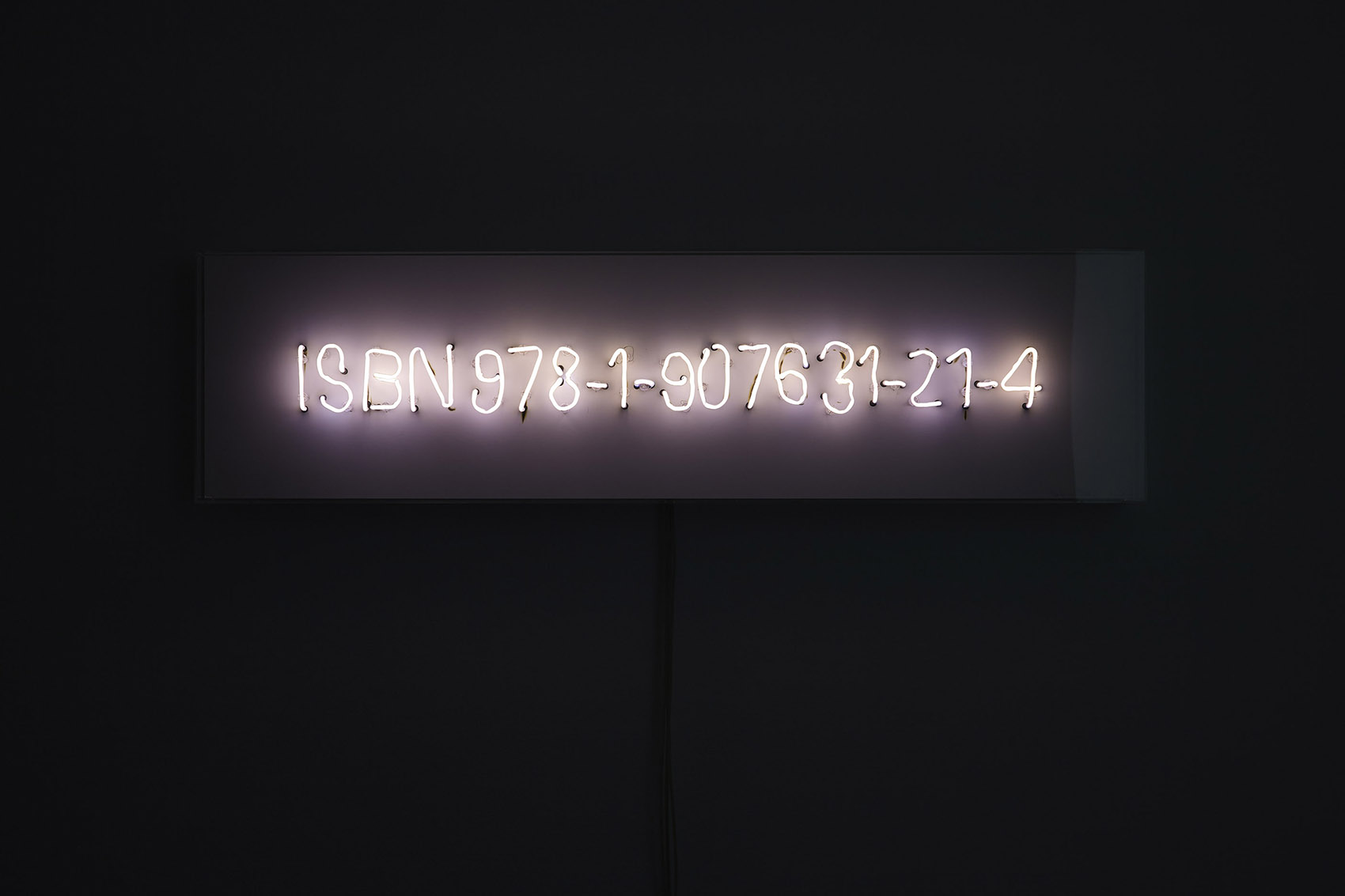 Fiona Banner: Scroll Down and Keep on Scrolling

I visited Ikon pre-Christmas after not being to the gallery in a few years. The building itself is always impressive. Housed in a former school, its gothic exterior is nestled amongst modern restaurants and bars; it’s one of the few buildings in Birmingham that nods to a pre-WW2 city.

It’s almost impossible not to visit the café and the gift shop (great independent gifts, prints and books). One of the best things about Ikon is that it is completely free, there’s no hierarchy of ticket payments, and it’s comfortable enough to amble around undisturbed too.

Scroll Down and Keep on Scrolling is a comprehensive show that spans Banner’s work over 25 years. I love a retrospective look at an artist’s career, it’s less stagnant than a single theme and you can see their progression over time. Located on the upper floor within an ecclesiastical white space, you enter the exhibition to a poster collage entitled The Man next to an over-sized coffee table book; Not so Much a Coffee Table Book as a Coffee Table, which is a blown up version of the epic publication The Nam, containing whole scripts of Vietnam films transcribed. The lighting in the room inverts the colours, creating a sensory experience like you’ve accidentally dropped acid and it’s 1979.

Banner explores the physical space of the gallery in Work; the glass scaffolding sits precariously in the middle of the gallery floor; much like a chocolate teapot its functionality is removed and so doesn’t work at all. She similarly inverts reality in Breathing Bag, creating an uncanny effect on the viewer. The Banner aesthetic was not only visible in the gallery, it was ingrained in all typography on the gallery’s website and marketing used for the exhibition, supporting the visual ‘wordscapes’ Banner uses throughout the exhibition. You can download the associated, artist designed font here:

Banner’s credentials, starting out as one of the Young British Artists, are strongly evident in this collection. The most powerful themes link to violence, sex, language and feminism. The collection creates nostalgia for art created for sensationalism, to shock and communicate a unique message. We are all a little bit numb to it now, but taking my ‘selfie’ next to a gargantuan, neon bastard sign still had its thrill.