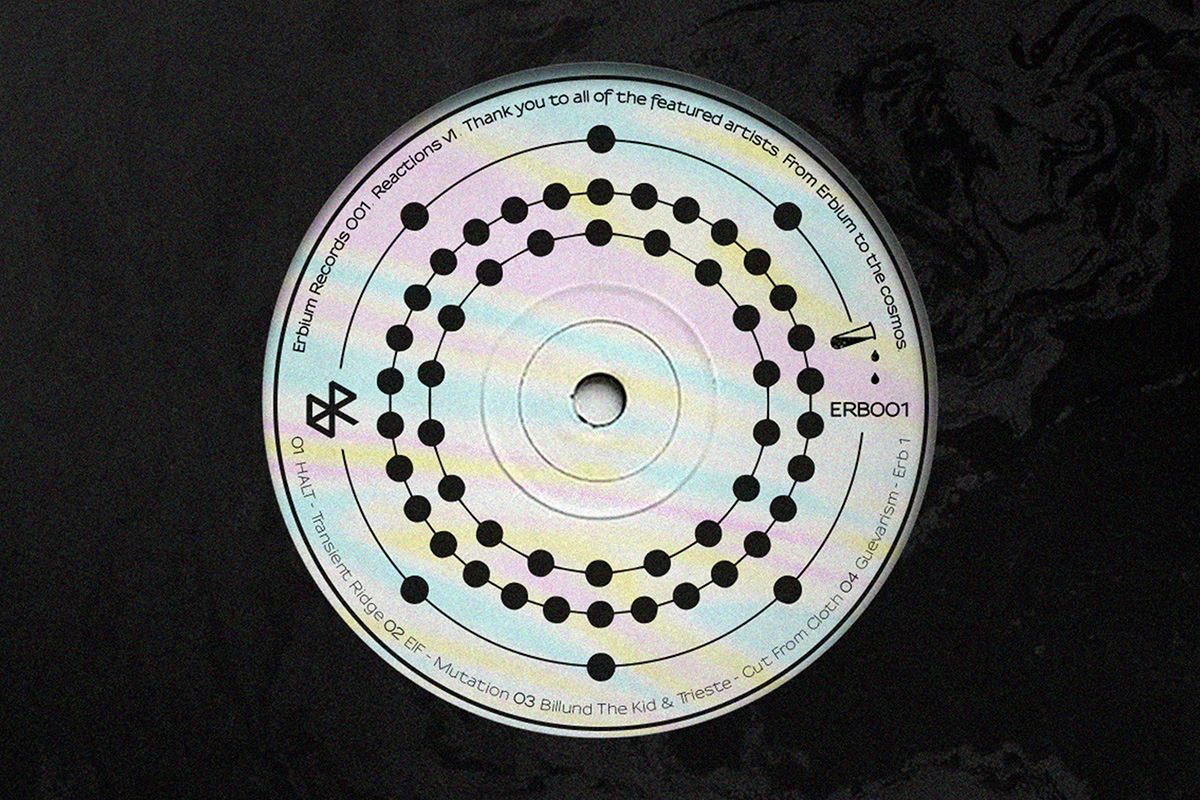 “Erbium is silvery-white, metallic and malleable. A delicate substance tarnished by air, eroded by water, dissolved by acid. But in this atomic imperfection new states emerge – sound remoulded and reimagined for curious ears. From raw, dance-floor focussed energies to deep soundscapes of the void.”

Their focus is to balanced the visual aesthetic and the creative process as much as the sounds it aims to explore.  They explain; “Each release will be accompanied by a unique visual expression, marrying design, sound and colour through a series of conceptual abstract designs.”

As well as focusing on the visual of their projects, Erbium records also have an interesting way of inspiring their artists to experiment and explore new sonic concepts; “Producers are given an interpretive creative brief rather than a particular label sound to abide by, and are encouraged to push boundaries with their sound.”

The first project Erbium Records: Reactions Vol. 1 is a four track EP featuring artists from Birmingham and Liverpool. The project starts with Transient Ridge by HALT, a Birmingham based duo who have created an ambient piece full of swirling textures and an underlying layer of noise which continues to build tension throughout the tracks run time.

EIF, another Birmingham based duo, pick up where HALT left off with a dizzying IDM track full of distorted drums, warped samples and glitch textures.

Next Billund The Kid and Trieste have included a glitch-based IDM track which focuses on plunder-phonics by chopping micro samples over a beat that develops gradually with increased levels of intricate details.

Finally Liverpool based Guevarism, ends the debut project with an ambient jungle track, focusing on shifting the traditional drum break into new places and melting the listener with its dizzying environment.

A superb collection of tracks which fully embody the creative aims of a new label, this is a very promising start for the new platform based in Birmingham and we are looking forward to the next release ERB002 dropping 31st July.

Not only is this an exciting prospect for local artists, the creation of this label during these difficult times provides a sense of hope and inspiration and Erbium embody this message of community. “We are not just a music platform but an open, creative and collaborative community too, based in London/Birmingham.”