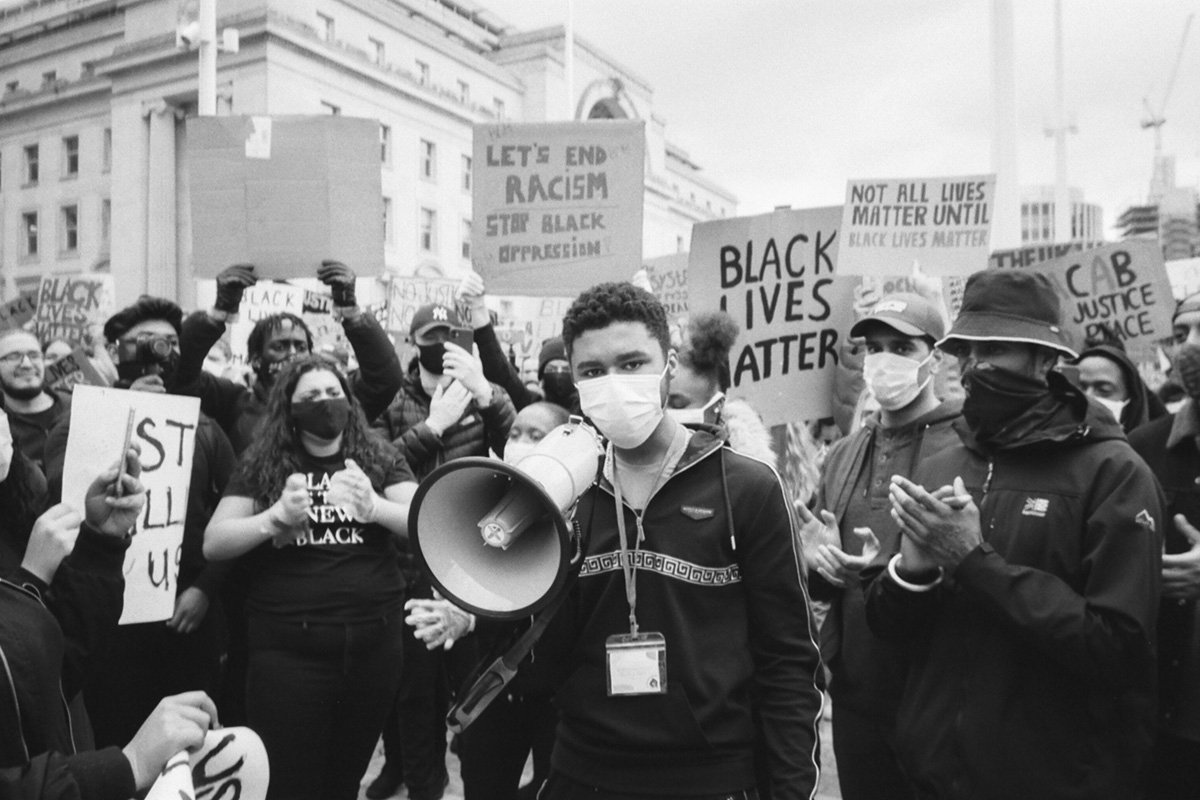 The senseless murder of George Floyd has sparked transnational Black Lives Matter demonstrations, and with it the movement has brought wider issues of systematic racism to the forefront of British society.

In the UK, it has dug up anger, frustration and disillusion felt by a younger generation of black people, bringing many to question the reason and structures behind their disadvantage, discrimination and oppression.

This, in the midst of a global pandemic, is driving young people of all backgrounds to reimagine the society we live in.

The rampant systemic racism is further exposed by the over-representation of black and ethnic minority people incarcerated in British prisons. The minority population make up 13% of the UK, yet they account for 27% percent of the prison population.

The socio-economic conditions of black and ethnic minority communities in the UK is a major factor in their disadvantage. According to government statistics, 91% of the most income deprived areas are populated by minorities, black people being the most likely to live there, with white people being the opposite, accounting for only 9% of the total.

Income deprivation is measured by seven domains and looks at income, employment rates, access to education, health, crime victimisation, barriers to social housing and living environment. It is important to consider this when asking the question why a higher percent of non-white people are incarcerated and in low-paid jobs.

So, if we acknowledge that racism is a systematic issue, defeating racism most effectively demands fundamental systematic change.

Discussions between protestors in the US and the UK have concluded that we need to seek steps towards defunding and dismantling police and prison institutions, while redistributing power and public wealth towards an array of alternatives such as newly reformed education, health and justice systems.

These demands are an effort to improve the socio-economic conditions of black, ethnic minority and poor people and end the unjust criminalisation of them.

Hence I have no mercy or compassion in me for a society that will crush people, and then penalise them for not being able to stand up under the weight. – Malcom X

The Supporting People programme, which launched in the UK in 2003, funded services for vulnerable adults with the aim of allowing them to achieve independence. It demonstrated that an investment of 1.6 billion pounds per annum could bring net benefits of 3.4 billion to the Exchequer.

Although the programme turned out to exclude trade union bargaining in favour of the private sector, it proves that funding health and support services is effective economically, opposing the argument often put forward by government that we cannot afford to invest in people.

As we have seen, minor reforms such as police wearing bodycams, the inclusion of diversity training and even the creation of the IPCC have failed to effectively tackle the issue. It cannot be fixed with a symbolic gesture or a single Act, it requires fundamental change.

As Angela Davis argues, rather than trying to imagine one single alternative to the existing systems of incarceration, we might envision an array of alternatives that will require transformation of many aspects of our society.

In Minnesota, where the protests began, we can already see this happening as they are having the discussion about defunding the police. San Francisco have announced that their police will no longer respond to non-criminal calls, instead they’ve unveiled a programme for unarmed, trained individuals, such as mental health crisis teams.

Defunding the police is not about simply taking money away, it’s most importantly about reinvesting it into services that focus on valuing and supporting people, instead of punishing and criminalising them. This is not radical and it’s happening now.

The Conservatives will want to direct the conversation surrounding the protests to talking about law and order, rather than implementing fundamental systematic change. They will often avoid conversations about how socio-economic factors play huge roles in the outcomes of people’s lives as it conflicts with their individualist ideology. Not to mention their long history of hostility to improving living conditions and opportunities for the working class.

The BLM movement has swept up many people in the UK. We cannot allow this stand against racism to be co-opted and weakened by groups who will attempt to soften the demands for real change.

We must keep the momentum going.

There is a Peacful Protest for Black Lives Matter happening this Friday 19th June, 2-4pm at Victoria Square.