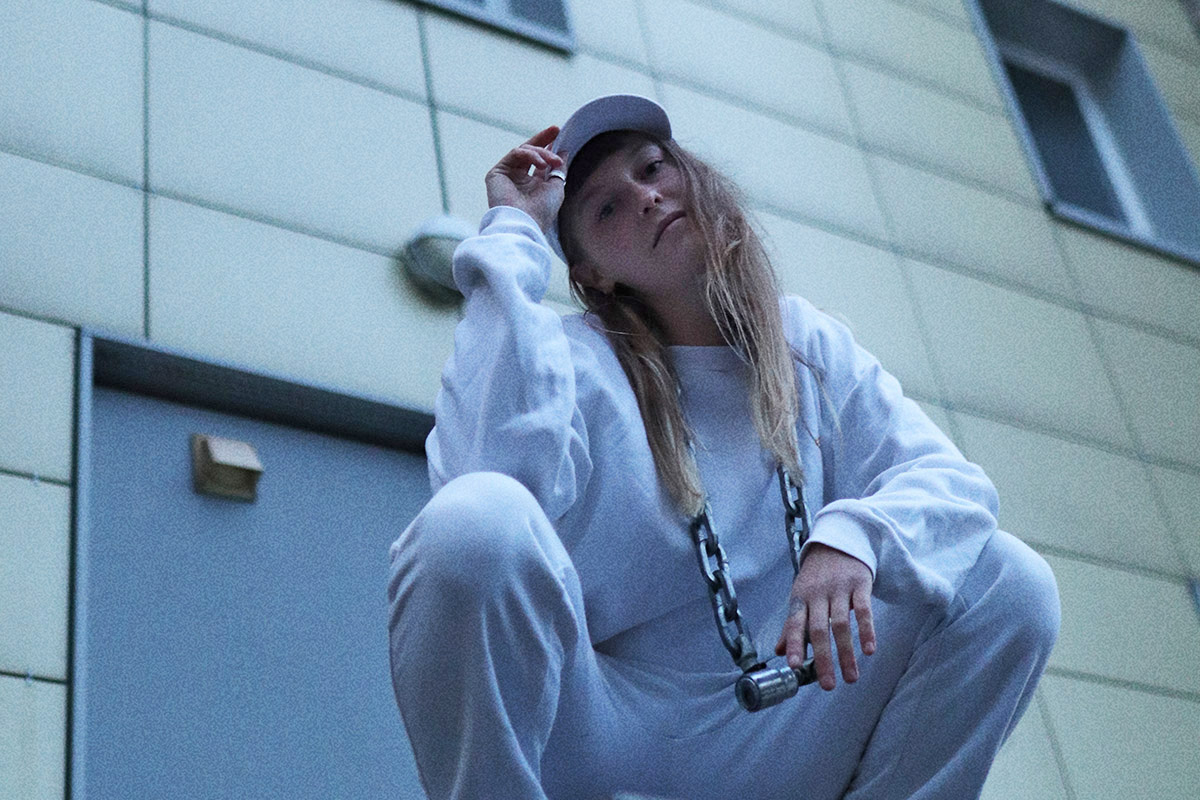 Clouds is a creative mix of experimental, electronic beats layered with alternative pop-rap vocals, creating a spacey, other worldly experience.

The EP is an expression of Empress Linoleum’s journey to self-love. As a teenager she suffered with Anorexia Nervosa, but can now say she’s extremely happy and proud of the progress she’s made.

Born Lily in Banbury in 1997, Empress Linoleum always sang and wrote lyrics in her room when she was at primary school. Having moved around a lot as a child, gone to London for University and lived in Berlin for two years, Empress Linoleum is currently back in Banbury and on the lookout for a place in Brum to call home!

Released today, Clouds EP is available on all streaming platforms and has already received radio play on BBC Introducing. The title track is especially special for Lily because it’s about healing her inner child. She said, “it’s a sad one, but it’s about acknowledging your behaviour and working on being better.” Cry Baby, another track on the EP, was inspired by her Dad and how he would lovingly say “oh you’re such a cry baby” when she got upset.

“It’s important to let go of the things that don’t serve you and focus on being the best person you can be.”

Empress Linoleum told BABMAG that her music is heavily influenced by 90’s hip-hop, in particular, Lauren Hill’s spiritual lyrics and the classic, You Got Me by Roots ft. Erykah Badu.

“FKA Twigs, Sevdaliza and Grimes were all massively influential when making Clouds. I take a lot of inspiration from Black music, I’m so grateful for its global impact because otherwise the music scene would be totally different.”

Lily wants her music to lift people up and make them feel like they can do whatever they want – “we all deserve to have courage and I go there by looking up to people who don’t care, people who are themselves”.

Confessing that “I’m not a big planner, I’m more spontaneous, so the next time I’ll be releasing music is when it moves me. Ideally, I’d like to have something out once a month because it’s important to be consistent.”

You can keep up to date with Lily’s journey and new releases by following her on Instagram and streaming platforms @empresslinoleum.png

Alongside the EP, Lily has created a zine which is raising money for Beat Eating Disorders Charity, which can be purchased through the BABMAG shop.