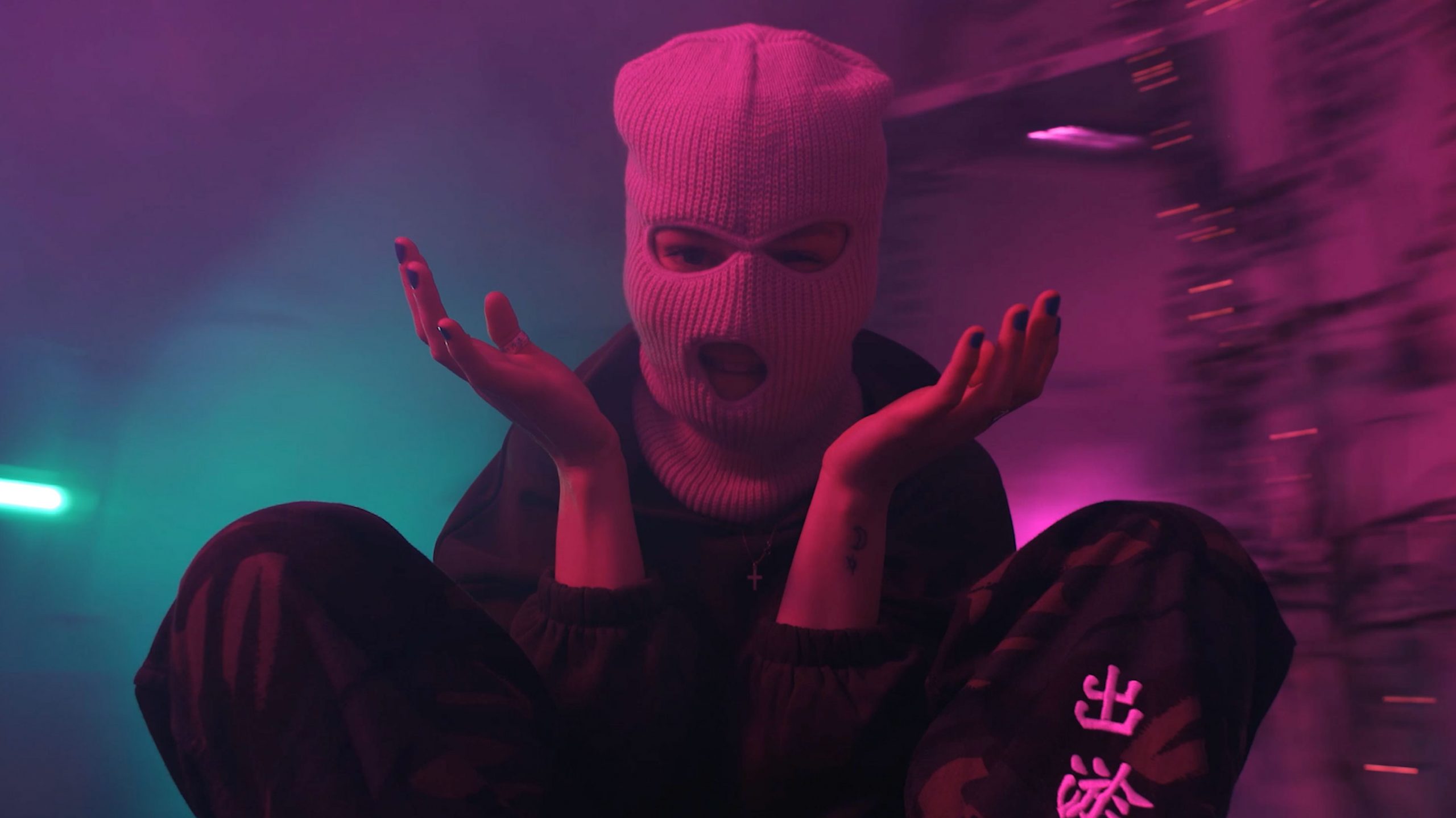 Today, she has released a long awaited music video which follows her 2021 EP release, CLOUDS. God Complex is the first of many reflective tracks on her EP that are full of creative production and quirky vibes.

With Empress Linoleum being as far out (and nice) as she is, it’s unsurprising that the music video – shoot by Minor Formula Media – is beautifully weird and thought provoking.

As the video starts and the title ‘God Complex’ wobbles off the screen, we see Empress Linoleum  silhouetted and standing alone in a white studio, but backed up by heavy beats. Pink hues from a heat lamp are just above her head and it feels like we might be about to enter a rave.

Then bam, the pink lights are turned up and Empress sings staring straight into the camera lens, repping chunky gold hoops and baby blue nails.

The shot switches and kaleidoscope effects twist the pink palette into purple and then blue. There’s something existential about the way Empress Linoleum’s face is refracted through the kaleidoscope and then brought back together, almost like she’s pulling herself apart to find out what lies beneath the surface.

As the production gets more complex, the main set builds with simple effective props, there’s a few people in hoodies dotted about. This is clearly the room where we come to unwind when the party gets too intense.

There’s a heavy breakdown and the camera angle changes. It’s like we’re spinning in a chaotic free fall with Empress Linoleum mimicking that moment when you realise you’re a bit too faded.

There’s a sense of stillness despite her endless spinning, as if all of Empress’s furious reflection has brought about a kind of clarity and self-awareness.

We are alone and we are unique, but we are also part of community and part of a collective of people.

The track slows ever so slightly and you can tell that it’s about to be over. Which is a shame because we could’ve partied through Empress Linoleum’s psyche for a little bit longer!

Her God Complex video ends the same way it begins, with Empress Linoleum silhouetted against soft pink hues alone in a studio. There’s something about its cyclical nature which is reminiscent of birth and death, one of the quickest antidotes for burgeoning god complex.

We might be overthinking it but given Empress Linoleum’s reflectiveness and depth, a music video which emphasises the humbling reality of non-existence is hardly beyond the realm of possibilities.

Check out the offering below and follow Empress Linoleum to watch the creativity flourish.