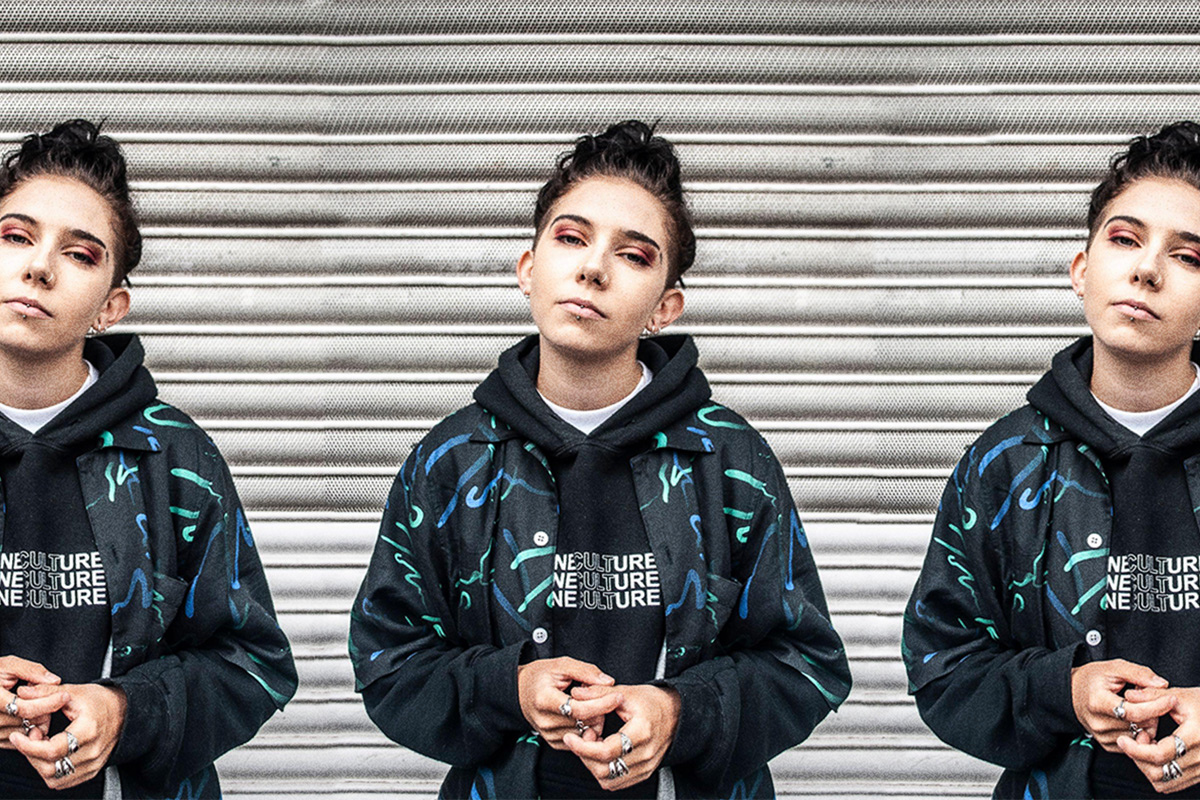 Graywave is the solo music venture of multidisciplined artist Jess Webberley. In her new single, With Me, that’s released today, she steps away from dreamy shoegaze and strides into ambient territory.

Taking influence from the likes of Men I Trust, Slowdive, Crumb, and Japanese Breakfast, Graywave creates an other-worldly atmosphere that gives you the feeling of floating elsewhere. Something we’re all yearning for right now.

Dominated by overloaded guitars and moaning vocals, the only coherent lyrics in the song are “always searching, always yearning”, Jess comments: “These words allude to the feeling of always wanting to surpass any successes I may achieve, coupled with a constant longing to be elsewhere.”

The artwork depicts the bedroom in which the single was written with the addition of a portal leading elsewhere, hinting to the mood of the song. She shares the thought behind her creation:

“With Me was written and brought to life with the ambition to create something meaningful and creative during lockdown. The song was written and recorded by myself in my bedroom and sent off to Sam Bloor for mixing and mastering. The artwork is reflective of the writing experience and creating it was a way for me to visualise the sound of the track.”

One year into the project, Graywave has played a number of shows in the West Midlands alongside Slow Crush, Petal and VENUS, as well as making it down to Bristol. Using a full band for her live performances, Graywave translates the dreamy sounding record into an impactful, dream-pop set.

Graywave has had a promising first year and now Jess is stepping up the game with the release of new music that aims to be a positive evolution from her previous releases. The addition of synth and more bass sets a dreamier scene, with the combination of echoing chords, shoegaze inspired guitar leads and powerful vocals creates a distinctive, recognisable sound that is a real evolution.

Stream the single on Spotify from the 18th June.

To support Graywave head over to her online store and have a look at her merchandise!

Keep up to date with all her going ons HERE.