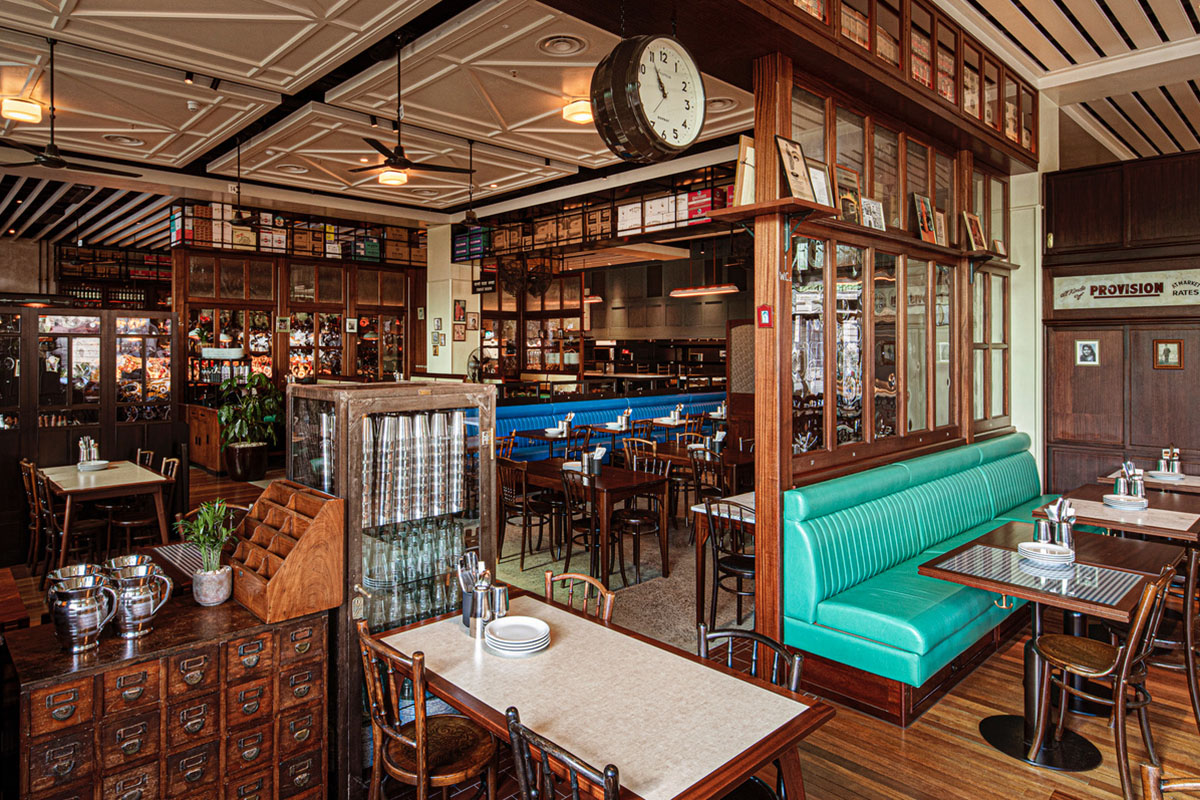 Dishoom brings a taste of Bombay to Birmingham

Despite its relatively new status among Birmingham’s restaurant, Dishoom’s reputation for innovation proceeds itself.

After already gaining swift popularity in London, alongside their infamous cookbook, breaking into the Birmingham food scene is a tall order, particularly in the aftermath of COVID-19. There is also the added pressure of Birmingham’s reputation for exceptional Indian cooking – the Balti Triangle existing as the epicentre of pride and joy.

In spite of these challenges, it appears that Dishoom has risen like a phoenix from the ashes, swiftly adapting to the hospitality nightmare of masks and social distancing. The staff are precise, and well-versed in making visitors feel secure, creating an atmosphere of rare normality and comfort.

Basing their venues on the Irani cafes of Bombay in the 1960s, Dishoom creates an atmosphere of togetherness and cultural exchange – in keeping with Birmingham as a place of cultural diversity. It has skipped over the traditional format and has invited us to a new view of India, a slice of romanticised Bombay dining.

Incense burns in each corner of the restaurant. Dark wood interiors surround you, alongside the bright colours of vintage Bollywood style adverts. The jovial buzz coming from staff and customers alike provide enough noise for both private conversation and to carry yourself away into the excitement and anticipation of Dishoom.

Dishoom’s menu flips the typical Indian Curry House on its head. With orders such as the fabulously aromatic Jackfruit Biryani and crispy Okra fries, Dishoom’s menu is best when it is stretched to its experimental limits. The drinks menu, too, provides ample scope for experimentation with a mind-boggling array of gimlets, juleps and non-alcoholic wonders to boot. Importing the classic Indian Lassi, a flavourful milkshake-like drink, the tropical flavours of mango and cardamom provide all the necessary refreshment needed for lazy summer days.

This experimental take is most obvious in one of its desserts, the Kala Khatta Gola Ice. A dessert of fluffy ice flakes steeped in syrupy fruit juices, blueberries, lime, salt and surprisingly, chilli. The dish has mind-blowing potential – starting off sweet, with hints of sour and then an unexpected kick of chilli, giving your tastebuds a full tour of flavours. It is guaranteed to make you think differently about the post-dinner palate cleanser.

Despite its triumphs in experimentation, Dishoom can be found to lacklustre in its traditional dishes and signature staples. The so-called signature Black Dahl was disappointing and stodgy with a disappointing lack of flavour, considering its apparent 24 hour cooking time. There were other pitfalls too, the vegetable samosas lacked the imagination and innovation that the Dishoom ethos encourages.

With rising popularity and continued commitment to the classic Bombay dining experience, it appears Dishoom is here to stay, joining in as one of the first businesses to break into the new and improved Chamberlain Square.