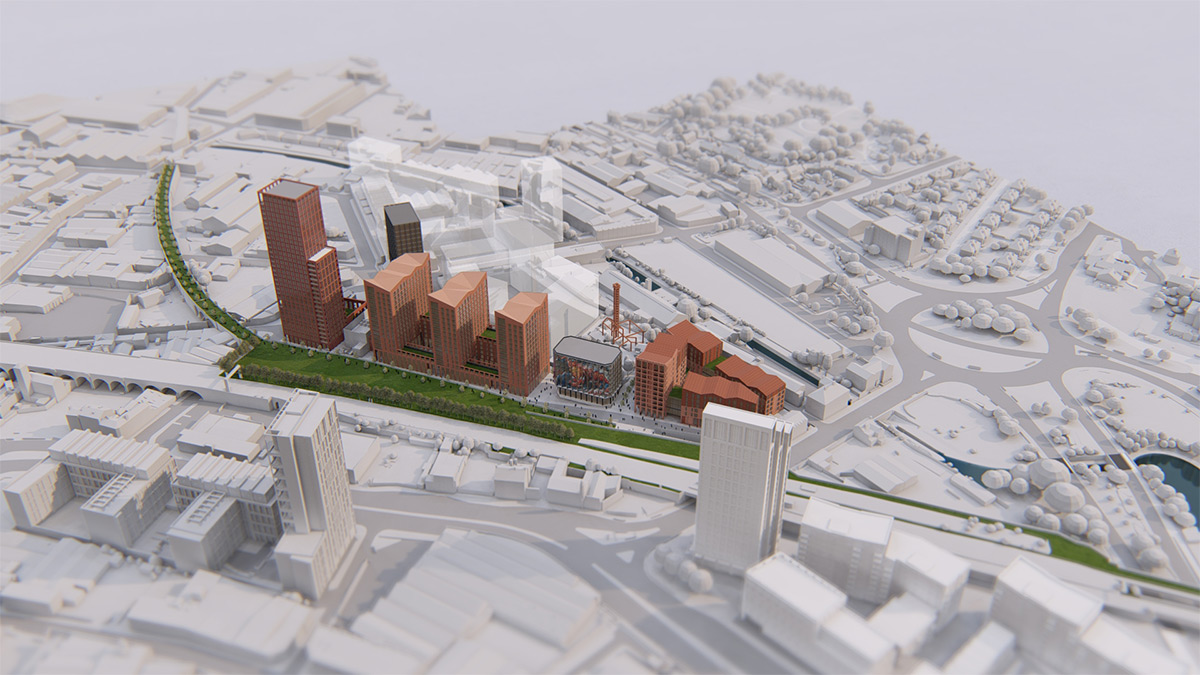 Digbeth Development: A Chat with the Culture Consultant

“Digbeth is a highly loved area but there’s no question it’s going to change.”

Before the controversial Digbeth tower has started construction the same company, Court Collaboration, have already submitted another application to build a 48 storey, flat block on the former site of the Irish Centre.

The proposed development site was bought by the Manchester based company last year and covers more than five acres, bordered by Upper Trinity Street and Adderley Street.

The £260-million proposal includes a 133-bedroom hotel that will overlook a sky park, as well as a new public park, almost 6,000sqm of mixed creative, retail, leisure and workspace, and over 900 new homes with a mix of private sale and build to rent apartments that will help to meet the local housing need.

Jez Collins, the cultural lead for the project, spoke to BABMAG to explain his role in the development and gave us some insight into what we can expect if the proposal is approved. He began;

“Cole Waterhouse contracted me to work with them during the planning process, but I’m not really there to talk about the height of the building or how the buildings are made, what I have done is talk about how culture, creativity and heritage might be incorporated into their site — I say okay, you’re building a 30-40 storey tower block, but what are you going to do on the ground floor level, what are you going to do for the community, what connection on the first three floors, so when you’re walking by, driving by and moving in and out of these buildings, what does that say about Birmingham? — How do you reflect Birmingham?” 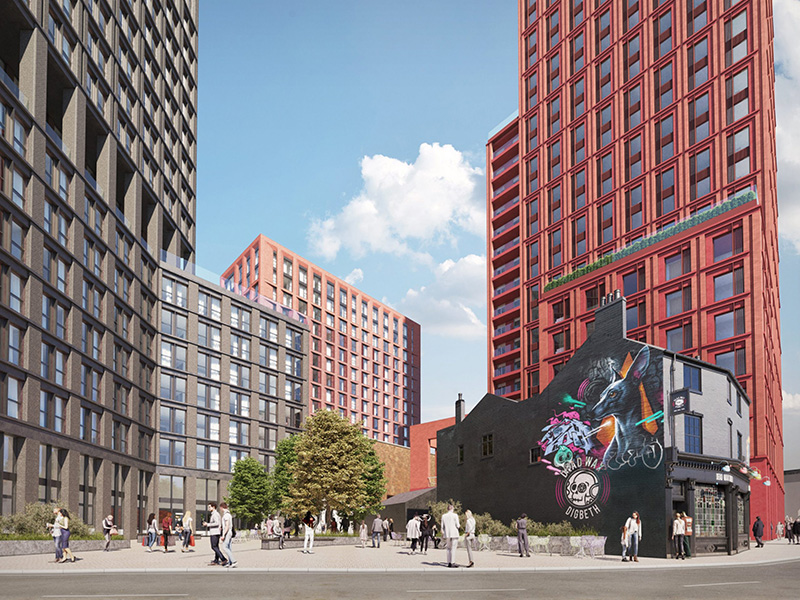 If you’re a Digbeth resident or a frequenter of Deadwax, this CGI image shows an unbelievably stark difference to the current look of the area. Some people see this as a much needed, and long awaited aesthetic change to the area, but others cling to that grungy, Digbeth vibe we’ve come to know and love.

One comment that’s often shared online is the worry of noises complaints from new residents, which may force the pre-existing venues to close. Jez Collins remedied this for us, “So around Deadwax, noise complaints are a very delicate discussion to have, but the developers have met the owners of Deadwax and they’re working with them to see how they can mitigate noise. Rather than being a developer that just comes in, they want to see how they can work together to ensure we have a good relationship.”

The garages and warehouses that currently occupy the land surrounding Deadwax have noticeably been wiped out of this CGI image leaving us to wonder where those Birmingham businesses will go. Though this isn’t a conversation Jez Collins has been a part of, he shone some light on the topic,” The manufacturing sector has been left out of the conversation a little, they may be situated on this private land that has now been bought and they may be told they will have to close. It’s the land owners that choose to sell the land and they have to deal with businesses”. 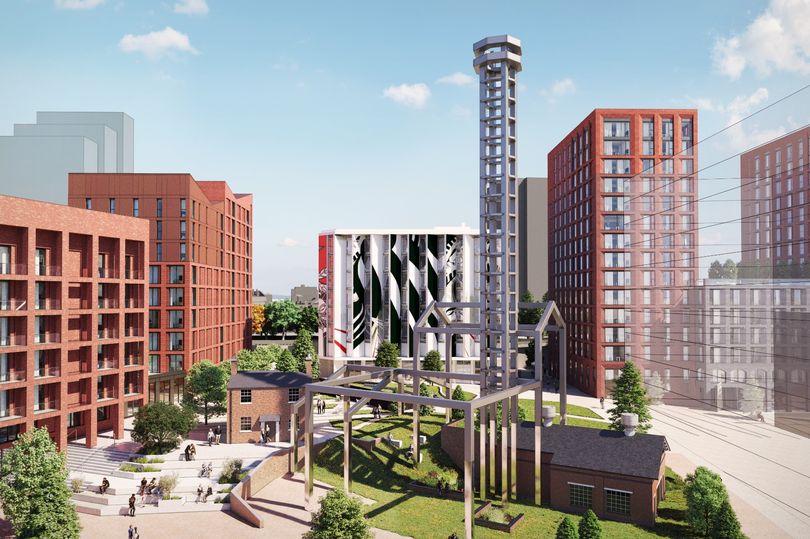 The proposal was submitted to the Council in April, who have been working with Cole Waterhouse, Jez shares;

“This change is driven really by the City Council who want to bring communities back to these areas. There are many developments across Digbeth right now and in 10-20 years time, Digbeth will be a different place.

Digbeth is going back to being residential, there could be upwards of 20,000 people living in the area in the next 20 or so years so we need the infrastructure to support that while also nurturing the existing culture. ” – Jez Collins

It’s easy to compare developments and label them all money hungry corporations looking to build and make a quick buck, but Upper Trinity Street doesn’t seem to fall into that category.

Upper Trinity Street has a different focus than other proposed developments – community. The CEO of the Cole Waterhouse has made many steps to ensure their development will bring people together and create a thriving neighbourhood with new residents, while also improving the lives of existing residents. 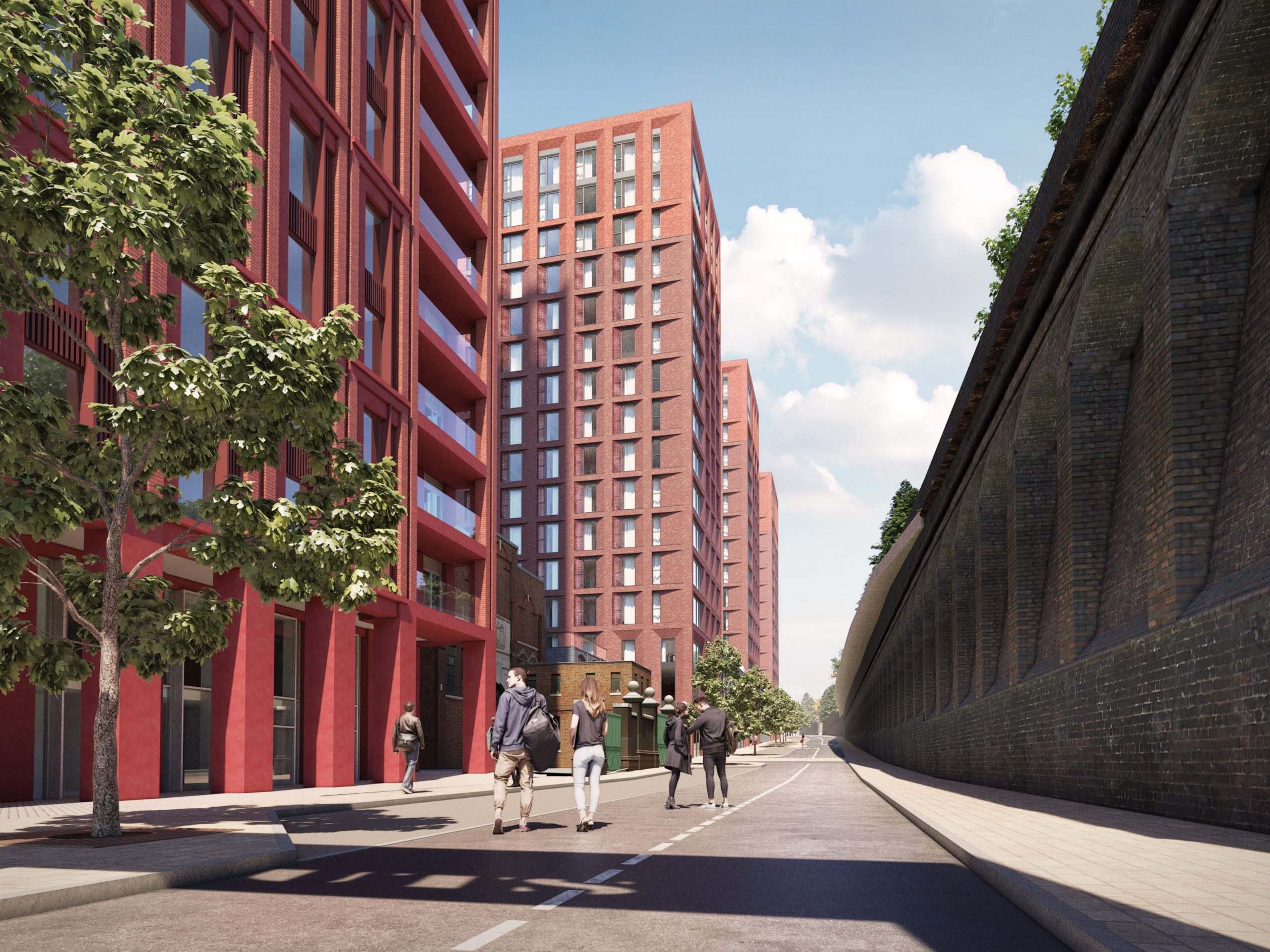 “We are committed to delivering high-quality design which enhances the surrounding environment and community. Our vision is to create a new neighbourhood right in the heart of Digbeth and neighbourhoods need communities, culture and connectivity to thrive and prosper so this has been a driving factor in the development of our plans. We’ve worked really hard to involve the local community as much as we possibly can and look forward to this next stage of the process.” – Chief Executive, Damian Flood.

According to the developers, the community response to Cole Waterhouse’s plans for Upper Trinity Street has so far been a positive one. The company held a public exhibition at The Engine Room in Digbeth where people could share their worries and tribulations.

Jez Collins has been working with the team throughout the planning process to ensure the proposals support and nurture the area’s heritage and culture.

But what is the area’s heritage? Perhaps the most obvious cultural image is that of the Victorian pump house. The pump house was a vital piece of canal infrastructure, rich in Birmingham history which will now be the inspiration for a new art installation by renowned West Midlands artist Tim Tolkien, famous for the Spitfire sculpture on a traffic island near the Jaguar factory in Castle Bromwich.

“The cottage you can see is the Lock Keepers Cottage which was deemed not to be of historical significance and was ok’d to be demolished. This has actually been retained by the developer for community use in the new public park which creates the first bit of green space in Digbeth.” – Jez Collins

But there is more heritage that this massive plot of land is hiding. During the 1940s, Birmingham’s elected council sought to reduce the city’s population with the West Midlands Plan and the city was cut up with the ring roads we’ve become accustom to. Subsequently, the housing estates many Brummies were pushed into throughout the 50s and 60s, were poorly designed and many reports suggest the design of the estate actually accentuated crime and furthered the isolation, disengagement and breakdown of communities.

“Many years ago Digbeth had a fairly big population, where the Cole Waterhouse site is there would’ve been a lot of back to back housing full of working families. In the 1940s there was a city council policy about de-populating Digbeth and moving people out to the suburbs, the community in Digbeth was lost – but now the city council want people to be living in areas like Digbeth, the Jewellery Quarter and over in Detriend and they want to help guide developers. So it’s actually returning to what it always had been, a mixed community of residents, workers and businesses.” – Jez Collins

With the history of the land it may soon sit on, the Upper Trinity Street project may be better described as a re-development as opposed to being a completely new use of the brownfield site.

Though many of us only know the land to be derelict and disused, the project will return the area to what once was, with potential for added extras as Jez explains, “The green spaces through the development, like the proposed Skypark, will be open to everyone in the city. Imagine being able to walk from the city centre along the Skypark, through Pump House Park, stopping off for a drink, then continuing on onto the canal and making your way back into town. That would be a huge thing for Brummies and visitors alike and could really cement Digbeth as brilliant neighbourhood to love, work and visit.” 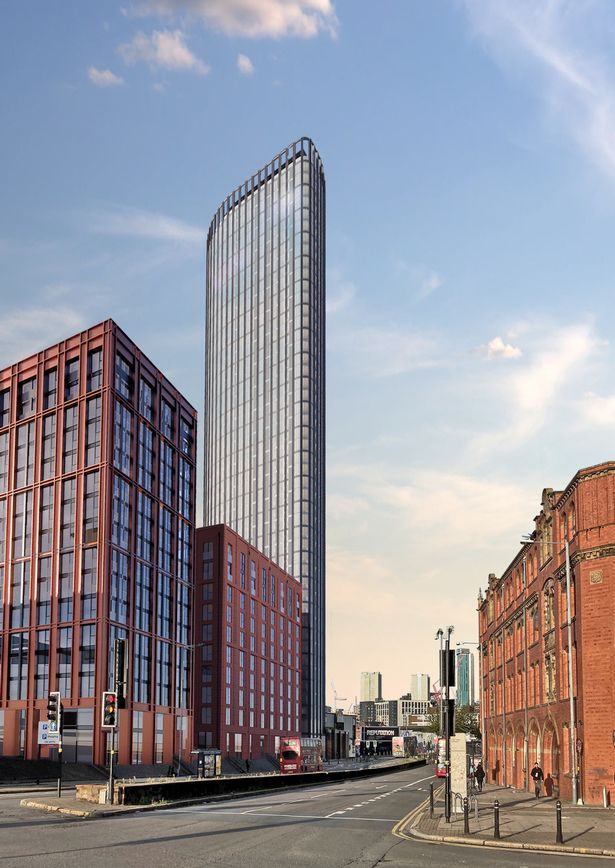 Opposing to the values held by the Upper Trinity Street development in honouring the culture of Digbeth, Court Collaboration submitted plans to demolish Digbeth’s famous Irish Centre in order to turn the former focal point into a 48 storey high apartment block – we find it unbelievable they were the official sponsors of this year’s cancelled St Patricks Day Parade!

The project, planned to be built parallel to the controversial and as yet unproved Stone Yard development, will create 454 apartments to rent as well as 10,000 square ft of amenity space. It will create a huge aesthetic change for Digbeth and the entirety of the high street.

“What I’m trying to say to the cultural sector, which I am a part of, is that we need to be more pragmatic because it’s much more complex than ‘developers are bad’ and ‘culture is good’. To give Cole Waterhouse credit, they’ve employed someone like me to try and have those discussions in this particular development. We need to work together, even if it’s just a conversation” – Jez Collins

With the number of developments being proposed around Digbeth and the council’s interest in creating more residential spaces in the heart of the city, we’re clearly facing some big changes in the future.

BABMAG has previously spoken about the possible beginnings of gentrification in Digbeth, does this influx of development interest back up this statement or is Digbeth rightfully going back to its residential roots?

You can look into the Upper Trinity Street project and even share your thoughts with the project team HERE.