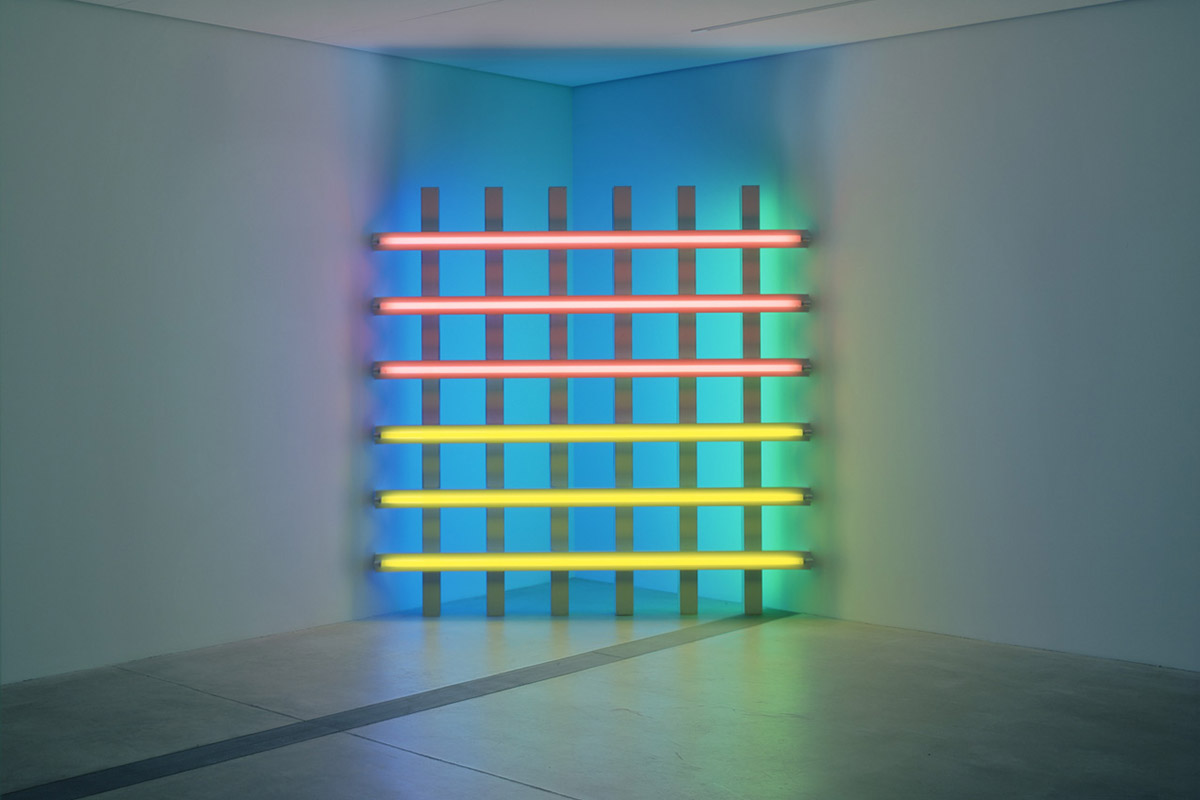 Dan Flavin’s exhibition It is what it is and it ain’t nothing else opened last night at Ikon gallery, taking over the first two floors with fluorescent light installations that hum in the white space of the gallery. The artworks themselves are mainly untitled but dedicated to famous artists, family members and colleagues.

The works are laid out to invoke warm or cool surroundings altering the mood felt in each room, without harsh flickering or blinding light. Much of our time was spent distracted by where the electrics might go; it’s easy to forget when looking at something artistic rather than technological that the traces of the external environment are always removed. This gives the illusion that some of the works are floating in mid-air, whilst other works create visual optical illusions through Flavin’s use of light and tone.

Whilst Flavin received very little arts training he became involved with the abstract expressionist Flavin never created the works until he knew they were sold, instead he would draw a visualisation of the finished work instead. At the time of his death in 1996, he left behind 1,000 unrealised installations. It would have been great to see some of these drawings as part of the collection; however the gallery space lends itself well to the clear surroundings of standalone works, light and space only. There is no illusion, allegory or hidden meaning to Flavin’s work, the viewer is invited to be in the space with the works and enjoy them for what they are and nothing else. Dan Flavin It is what it is and it ain’t nothing else is on now running until 26th June and is free