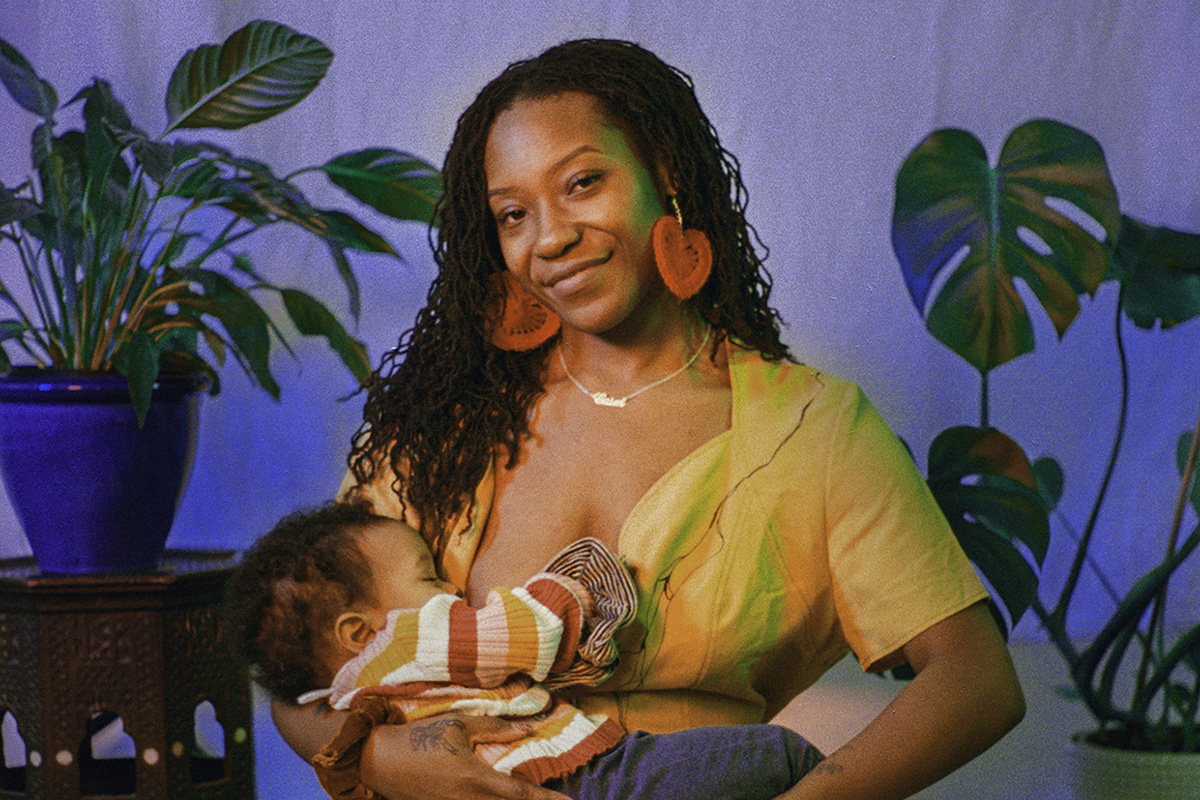 After taking a two year break to invest in her daughter’s early development, Czafari. returns to the scene with matured creativity.

Dropping today, Your Biggest Fan, is an honest love song. In it, Czafari. recounts the juxtaposing joys and hardships of motherhood alongside a mellow RnB beat and flamenco guitar.

Born in 1998, Czafari. released her first EP, Human Legitimation, at the tender age of 18. She went on to headline a number of shows in Birmingham, which culminated in her supporting Detroit multi-instrumentalist, JMSN. Working the music industry she’s also had radio play on Sian Anderson’s BBC show.

Czafari. explained how demanding a new born is, not just on your time, but on your emotional energy as well. When her daughter was born, she became her main focus — pouring everything into making sure her baby had the best start in life. But after a while, it felt like something was missing.

“After I’d done everything for her, it left me too drained to be creative.”

Czafari. realised she’d stopped investing in an important part of herself, which had understandably been taken up with the routines of motherhood. Your Biggest Fan is Czafari.’s first release since becoming a parent, its narrative explains the turmoil present in all honest relationships regardless of who they’re with. When she sings it, Czafari. isn’t just thinking about her mother-daughter relationship, but all of the relationships in her life.

“Normal relationships have ups and downs and it’s important we don’t act like they’re perfect!”

Listening to a lot of Kate Nash growing up and becoming a mom really sharpened Czafari.’s creative focus. Now she’s determined to express herself, no filter.

“My music is my truth, my affirmations, so people know it’s real”

She hopes that the new release will remind people: “women may become mothers, but they can still do anything they put their mind to”. She wants to be a strong role model and plans to start touring in the near future, pandemic permitting. When asked if she would consider taking her daughter along on tour, her eyes lit up:

“As long as it didn’t interfere with her school, I would love to have her with me and I think it would be great for her to see her mom being successful and creative on stage.” — We couldn’t agree more.

Boxing Czafari. into a specific genre misrepresents her musical capabilities. Loosely, she’s an alternative RnB artist, but Your Biggest Fan is tribute to her diversity. The track explores elements of jazz, and Latin music which Czafari. explains is inspired by Spanish singer-songwriter, Rosalía.

Your Biggest Fan bursts open with an intricate flamenco guitar. Then producer, Reece Hayden lays a steady, tropical beat and you can’t help but roll your hips and hands.

Czafari.’s soulful vocals melodically express all the gratitude, frustration and unconditional love she feels for her baby girl. She hopes that the track’s feel good vibes will inspire positivity in listeners and help balance out the struggles of a difficult year. Her future aspirations include making music that everyone can groove to.

You can listen to Your Biggest Fan now on Spotify and all major streaming platforms. She plans to release the second single, I Want, in May before releasing the full EP Messages To You in late summer of 2021.