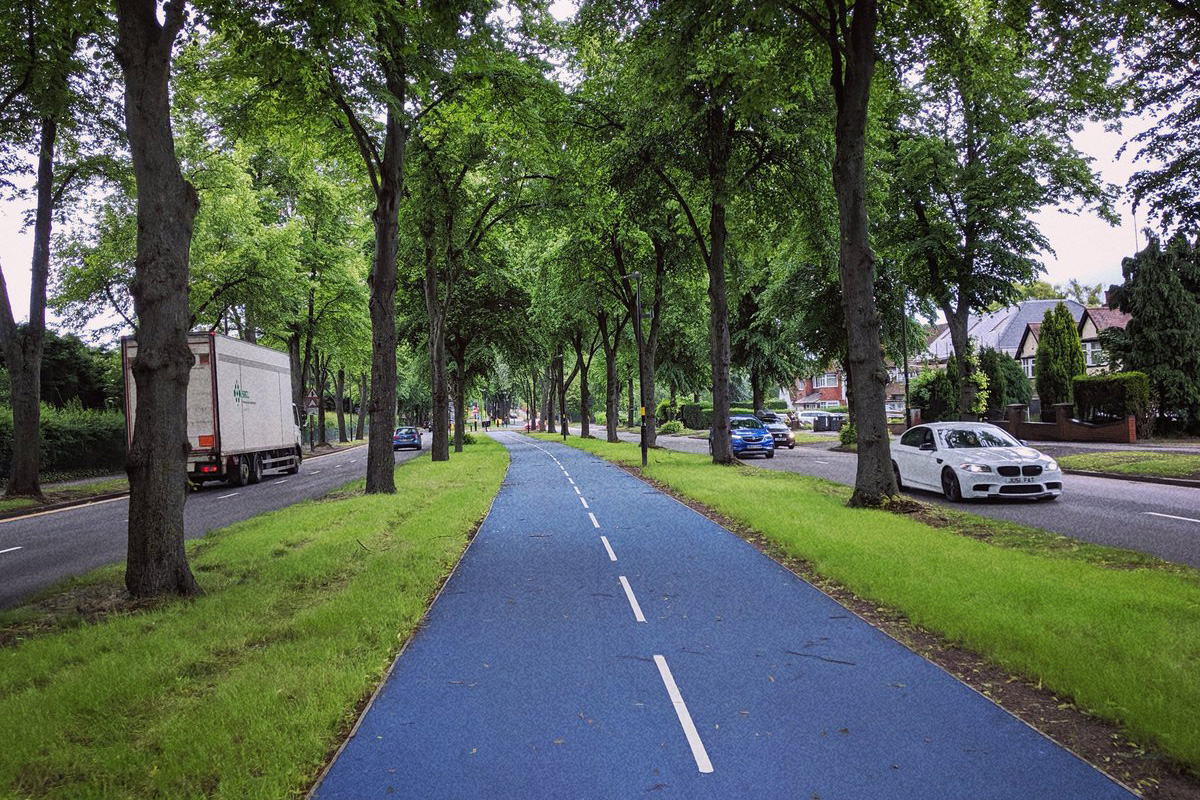 Brum Goes Green: The Plan for a Sustainable Recovery

As Birmingham emerges from a long stint indoors, residents and community leaders find themselves at a key turning point – whereby the pandemic is acting as a catalyst for significant environmental and social change.

The sum of £3.85 million has been awarded to the Transport for West Midlands (TfWM) and the next two months look to hold significant transformations in the way we travel around Brum.

The grant from the Emergency Active Travel Fund promises vital changes to pathways and traffic across the city, including the widening of pavements and pop-up cycle lanes. These changes aim to ensure the safety of commuters, as well as significantly reducing the CO2 emissions of the inner city.

The unveiling of the Green Recovery Plan in June, meant the West Midlands already seemed set to lead the charge for a sustainable future and now with this additional sum, it confirms Birmingham’s new status as a potential frontrunner.

With a firm commitment to carbon neutrality by 2041 in place, the West Midlands’ Green Recovery Plan builds upon this aim. The plan recognises issues such as fuel poverty, the financial strain caused by housing with inefficient energy systems and intends on mass refurbishments to ensure economic security and sustainable housing.

Along with the efforts of TfWM, plans are also in place for an increase in electric charging points in and around Birmingham, with hopes of transitioning the region’s automotive industry towards the production of electric cars.

Outside of Birmingham, the idea of a post-pandemic Green Recovery is being met with much praise, with London Mayor Sadiq Khan championing its potential. This ambitious national sentiment for a sustainable future, as laid out by Chancellor Rishi Sunak via his green home grants, seems promising.

However, in praising these methods, greater questions are raised about the viability of so-called green schemes and whether more can be done.

Across social media, many were quick to lament the impact of human activity on nature during the beginning of lockdown. As we witnessed beaches and rivers clear of pollution, hashtags began to emerge proclaiming “we are the virus”. Although that sentiment felt callous, the concern over environmental recovery in the wake of human pollution is still very present in the aftermath of lockdown.

As lockdown began to ease, the public began to embrace outdoor socialising, but with it littering and fly-tipping soared, perhaps proving the prior callous sentiment correct. With residents queuing at recycling centres and tips from 3:30am in some areas of Birmingham, it seems that waste management is a small but vital pitfall for the ambitious post-COVID green recovery.

To truly sustain a Green Recovery, the efforts of Birmingham City Council need to incorporate several spheres of inner-city living, far beyond the immediate considerations of commuting post-pandemic. With Birmingham’s considerable range of bars, restaurants and businesses, greater assurances need to be taken to ensure households and businesses alike are committed to an environmentally conscious future for Birmingham and beyond.

“We urgently need to see a clear funding strategy for supporting public transport in its time of crisis, a long-term strategy to ensure all buildings are warm and cheap to run, reversing the catastrophic declines in nature, and investing in the technology of the future.”

Indeed, Venables’ doubts over the longevity of the Green Recovery are apt, particularly given how intimately tied the changes are to social distancing. The recent grant, for example, is tied to government fears over the use of public transport, and the issues it may pose of infection and greater risk of a second wave. However, with many continuing their travels by car, these improvements may fail to distinctly improve Birmingham’s traffic systems.

Additionally, questions should also be raised over the green recovery’s intersection with social distancing, and the ‘new normal’ – how can you sustainably fight a pandemic, when disposable masks are not made to be recycled? How can you fight climate change during a pandemic when PPE cannot be recycled or reused, for fear of spreading further infection?

As Venables suggests, many fear that the Green Recovery may well be a tokenistic gesture to temporarily appease climate change activists. Despite the Government’s potential tokenism, Birmingham has great potential as a training ground for Green Recovery.

As the second city, the actions of Birmingham authorities have the potential to inspire and emulate the greater goals of the Green Recovery. However, this can only truly happen with sustained, consistent commitment by Birmingham councils and residents alike. So, for now, prepare to enter a brave, new and environmentally conscious world in the post-pandemic.