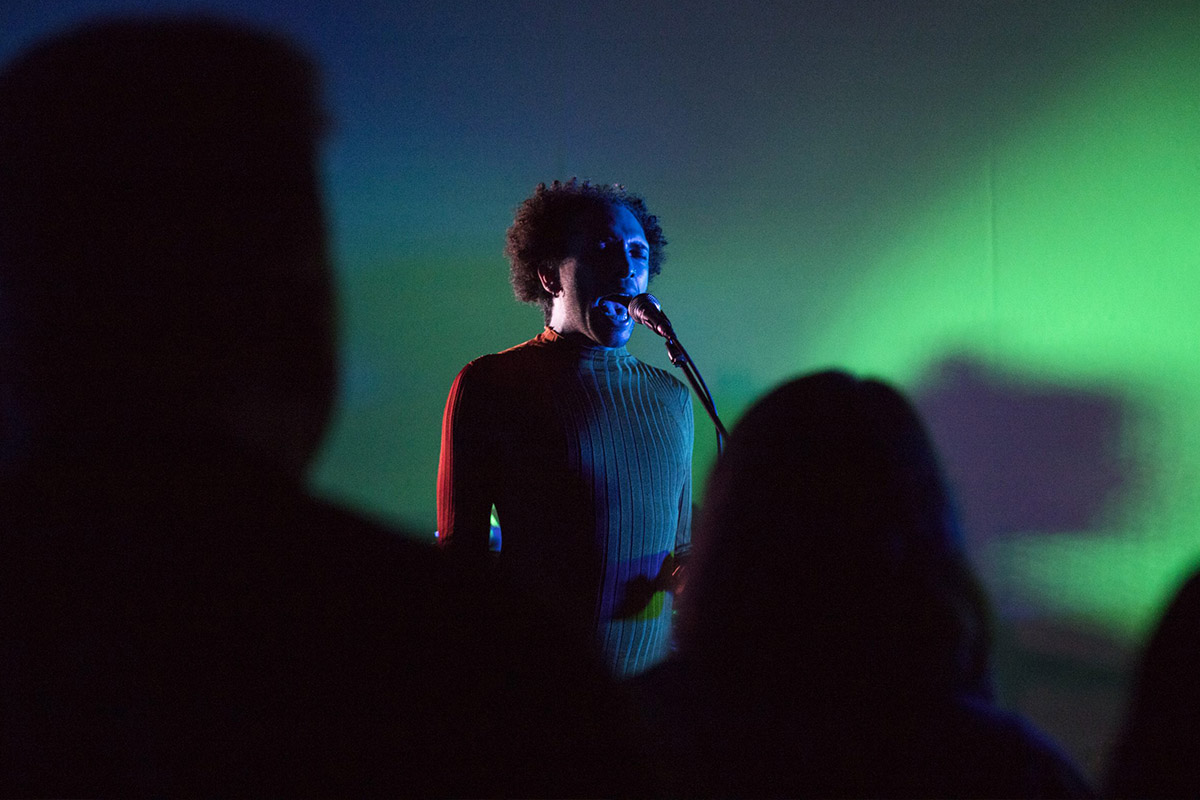 Derived from the queen of the Iceni who led the Britons in revolt against the Romans, Boudica is a fitting name for Coventry’s all womxn festival.

Creating their own stand against the white male dominated music industry, the festival returned to Coventry’s Herbert Gallery for its third addition; celebrating the talent of womxn in both performance and non-performance aspects with female and non-binary sound technicians, lighting engineers and photographers working behind the scenes.

Walking through Coventry’s historic cobbled Bayley Lane, we were almost transported to a pre blitz narrative, was it not for the sound of heavy, psychedelic guitars drifting through the streets. Following the riffs, BABMAG arrived at the Herbert, a gallery that explores Lady Godiva’s emancipatory legend making it an apt location for the festival.

Festival goers were greeted by the Covered Court Stage where Los Bitchos’ ‘tequilla fuelled trip’ weaved through the air amiss bunting and dimly lit fairy lights. The five-piece instrumental band oozed confidence and set the tone for the festival. Taking influence from Peruvian Cumbia, they fuse together funky bongo patterns with experimental rock riffs. Although the audience was a little sparse at first, it quickly gained mass and movement as people were unable to fight the groove of the Cumbia beat.

Across the walls, posters reminded attendees that this is a safe and inclusive space and encouraged people to reach out to staff if they felt uncomfortable, a marker which cemented the thought that this wasn’t just a talent show, but an experience for all to enjoy.

Hosting three stages this year, Boudica Festival showcased a diverse range of genres, providing a platform for up and coming local talent, like the 16 year old band The Marilyns whose indie beats came across as endearingly shy. To more established artists like Mamajay Juliet, who’s behind the Pamoja Music project, aimed at helping fund musicians from migrant backgrounds, who on the day serenaded us with her vocals, sax infused melodies and reggae undertones. Mamajay then enticed the crowd into dancing along with her; something that epitomised the inclusivity message of the festival.

The standout performance came from TrueMendous, who combined lyrical play with hip hop, afro influences and neosoul. Despite some sound issues – which saw Virginia Wing later storm off halfway through their set, giving the festival the rock ‘n’ roll edge – TrueMendous captivated the audience with her fast paced, humorous and hard hitting wordplay. Dancing amongst the crowd was Janel Antoneshia, whom True invited up on stage for their collaborative song, ‘She Know’s She Nice’ – a song about challenging society’s expectations of women.

We have to point out, Boudica were very good at adding the little touches. Coventry’s Secretknockzine hosted an arts and craft chill out area where people could take a seat, relax and curate their own pocket sized magazines. In the gender neutral toilets sanitary towels and tampons were laid out and free workshops were offered across the night, including a DJ workshop run by Tor da Force, a promoter and DJ who has played the likes of Glastonbury and Boomtown, and a coding workshop which inspired us to create, showcase and learn new talents as well.

To finish off the night, everyone flocked back to the Covered Court Stage where London’s Tusks vented her anger about Tory MP, Christopher Chope, blocking the upskirting bill in an ethereal anthem. This was reminder for the need and importance of these kind of events; where womxn are empowered to take steps towards fighting for a more equal scene.