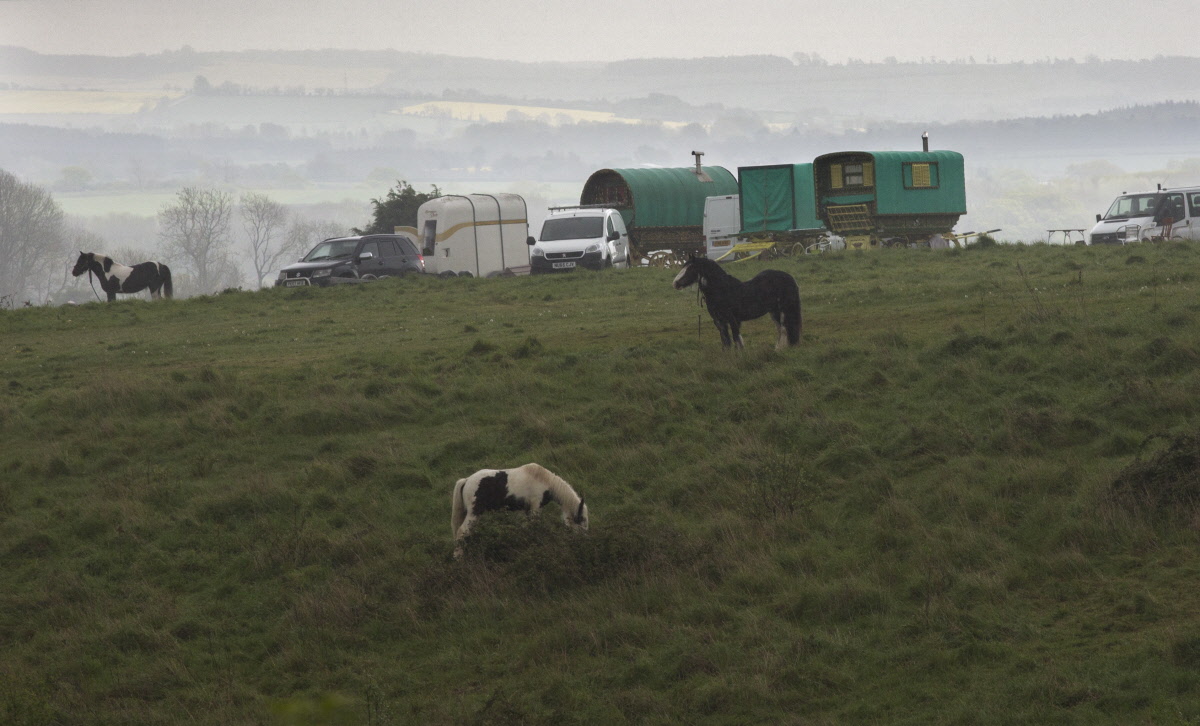 Bill Threatens Gypsy, Roma and Traveller Communities in the UK

The Police, Crime, Sentencing and Courts Bill (PCSCB) has been one of the biggest threats to democracy in our lifetimes.

While most of the damaging aspects of the bill proposed by the government have been defeated, one section still threatens one of the UK’s most marginalised communities.

The PCSCB sparked national outrage last year after it was announced that the government intended to ban protests deemed ‘too noisy’ or ‘disruptive’, essentially criminalising peaceful protests in England and Wales.

Alongside these proposals were plans to make trespassing a criminal offence, a law that directly attacks the nomadic lifestyle and cultural practices of Gypsy, Roma and Traveller (GRT) communities across the UK.

The bill (PCSCB), which is currently in its final stages in Parliament, would make living in unauthorised encampments punishable by up to three months in prison or a fine of up to £3,200.

The House of Lords recently voted down [against] a number of the suggestions in the bill, including allowing police to stop and search anyone at a protest “without suspicion” and voted in favour of new amendments that, amongst other things, would scrap the power to impose conditions on protest marches judged to be too noisy, whilst also protecting Parliament Square as a place to protest.

While many are celebrating the rejection of a move that would have seen the recent anti-war protests in response to Russia become a criminal offence, the section regarding traveller communities remains entirely unamended, meaning its chances of becoming law have increased massively.

GRT communities have faced a long history of racism and prejudice in England. If enacted, the bill would make it legal for local councils to discriminate even further.

At present, in order to obtain a campsite, permission is needed from local councils. Many of them use this opportunity to deny traveller communities a place to settle, meaning their only option is to illegally set up campsites. If the bill passes in its current form, the traveller way of life may be almost entirely eradicated in the UK.

Campaigners and even the Council of Europe’s Commissioner for Human Rights agree that the move is immoral, especially considering the other main reason for the high numbers of unauthorised campsites is a lack of sites in general. The law would force traveller communities to choose between homelessness and breaking the law.

However the new law would have much bigger implications. If communities are unable to pay the fines, or are imprisoned, the children in their care may be forced into Child Service’s Custody, ripping apart entire families.

The proposals also specify that the number of vehicles permitted on the land should be no more than two, meaning travellers would not legally be allowed to convene and live in communities as they do now.

The Welsh government has responded to the UK government’s outrageous plans, voting instead to withhold consent to Part 4 of the Bill, the part affecting travellers.

It’s likely that the bill will ‘ping-pong’ [a term used to describe a bill being sent back and forth between the House of Commons and the House of Lords as they try to agree on amendments for the final bill] for a long time, however the final text needs to be decided upon before the next Parliamentary year beginning in March/April.

If you’d like to stand in support of the GRT community, the Friends Of The Earth petition to remove harmful sections of the bill, including Part Four, can be found here.

There are also several demonstrations coming up to protest the purging of the GRT culture proposed in the bill, including one at 12:30pm on Wednesday 7th July, held at Parliament Square by Drive2Survive, a Gypsy, Roma and Traveller rights group.

It’s likely that the proposals will resurface under a new bill next year, so be sure to keep an eye on the ‘Kill The Bill’ movement and Instagram page to follow updates, protests and general rebellion on the issue.