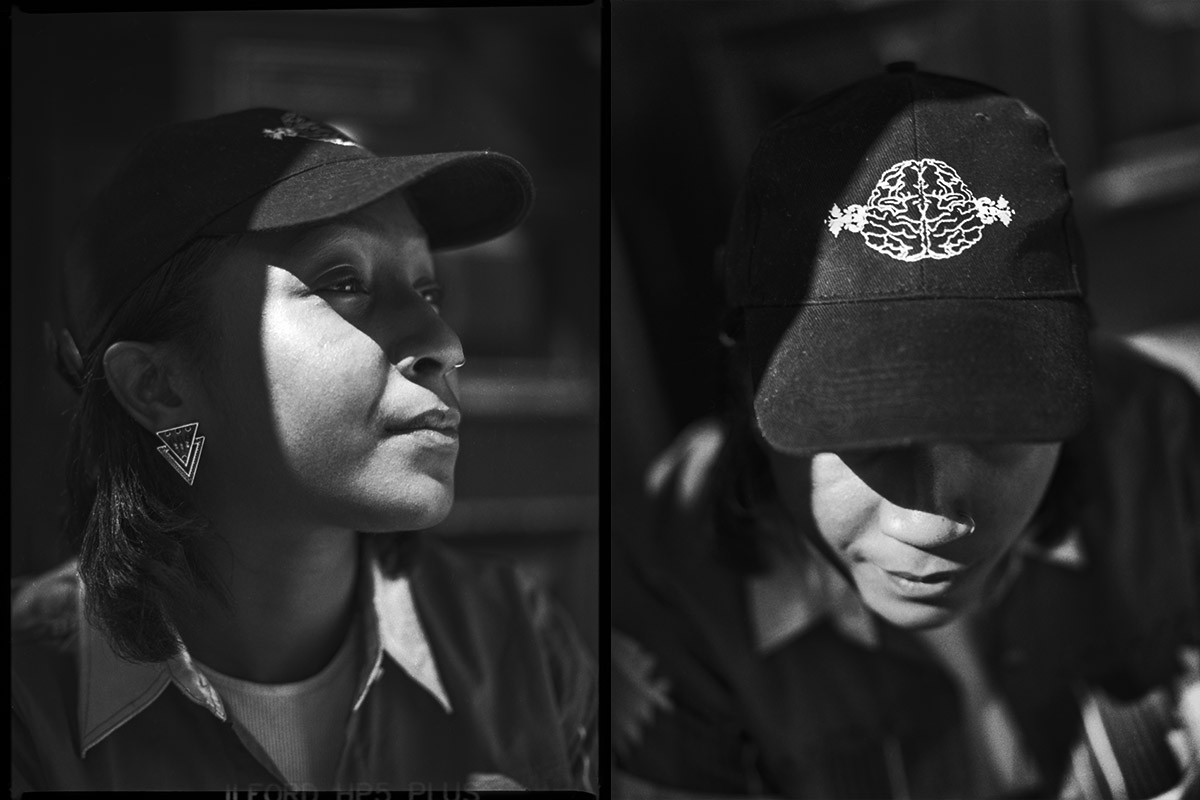 Don’t fret too much if you’ve not heard Lady Sanity’s music. She’s a bit of a cult-concern round these parts. But then so were The Streets at one point. Things change. Things change a lot quicker than they used to. Lady Sanity’s come up will be short-lived but for all the best reasons. Cult concern is a label she is out-growing. And fast.

Lady Sanity’s lyric-heavy raps hark back to classic 90s hip hop. But not because she consciously makes music that wishes it was born a lot earlier, but because story-telling was the biggest element of 90s hip hop. And telling stories, discussing ideas and promoting positivity is part of what Lady Sanity’s music is all about. So you can’t help but be reminded of A Tribe Called Quest and The Pharcyde when you play this Birmingham based rapper through your headphones. Rap is constantly evolving; reliving its past and reinventing itself at the same time. It’s hard to keep up. It’s also pretty hard to keep up with Lady Sanity’s light-speed lyricism that is full to the brim with broadcasts straight from her cranium.

She’s been happy to exist as a hidden treasure buried in amongst the West Midlands music scene. But through the busy activity on her SoundCloud page and via various live shows across the UK; she has been winning the appreciation of hip-hop heads whom her lyrics really speak to. She even counts Little Simz amongst her slowly building a fanbase. Lady Sanity met Little Simz when she tore up a set in Birmingham; after the show, Simz asked Sanity to spit for her on the spot and Simz was blown away. Slots at Glastonbury and BoomBap festival have also been won by the sheer tenacity of Lady Sanity. Her music is taking her global without any prim and proper PR campaigns.

With her style of music leaning heavily towards a more traditional form of rap music and away from lean references and money boasts; it’s easy to see Lady Sanity winning the appreciation of music critics and rap purists and their appreciation alone. Dig a little deeper however into her short but sweet back catalogue and you’ll unearth radio-ready choruses in no time. Be prepared to dig a little deeper with Lady Sanity’s music. She’s here to discuss ideas, project concepts into the conscious of the masses through music but that doesn’t mean she has an overarching sense of ‘holier than thou’ that some rappers carry.

Lady Sanity is just like you and yours. Except she can rap. She’s exceptional at it an’ all.

Listen to Lady Sanity on Soundcloud

STAY AT HOME
●
SPEAK OUT AGAINST XENOPHOBIA
●
LISTEN TO BABMAG MIX 005
●
SUBMISSIONS@BABMAG.CO.UK
●
BUSINESS AS UNUSUAL
●